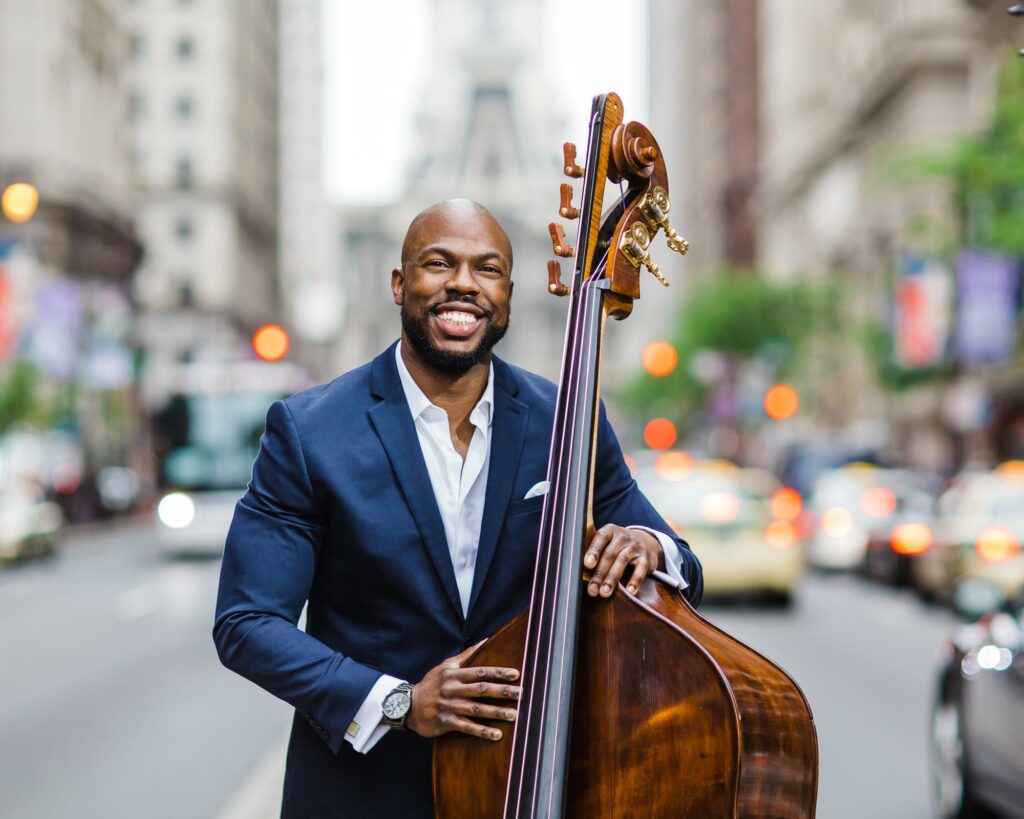 Described by the Grand Rapids Press as “a lyrical musician who plays with authenticity that transcends mere technique,” Conyers has performed with numerous orchestras as soloist including the Alabama, Flagstaff, & Richmond Symphonies, the Chamber Orchestra of Philadelphia, and the Sphinx Symphony having won second prize at the 2004 Sphinx Competition in Detroit, MI. In 2008, John B Hedges wrote Conyers a bass concerto, “Prayers of Rain and Wind,” commissioned by the Grand Rapids Symphony.

Conyers, a graduate of the Curtis Institute of Music, received his bachelors degree studying with both Harold Robinson, principal bass of the Philadelphia Orchestra, and double bass soloist, Edgar Meyer. Other mentors have included David Warshauer, principal bassist of the former Savannah Symphony, Daniel Swaim, and Albert Laszlo.

Conyers is the recipient of numerous awards and honors. He is a 2019 Sphinx Organization Medal of Excellence recipient, an honor accompanied by a substantial career grant and ceremonies at the Kennedy Center and the Supreme Court of the United States. In 2018, Conyers received the C. Hartman Kuhn award, the highest honor bestowed a musician of The Philadelphia Orchestra and selected by its music director, Yannick Nézet-Séguin. In 2015, he was the recipient of the inaugural Young Alumni Award from his alma mater, The Curtis Institute of Music. In 2007 Conyers was named one of “30 Leaders 30 and Under” by Ebony Magazine. In 1999, Conyers was one of the first guests on a pilot show taping of NPR’s “From the Top” with host Christopher O’Riley.

Conyers performs on the “Zimmerman/Gladstone” 1802 Vincenzo Panormo Double Bass which he has affectionately named “Norma.”