Spark was an award-winning publication by the College of Fine Arts that is published three times a year. Spark won 15 Editorial and Design Awards (3 Platinum Awards, 10 Gold Awards, and 2 Honorable Mentions) from the MarCom Awards, an international creative competition for outstanding achievements by marketing and communication professionals. Spark won the 2016 American Graphic Design Award from Graphic Design USA.

Behind the Scenes with CFA’s Innovators, Activists, & Boundary–Pushers

Since the beginning, the College of Fine Arts has been a pioneering leader in the arts. Inspired, inventive, and imaginative students, faculty, and alumni generate unique and impactful programming for the College, University, and the city of Boston. The School of Music, School of Theatre, and School of Visual Arts continue to weave into the fabric of Boston’s arts scene with performances and exhibitions at arts venues across the region, including Symphony Hall and the newest addition to the Boston performing arts world: the Joan & Edgar Booth Theatre. CFA artists find inspiration in and bring their art back to the city, from a sidewalk in Chinatown to a brewery in Somerville.

It’s a new era for College of Fine Arts, with the opening of a new theater, launch of new design facilities and production center, and the welcoming of a new dean, Harvey Young. Join us as we keep experimenting, growing, and pushing creative boundaries.

In Conversation with the Dean
The Spark team recently chatted with Harvey Young to discuss his new role as CFA Dean, Boston, and his love of the arts.

The Art of Protest
In conjunction with the Symphony Hall concert, the School of Music & BU Arts Initiative host a discussion on the role of arts in social change.

We the People of CFA
Armed with imagination and a love of bold colors, CFA alum Mia Cross creates public art for Boston neighborhood focused on a collective American identity.

Setting New Stages
The BU School of Music Opera Institute is immersing itself into the Boston theatre scene.

Beyond the Classroom and Into Boston
CFA students selected to display work for new audiences at marketing conference.

The Home of Creative Research

Artists thrive in unexpected circumstances. It is in these moments when new doors open, the old is made new, perspectives reframe. Performers, photographers, conductors, and teachers find beauty in the forgotten, work in concert to achieve positive social change, and discover their classrooms on the stage, in the gallery, on the sidewalk, with each other. In this issue, read about the artists who invigorated a forgotten rural town with music; see how actors and artistic directors make the most of a peculiar, overlooked studio to bring the Cabaret to Comm Ave; meet a new conductor eager to inspire and be inspired by BU Orchestras; challenge the expected order with music educators and visiting artists. Take a page from CFA’s book and turn the predictable on its head. See where it takes you.

A Conversation with Bramwell Tovey
New conductor on joining the School of Music, expressing deep human narratives through conducting, and getting down to the music.

A Decade of BCAP
School of Theatre’s professional extension redefines the student-teacher relationship.

Alive & Kicking
Sculpture and Movement students inhabit artwork like never before in 808 exhibition.

From Classroom to Community
Music Education students on instilling a love of music in others, one passion project at a time.

‘Sitting Pretty’ in an Old Buick Dealership
With new theatre in production, the School of Theatre tenaciously approaches creative stage design around campus.

According to Rebecca Ness (CFA’15), painting fabrics, attire, and the people behind them is a way to explore the ways in which “people curate themselves and what they want to communicate to the world.” At the beginning of a year characterized by growth and evolution at the CFA, this issue of Spark dives right in with stories focused on themes of embracing transitions, taking risks, and defining identities, as individuals and as a community.

Read about artists, performers, and composers whose work is bursting at the seams of expression—both figuratively and literally—from the BU Art Gallery to the newly imagined Studio ONE. Join current students on their own journeys of self-exploration around the world, from stages of Berlin and Carnegie Hall to sketch-writing studios in LA and galleries in Chelsea. The CFA community is characterized by purposeful makers and passionate minds, and they’re ready to share their stories.

Reimagining Fringe
A reconstructed space engages the community and embraces for the unknown with the annual opera & theatre festival.

Minimalism Made Monumental
Reflection on an immersive CFA trip to Marfa.

From One Dream School to Another
CFA alum Rebecca Ness discusses the foundations of painting, witnessing history as sketch artist for a high-profile Boston trial, and a future at Yale.

Communicating. It seems easy enough. Just say it, right? But, amidst chaos, opinions, and differences, it’s hard to know if words are read, if sounds are heard, if expression is seen.

Still, this back and forth flow of dialogue is an essential ingredient in art. Here at CFA, art and the world intersect and interact every day. They must. In this issue, we give voice to expression. Whether it’s personal or political, traditional or experimental, artists respond and question and wonder and act. From a genre that bridges classical and fantasy, to community impact that’s sprinkled in fairy dust, to courses that pronounce art’s place in leading conversation, to movement that amplifies expression, let’s indulge imagination, let’s believe in possibility, let’s be open to ideas, and let’s inch closer to understanding.

On the heels of a historic election, discussions of unity and divisiveness consume  the media landscape. Everyone wants a place in the discussion.*

Yet, the idea of forging meaningful and creative shared experiences is nothing new for BU students. As a global community of artists, CFA students come from
all corners of the world. These conversations are simply part of everyday life on campus.

As we look toward 2017, this issue brings you stories of artists who are finding common ground within their communities, promoting unheard voices in their fields, and shaping what art means in the zisc century. These students don’t shy away from asking the difficult questions. Now, we challenge you to do the same.

*Heck, even Starbucks debuted a green line of cups in the name of humanity this holiday.

You’ve heard it a million times before: start small. But why start small when you’re in a vast community bursting at the seams with big ideas and abundant enthusiasm?

Suffice to say, small isn’t our thing. This year, we’re putting the pedal to the metal, building colossal new spaces, playing gig after gig, collaborating on plays and prints, and contributing our two cents* to this world. Around here, we start with art, but then we go bigger. Let’s do this.

The View from the Top Welcome to 2016

We hope that you’ve had a chance to relax, recharge, and maybe even make some resolutions!*

Artists have a love/hate relationship with starting over. That phrase “from the top” often comes after a mistake; someone missing a note or a line, or even losing a Photoshop file. Yet it’s through the repetitive process of going back to the drawing board that artists find a path through the material, making new discoveries along the way.

In that spirit of new beginnings, this issue brings you stories of artists bringing fresh perspectives to the STEM fields, new courses that foster an atmosphere of collaboration,
and a sculptor whose work in other countries teaches him about the commonalities of humanity. As we look forward to a 2016 filled with repeated beginnings and satisfying endings, we invite you to join us in the conversation. From the top!

Welcome to Spark, the new bi-annual publication from the College of Fine Arts at Boston University.

When the College of Fine Arts moved into the former Noyes Buick dealership in 1954, the phrase “adaptive reuse” had not yet entered widespread usage. But this spirit of simultaneous preservation and adaptation, the sentiment of making better, rather than just making do, is a feeling that all artists share. Inspired by the industrial “bones” of our building, and eager to tell the stories of our artistic community, we have re-conceptualized and reengineered what was once just an events calendar into a publication that fully celebrates the College of Fine Arts.

We hope you’ll be excited by our events, and stirred by interviews with our energetic, extraordinary students and faculty. Without further ado, let the sparks fly! 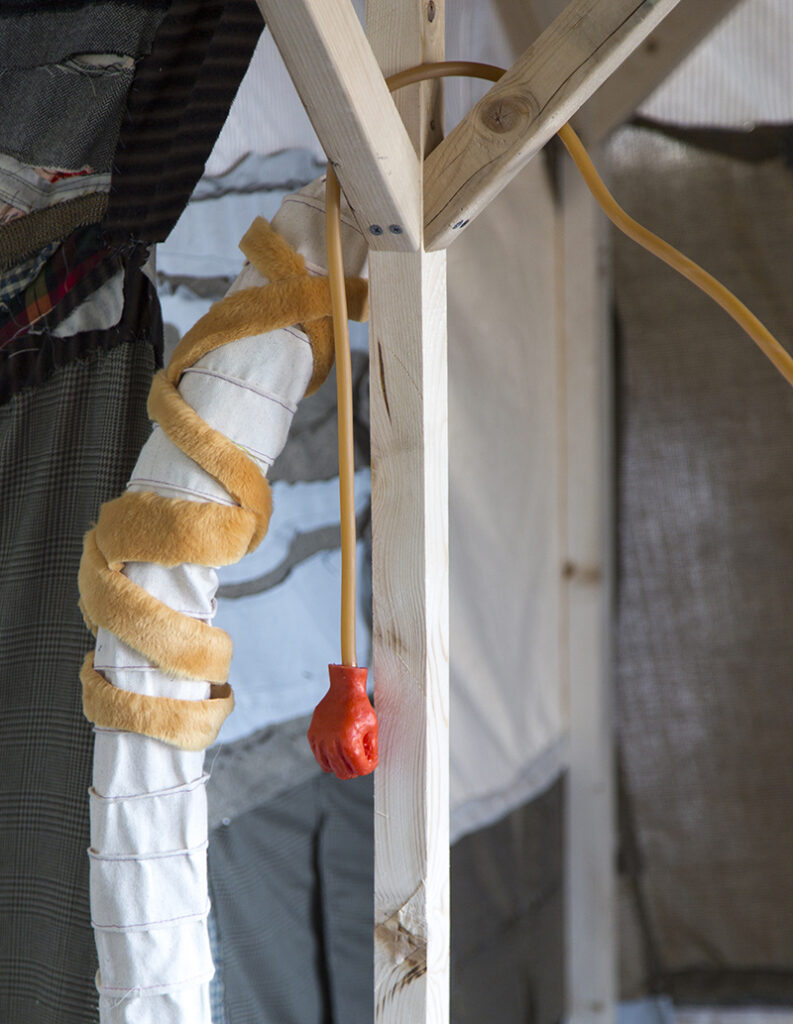