TV directing: Getting and Keeping Your Foot in the Door

Michael Medico likes to say he put himself through his own TV directing MFA program. It took 7 years from the time he shot his first short until fellow CFA Terrier Peter Paige (CFA’91) gave him his first TV job directing The Fosters. Now, 3 years later, Michael is about to direct his 10th television series (CFA alumna Krista Vernoff’s Station 19) and has four other shows booked to direct in the next 6 months. He discussed where to begin, how to prepare for a meeting, shadowing, and how to keep getting asked back once you book the job.

Missed the talk? Check it out here. 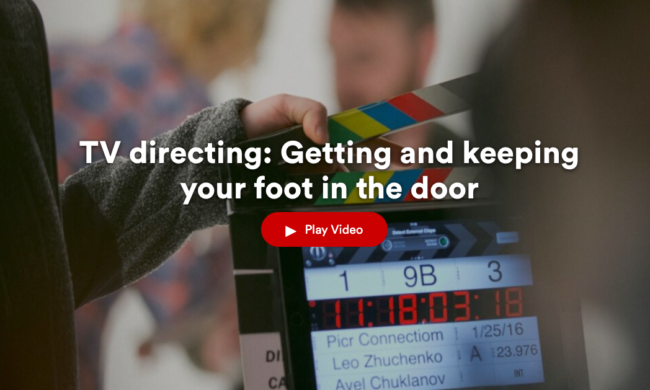 StreamBU is a weekly newsletter that highlights all the great live and on-demand video, audio, and online social opportunities offered to BU alumni and friends. Many of the webinars that are highlighted on the StreamBU newsletter are recorded and available for on-demand viewing at your convenience.