What is a restaurant?

In today’s omni-channel foodservice system what exactly does it mean to say something is a restaurant meal?  Does it mean a full formal dining experience with a chef-prepared customized meal, presented by a waiter to a guest at a table with a white tablecloth or can it be a hand-made burrito delivered by a kid on a bicycle working for a third party service directly to your front door?

Ultimately the question comes down to determining the two main components of a restaurant, food and service. For the food the questions are: how fresh is it; what form is it in; and how close to immediately edible is the preparation of each meal? For the service the main question is: how much supplier labor intensity is required versus how much consumer labor intensity is necessary?

The Evolution of Form and Function

Just a few decades ago the restaurant experience was divided into only two categories, Full Service (or “white table cloth”) and Limited Service (or “counter service’) restaurants.  Both were built on the requirement that food was personally served by someone to the consumer, typically in a very structured menu format, inside a simple square meter of physical space.  The diner was expected to have a working knowledge of this system: being informed of the hand crafted preparation in the kitchen by the trained chef or a skilled short-order cook; the nature of the logical flow of the courses as they were presented; and how to order and pay (including how to properly leave a tip).  For the vast majority of customers this was something done only on special occasions or when dining away from home, and could be too intimidating to master.

Then in the mid-1950’s came a new upstart, the Fast-Food or Quick Service Restaurant, which by being systems based and not chef driven created a new approach to how consumers viewed the dining experience.  In a disruption of tradition, both the composition and order of the meal (“…if I want to eat my fries before my burger, who cares?”) and the concept of self service (“…no waiter, no tipping, I’ll gladly clear my own table”) were controlled by the consumer, not the supplier.  Much of the food was prepared in an off-site facility and assembled to order or batch cooked by semi-skilled kitchen workers. Once the drive-thru window came into play, the need to even get out of the car for a meal disappeared (“…is my front seat a restaurant?”).  Anyone could use this system at any time during the day. While the QSRs were not originally considered “real” restaurants, dining out became an easy and every day option.

During the 1990’s the market saw the explosion of the Casual Theme restaurant which took all of the formality out of Fine Dining, including the white table cloth, and significantly sped up the dining process. Table service was still an integral part of the experience but with less personal connection to the waiter as food was often delivered by a runner directly from the kitchen. Standardized meal choices were assembled on-site by slightly more skilled journeymen led by a kitchen manager instead of a chef, who used a mass customization process to match the individual desires of the consumer.

In the last decade the Fast Casual restaurant came to the attention of the consumer public. This new hybrid is a mix of the self-service from fast food with the consumer selection options presented by a traditional cafeteria system.  Table service is replaced by a modified multi-phase counter service with customers being given more customizable options, whether by a barista or a burrito-maker.  This customization is made possible with the return of an on-site short-order cook who assembles to order food which has the appearance of being hand-crafted, but is prepared in a batch style and often brought in from an off-site commissary.

This brings us up to date where we are witnessing an explosion of segments and dining choice. Today we see a marketplace of narrow segments (Casual Elegance, Food Trucks, Grab & Go, Build Your Own, GastroPub, Convenience Store, Market Hall, Delivery) and other fine grained niches that defy simple categorization.  For example, Panera Bread is a leader in the fast casual segment while filling the role of the top retail bakery/café offer. But it also leads in the technology of smartphone based customized take-out.  The top of the food chain for fine dining is at one and the same time a celebrity chef-driven stratospheric offering such as Keller’s French Laundry or a standardized, national prime aged steakhouse chain like Del Frisco.  For the dining public, what exactly does Casual Elegance mean except that there are no tablecloths, there is a wine list and expensive cocktails, no chef and the wait staff wear logos on their shirts? What really is the difference if I buy a packaged turkey sandwich at a Pret a Manger, at a 7 Eleven, or at a Whole Foods?

Where Are We Heading?

So, the answer to the question “what is a restaurant?” can really only be answered with “it depends.”  What does it depend on- mainly how the dining public continues to redefine how, when, why, where and what a meal actually is?  Is a smart phone a modern day vending machine? Is a communal table in a market hall a dining room? Is a “sous vide” pouch heated by a chef in a two-star restaurant a freshly prepared dinner? Is Chef Chang’s Ando really a restaurant or just a conceptual kitchen? Are Just Eat, Grub Hub, Deliveroo, Uber Eats and Amazon Prime just waiters expanding the last square meter of personal restaurant service? The answers are probably all yes.

When someone wants to eat, it might be better to ask “what isn’t a restaurant?” 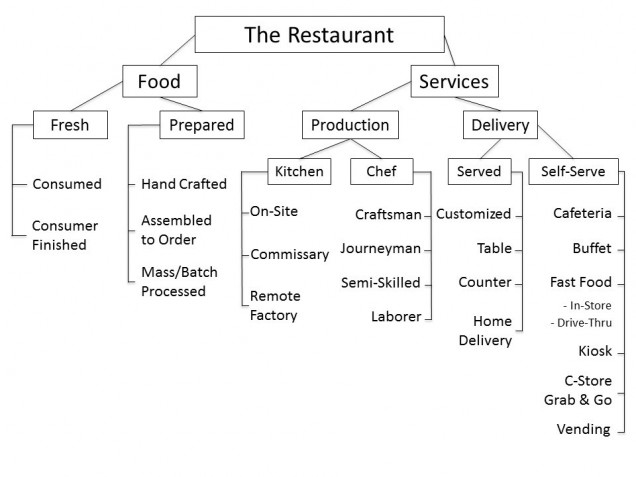 A Restaurant Taxonomy for 2017

If I Bring It Home To Reheat For Dinner Tomorrow, Is It A Restaurant Meal? 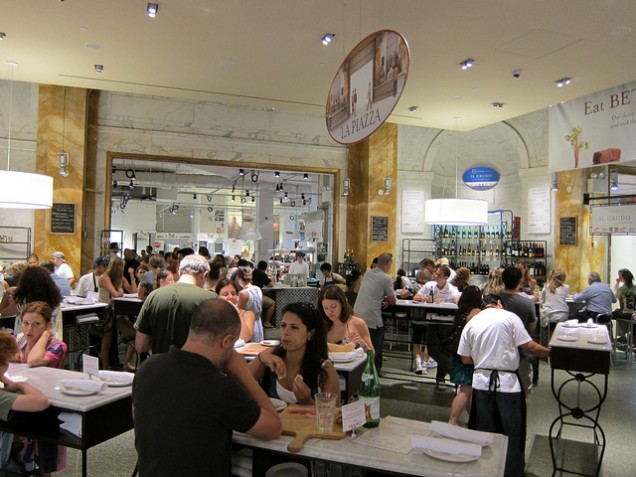 Is Eataly a restaurant or a market? 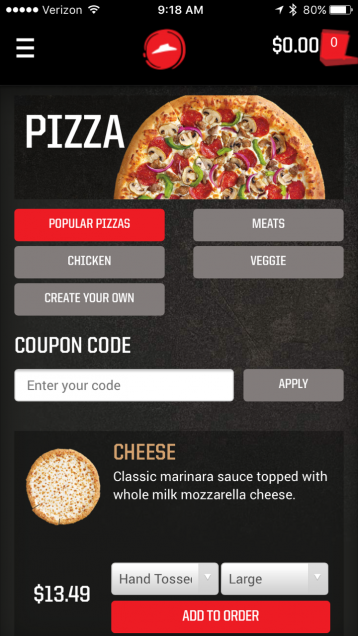 What Does It Mean If My Pizza Restaurant Is On My iPhone? 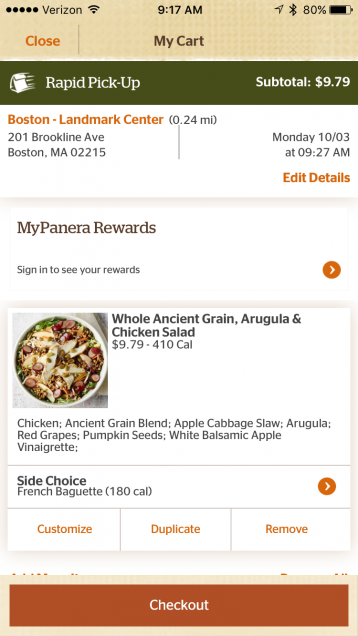 If I Pick Lunch Up In 10 Minutes And Eat In My Office Is It A Restaurant Meal? 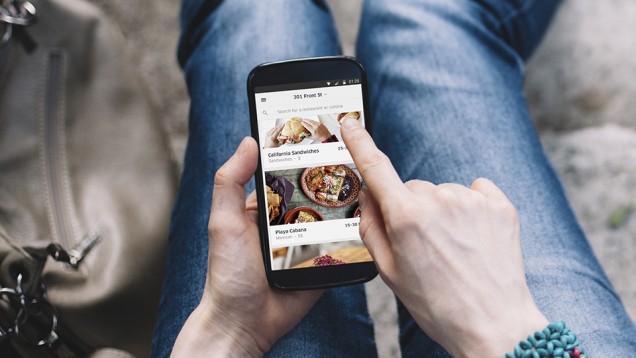 How About Dinner Arriving Via UberEats in 3 Minutes To My Front Door? 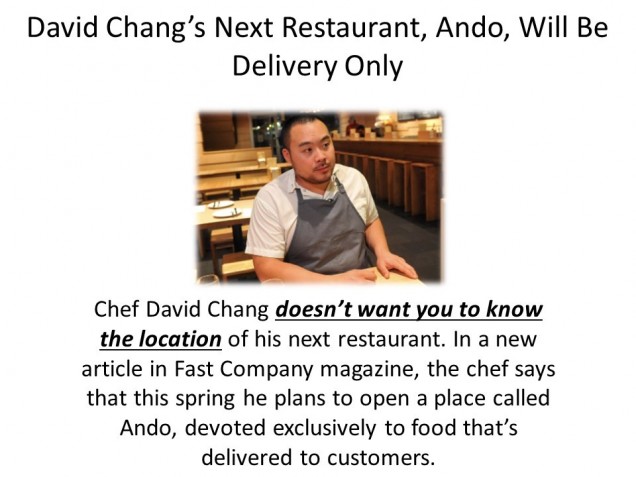 Is It Really A Restaurant, Chef Chang?