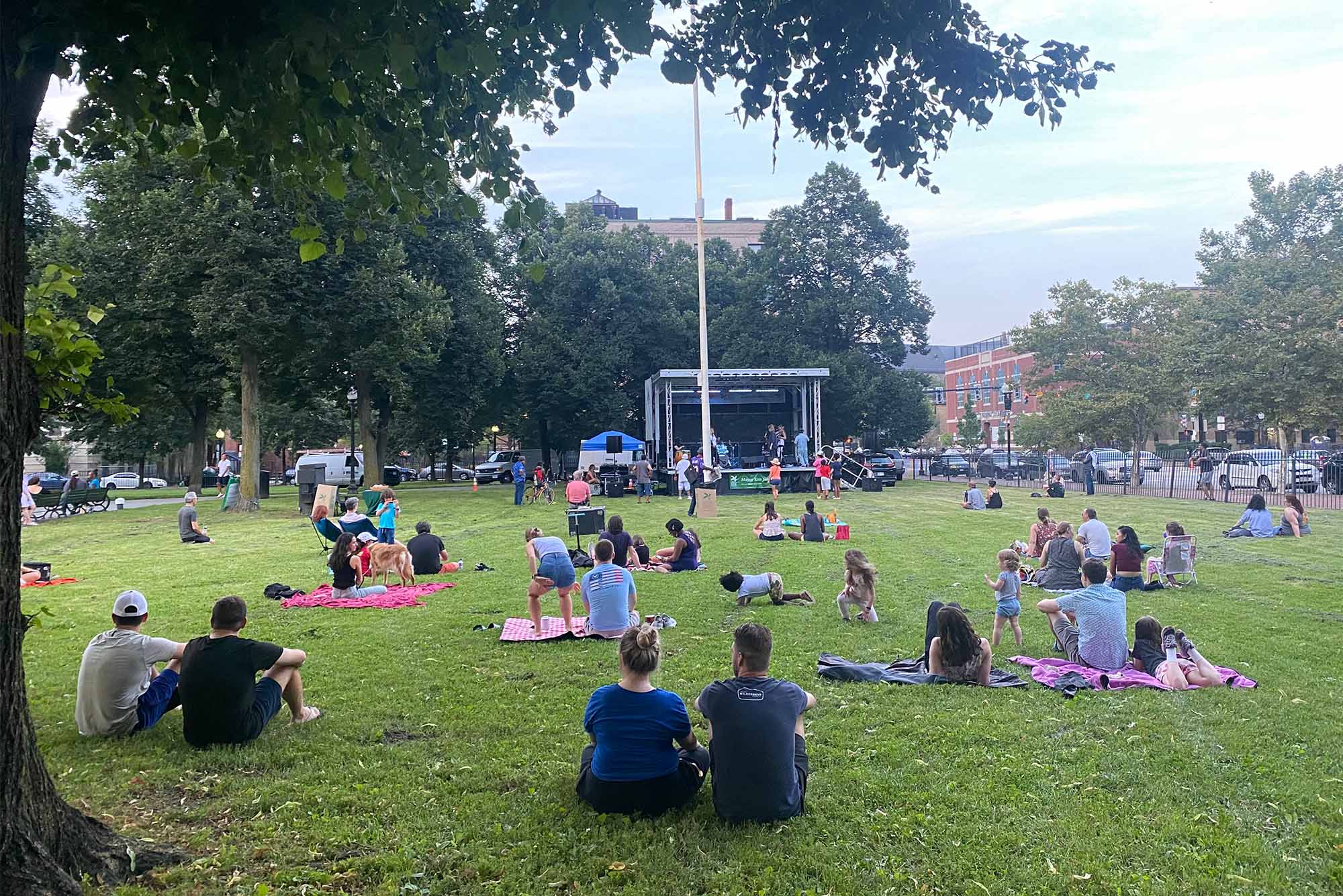 Boston is hosting a series of outdoor concerts in neighborhoods across the city. Photo courtesy of the Boston Parks and Recreation Department

To Do Today: ParkARTS Outdoor Neighborhood Concert in the South End

Enjoy a picnic while watching a live performance at the park

ParkARTS Citywide Neighborhood Concert Series hosted by the city of Boston; tonight’s featured band is Divas with a Twist

Break out of your air-conditioned cave and enjoy a (somewhat) cool night at the 2022 ParkARTS Citywide Neighborhood Concert Series, planned by the Boston Parks and Recreation Department. Running through August 10, the series features a different band performing their unique style of music in a different Boston neighborhood at each event. Previous shows have starred a Bon Jovi tribute band, soul musicians, and reggae performers, among others.

Tonight’s concert, held in the South End’s scenic Blackstone Square, features the local group, Divas with a Twist. The band includes five strong female vocalists, supported by Grammy-nominated musicians, who perform a wide range of music, from original arrangements to pop song covers to classic rock and Motown. The concert promises hits from the likes of Michael Jackson, Queen, Lady Gaga, and more.

Find out more about the event here. For information about the neighborhood concert series, follow the link here.

To Do Today: ParkARTS Outdoor Neighborhood Concert in the South End

To Do Today: ParkARTS Outdoor Neighborhood Concert in the South End
0
share this