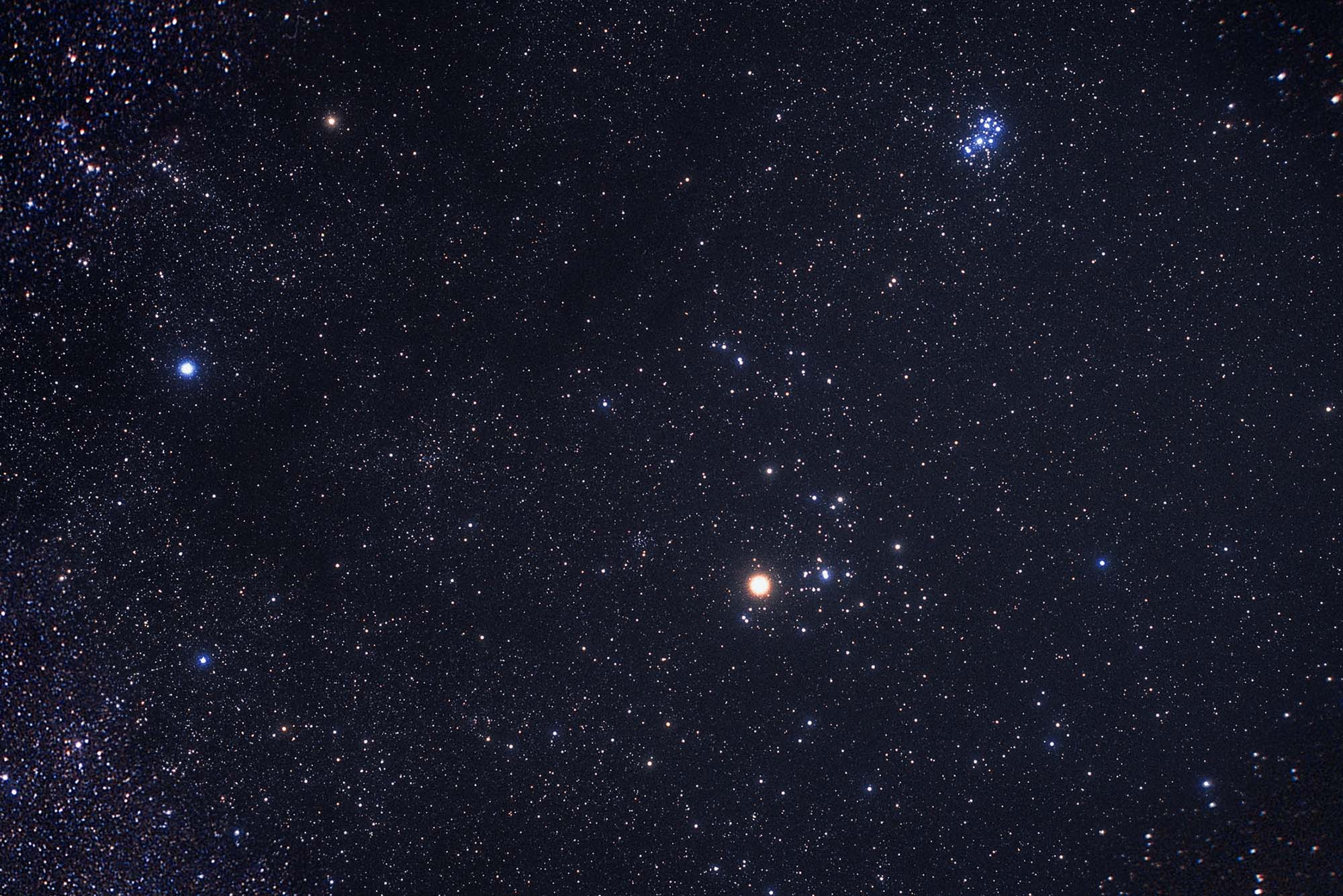 By getting a more complete look at a two-star system in the Taurus constellation that’s still in its infancy, astronomers hope to learn more about how stars and planets form. Akira Fujii via ESA/Hubble Images

Seeing through the Fog—Pinpointing Young Stars and Their Protoplanetary Disks

Imagine walking through a dense, hazy fog in the middle of the night, seeing patches of light from cars and towns shimmering in the distance. It’s nearly impossible to tell if the lights are deep in the fog or beyond it. Astronomers trying to find young stars face a similar problem: the light from stars they’re hunting is shimmering through great big regions of hazy gas and dust in space, called molecular clouds.

But the hearts of these clouds are often breeding grounds for young stars and planets, the perfect places to try to figure out how celestial bodies form—assuming astronomers can see what’s going on through the murk.

Now, a group of scientists in BU’s astronomy department has figured out an inexpensive way of cutting through the fog. They’ve developed a new method that measures the haziness of the dust cloud and allows them to detect the presence of planet-forming structures, known as protoplanetary disks—disks of gas and dust that are present around young stars and supply the material for planets to form. They used their technique to gain a more complete look at the insides of a molecular dust cloud located 450 light-years from Earth, in the Taurus constellation. There, a two-star system is still in its infancy, its protoplanetary disks still present and likely in the process of creating multiple new planets.

“We’re effectively trying to look through the fog of the cloud to see what these stars are doing, they’re like flashlights shining through the cloud,” says Dan Clemens, a College of Arts & Sciences professor and chair of astronomy, lead author of a paper that describes the techniques used to get a closer look at the stars’ planet-forming disks. The findings were published in the Astrophysical Journal.

Scientists don’t know exactly how stars and planets form—though they know some of the ingredients, including gas, dust, gravity, and magnetic fields—so studying systems like this can lend insights into how the process unfolds. In the Taurus cloud, a young, low-mass star and a brown dwarf orbit each other every half a million years—a brown dwarf is sometimes called a failed star, because it doesn’t fuse hydrogen and helium like brighter stars do. Both the brown dwarf and the young star have protoplanetary disks surrounding them.

The BU team first examined the disks in the Taurus cloud when Anneliese Rilinger, a fifth-year graduate student in BU’s astronomy department, began studying the star system using radio waves collected by the Atacama Large Millimeter Array (ALMA), the largest radio telescope in the world. Rilinger had previously published a study with Catherine Espaillat, a CAS associate professor of astronomy and coauthor on the new paper, looking at the disks surrounding the stars and doing detailed modeling of the structures of the disk.

Her work using radio waves piqued the interest of Clemens, who then set out with the rest of their team, including Rilinger, Espaillat, and BU senior research scientist Thushara Pillai, to test Rilinger’s observations of the same system using near-infrared light—a shorter wavelength than radio waves, just past what the human eye can detect on its own. They wanted to show that it was possible to accurately model the disk locations using alternate—and, as a result, more accessible—tools.

When the stars emit light, it’s unpolarized (meaning the light waves go in multiple directions). But as the light passes through the dense molecular cloud, that light becomes polarized—the light waves oscillate in one direction—due to the properties of the dust grains and the magnetic field embedded in the cloud. The researchers used a near-infrared polarimeter at BU’s Perkins Telescope Observatory to measure the polarization of light passing through the cloud. Measuring the polarization allowed the research team to see the signatures of the stars, which could tell them the orientation of the disks. The challenge then became how to subtract the effects of the surrounding cloud to figure out the exact nature of the light coming from the stars, and reveal the orientation of the protoplanetary disks—searching for dust within the dust cloud.

The team confirmed that the near-infrared polarization data matched the radio wave data, showing it’s possible to measure protoplanetary disks without large-scale tools like ALMA. Their work also revealed something interesting about the system: the disks are in a strange alignment not often seen by astronomers—parallel to each other and situated perpendicular to the magnetic field of the larger cloud. Often, protoplanetary disks rotate parallel to the magnetic field of the dust cloud, making this system a rare one and giving researchers the opportunity to glean new insights into how disks form planets.

“It was exciting and such a challenge to develop the knowledge of how to remove the cloud contributions from the intrinsic polarizations from the stars and young stellar objects—that is something that has not been done before,” Clemens says. “The near-infrared polarimetry we performed offered its own unique insight regarding the disks, as well as the ability to peer deeply into these optically opaque regions where new stars are forming.” Their tools could be used to test for the presence and orientations of disks in other deeply hidden regions of space.

Although they are still in the process of forming planets, the brown dwarf and young star in the Taurus cloud already appear to have lower-mass companions that straddle the boundary between being a planet or possibly another brown dwarf. In their slice of space, planets are likely to form over the next five million years.

This research was supported by the National Science Foundation.

Seeing through the Fog—Pinpointing Young Stars and Their Protoplanetary Disks