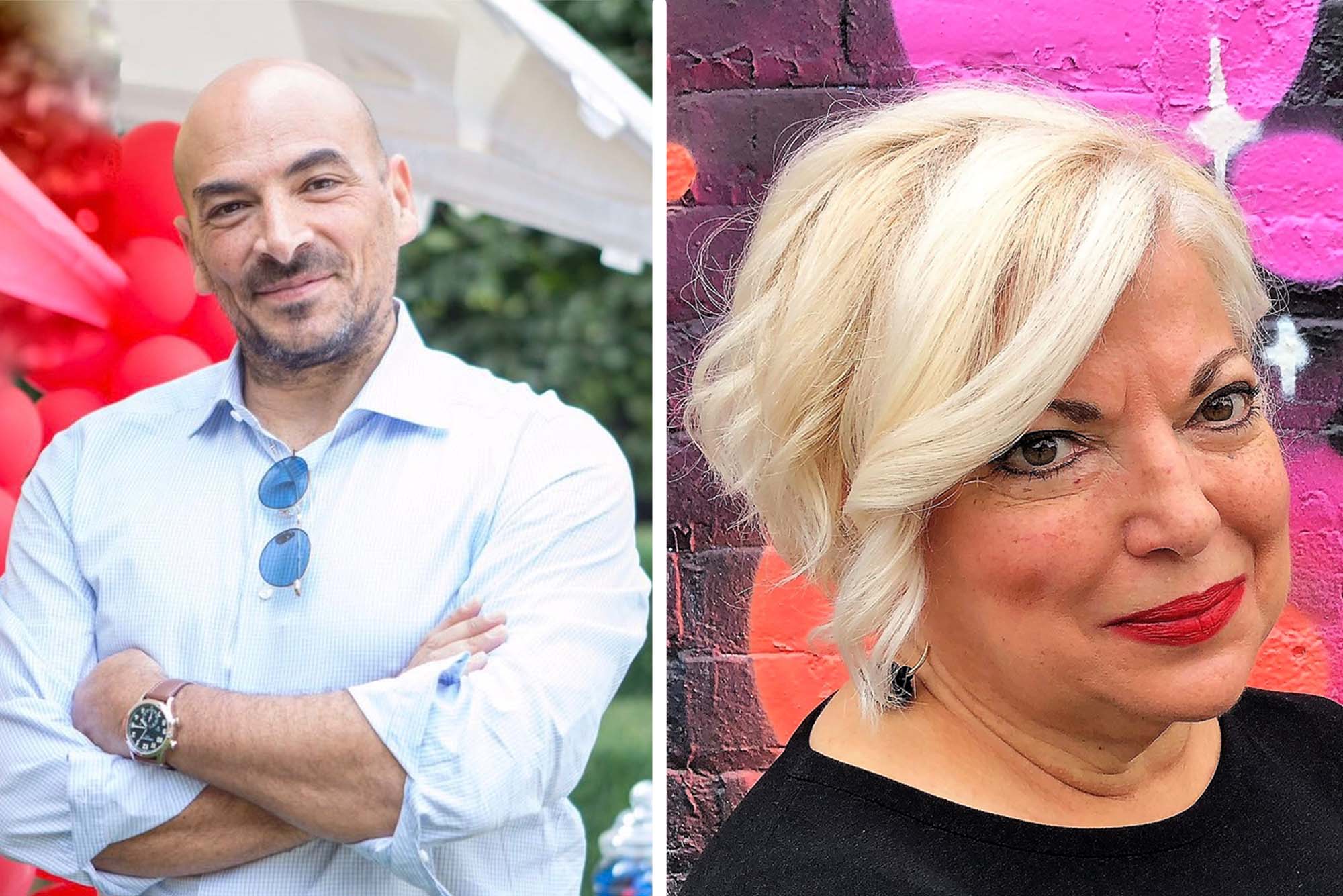 It’s a New Era for BU Board of Trustees, with New Chair and Vice Chairs

Finding the next president, boosting global engagement are key priorities

With a new chair, two new vice chairs, and new committee chair appointments, it’s a whole new era for the Boston University Board of Trustees. It all comes at a pivotal moment for the University and its future, especially amid the search to replace longtime President Robert A. Brown, who will step down next summer after 18 years.

Trustees Cynthia Cohen (MET’77) and Malek Sukkar (ENG’92) were elected vice chairs at the board’s September meeting, joining Brown and board chair Ahmass Fakahany (Questrom’79) as trustee leaders. “At this time of transition for the University,” Fakahany says, “the board needs to continue to evolve and move with momentum to support the next phase of success, with deep engagement from leadership at the top board levels.”

The two new vice chairs will each focus their attention on specific areas.

Cohen will work on ensuring the Board of Trustees committee chairs are aligned with BU’s overall strategy and goals and trying to find ways for more trustee engagement with the campus community. She will also lead the oversight input from the trustees into domestic messaging and marketing of the BU brand and how the University is using technology to further digital learning opportunities.

Based internationally, Sukkar will be more globally focused, especially in support of the University’s global strategy. He will lead BU’s International Advisory Board, participate in global forums, and look to enhance international student and parent engagement and global alumni development. He also will oversee trustee engagement in the areas of research and health sciences.

But the board’s top priority at the moment is finding BU’s next president.

“President Brown has been a transformational leader over the past 18 years, and his departure will be felt across the University,” Sukkar says. “The Presidential Search Committee and the board will be focusing over the next few months on ensuring that we find a worthy successor who understands the Board of Trustees,’ faculty’s, staff’s, and students’ expectations of the next era of Boston University.”

“Clearly,” Cohen adds, “the trustees’ first priority is selecting a new president who will carry forward the 2030 strategy and lead the University to the next level of success.”

Cohen is a career consultant and the founder and chief strategist of IMPACT 2040, a strategy firm focused on start-ups and emerging-growth companies innovating and disrupting their markets. She previously was a partner at Deloitte and built the consulting firm Strategic Mindshare. She joined the Board of Trustees in 2018, and she has supported several BU initiatives, including the creation of the Innovation Pathway, which guides BU students to funding and other resources to support their entrepreneurial projects.

The Cynthia Cohen Scholarship Fund supports women students studying at the Questrom School of Business. She is also a past recipient of Questrom’s Henry Morgan Award, given for her efforts to support BU’s innovation and entrepreneurship.

“Given her connections to BU and her professional background and experience, Cynthia Cohen is very well-positioned to bring significant value in this role,” Fakahany says.

Sukkar, who lives in Dubai, will be BU’s first trustee vice chair who is not based in the United States. The CEO of Dubai-based Averda, the largest sustainable environmental solutions provider in the Middle East and North Africa, Sukkar is also an avid art collector and the founder and director of Quanon Capital, a London-based, single-family office investment company.

“I will be leaning on our great alums in almost every city around the world to strengthen the bonds and ensure that we create mutually beneficial opportunities,” Sukkar says. “We are a successful university that is on the rise, and I am deeply honored to be asked to assume the role of vice chair, especially at such a pivotal time for BU.”

“Malek will add critical emphasis on supporting elements of our 2030 Strategic Plan that focus on global engagement and development,” Fakahany says. “This appointment reflects the importance of BU as a global university.”

Strengthening the board’s contribution and impact

As BU goes through a transition in leadership, Fakahany is also thinking about a transition for the Board of Trustees to strengthen its contribution and impact, including its 13 different committees that accomplish most of its work.

As an example, when the Board created the Diversity, Equity, and Inclusion Committee in September 2020, its role was to make sure those issues were priorities at the highest levels of BU’s overall structure, including at the trustee level.

“I’m very excited that going forward, a number of the board’s key committees, including Governance, Investment, Finance and Budget, and the DEI Committee, along with the new chairs of those committees, reflect the increasingly diverse University community,” Fakahany says. “These new chairs will play a very significant role in the governance of the University.”

Fakahany says the board has also been intentional about ensuring that the Executive Committee reflects a diverse array of backgrounds, international representation, and a wide representation from BU’s 17 colleges and schools. “This is part of an intentional change to ensure that the board continues to evolve to reflect the communities we live and operate in and the students we serve,” he says.

It’s a New Era for BU Board of Trustees, with New Chair and Vice Chairs

There is 1 comment on It’s a New Era for BU Board of Trustees, with New Chair and Vice Chairs

It’s a New Era for BU Board of Trustees, with New Chair and Vice Chairs
1
share this