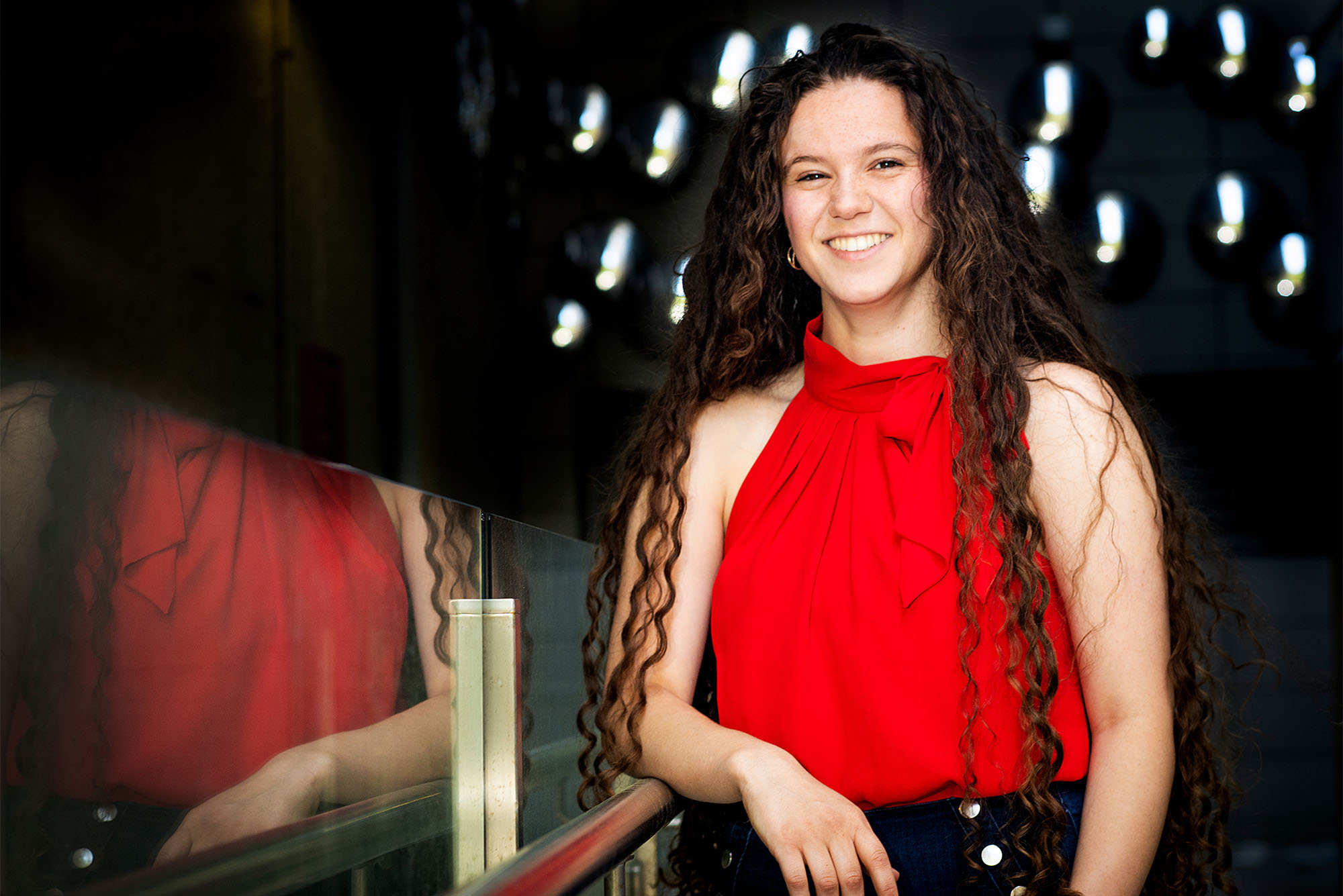 Amanda Berke (CAS’22, GRS’22) has wanted to be the Commencement student speaker for her class since she was a high school freshman. “It has always been percolating in my mind,” she says. Photo by Jackie Ricciardi

Amanda Berke (CAS’22, GRS’22) will talk board games, the pandemic, and perseverance

Amanda Berke knows this is going to sound a little weird, but she has dreamed of being the Class of 2022 Commencement student speaker ever since she was a freshman in high school.

“It has always been percolating in my mind,” says Berke (CAS’22, GRS’22), who was chosen for the role at this Sunday’s Commencement. The economics dual-degree graduate says the speech she submitted for consideration came together quickly “because I had been jotting it down for a while and found scattered notes on my phone. It was like a little walk down memory lane, looking at the things I thought might be important at different points in my college career.”

This spring, in keeping with tradition, graduating seniors were invited to submit a potential five-minute Commencement address to a faculty committee touching on what their BU education has meant to them and what the future might hold for the Class of 2022. The committee weeded through 48 submissions this year before settling on 6 finalists, who then delivered their speeches in a mock Commencement setting.

This week, Berke has been rehearsing her speech with Kenneth Elmore (Wheelock’87), associate provost and dean of students, to ensure she can deliver the speech in a distracting environment—the crowd is expected to be 20,000, and it will also be a whopping 95 degrees on Sunday.

Asked for her reaction to the news that she had been selected, Berke says she was extremely excited, all the more so because she was preparing herself for the worst-case scenario. “Because I had thought about it for a long time,” she says, “I was trying to prepare myself in case I didn’t get it.”

Berke’s selection didn’t come as a surprise to Anna Zielinska-Elliott, a College of Arts & Sciences master lecturer in Japanese and director of the MFA program in literary translation, who taught Berke in Japanese conversation and literature classes.

“It became clear soon that she could write really well and has an amazing feel for language,” Zielinska-Elliott says. “She was the perfect student—smart, had opinions, and wasn’t afraid to give her views on things. I wish she would stay and take all my classes.”

Berke loved BU’s dual-degree economics program, saying it was a financially smart move since she didn’t have to pay extra for the graduate-level courses. “There are so many programs and resources like that at BU that you need to go after yourself,” she says. “No one is holding your hand.”

In addition to a demanding academic schedule, Berke played on the ultimate Frisbee team and refereed intramural soccer, but her biggest passion has been the BU Board Games Club.

Her involvement in the club began as a necessity. She contracted mono the first week of her freshman year, and she couldn’t do much that first semester except attend classes and sleep. That meant she wasn’t present for the “six-week scramble” at the beginning of college where everyone makes friends and joins clubs, she says.

“I missed out on a lot socially, so I showed up spring semester thinking, I gotta do something about this, I don’t know anybody here,” she recalls. A casual Monopoly and Sorry player growing up, she went to a meeting of BU’s Board Games Club, which at the time had only a dozen members. They quickly became her social clique.

“It is a club that truly is whatever you want it to be; no one is there to fill the résumé, it’s not a hyper-competitive atmosphere,” says Berke, who was president this year and was instrumental in growing the club from the original 12 to 80 to 100 per meeting now. “I talk about the club in my speech. I love that group of people dearly, and they shaped my college experience irrevocably.”

(In case you’re curious, her all-time favorite game is Terraforming Mars, but her top “popular” pick is Settlers of Catan.)

Berke’s student speaker dreams were almost derailed by COVID—she contracted the virus just a couple of weeks ago, but is feeling much better now. She feels fortunate that she didn’t catch it closer to Commencement weekend: “My two-year hide-and-seek game with COVID finally ended,” she says. “That’s sort of how it feels.”

She says the pandemic, hitting her sophomore year second semester, most definitely had a profound effect on her college experience, as well as on her speech.

“As an economist, you’re taught to think about not just the direct costs of things, but also all the indirect costs of things,” she says. “And sort of from a human perspective, I think there were so many things that changed because of the pandemic that made the quality of people’s lives worse that weren’t just the serious physical health issues.”

While she’s grateful that she and her friends and family had no serious health issues from COVID, many faced “some very tough circumstances—myself included—with mental health and struggles with not being able to do certain things anymore.”

Working on her speech, Berke says, she grappled with the fact that the problems that arose from the pandemic are vastly different from person to person, and it took her some time to find something to say about the last two-plus years that would resonate with her listeners. But after some reflection, she says, she realized the speech could be “about understanding that we have overcome an amazing amount, and encouraging people to be proud of that.”