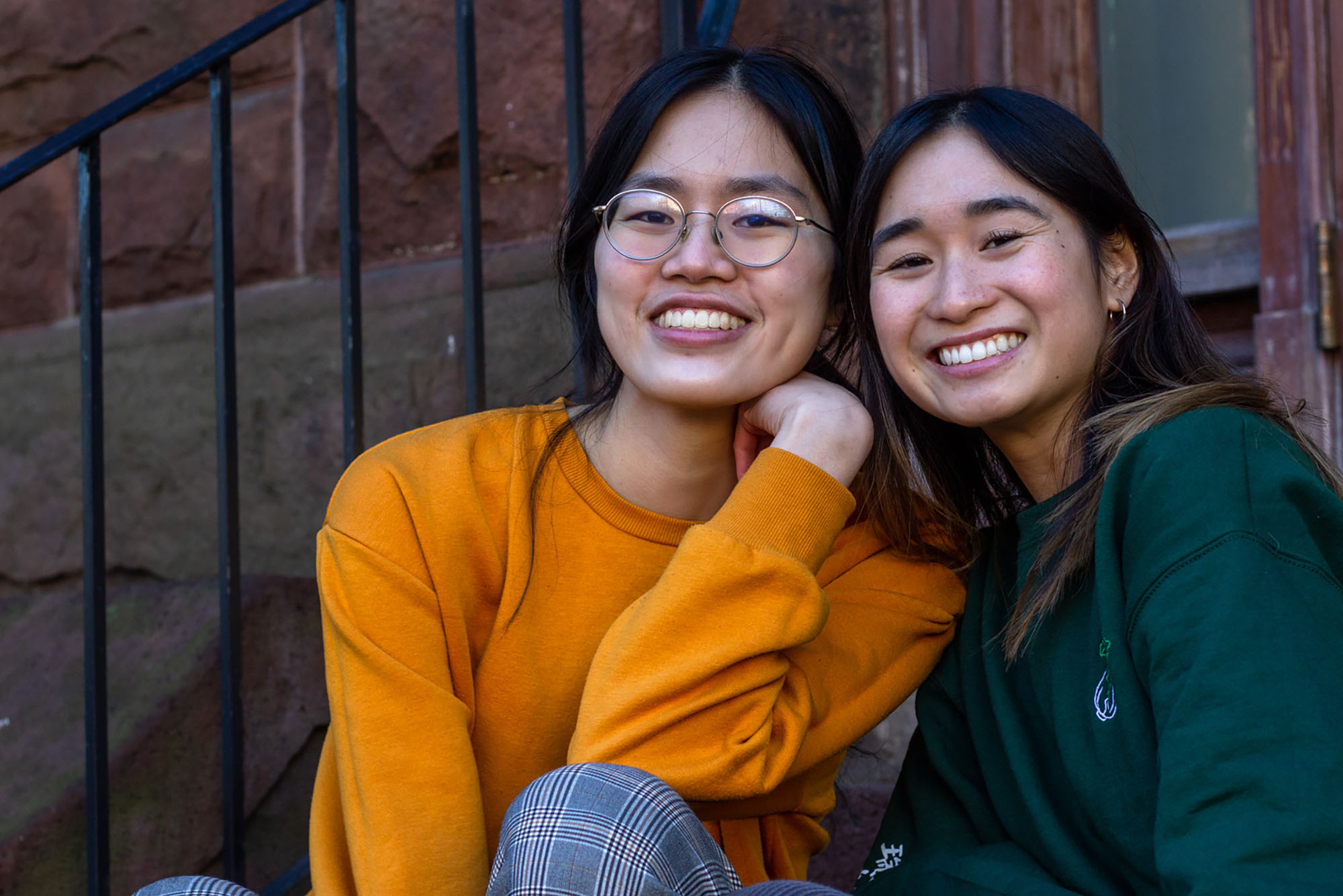 What is it like to be an Asian American Pacific Islander (AAPI) student at BU? The new free student-produced virtual magazine Untangle explores that question through a collection of revealing essays, photo illustrations, poetry, and more. Produced by a team of six students, the online publication celebrates AAPI culture and prompts readers to either reflect on their own experiences or learn from the ones they’re reading about.

“We really liked the imagery of a big knotted ball of intersecting identities and experiences that make up this whole experience of being Asian,” says coeditor Alyssa Yeh (COM’22), explaining how the group came up with the magazine’s name. “It’s like you’re trying to untangle all these things that make up your identity and how your experience intersects with other people’s experiences.”

The idea for the publication came about after a gunman shot and killed eight Asian American women at an Atlanta spa last March. That tragedy had been preceded by months of headlines about hate crimes against the Asian American community nationally and was a breaking point for Yeh and her friend Emily Wu (CAS’22, Wheelock’22).

Wu, who is from Queens, N.Y., and Yeh, from Los Angeles, had been following the news closely. In 2020, according to the LA County Sheriff’s Department, Los Angeles experienced a 76 percent increase in anti-Asian hate crimes, and in  December 2021, CBS News reported that during the year hate crimes against the Asian community in New York City had risen 361 percent over 2020. These crimes were fueled largely by the COVID-19 pandemic and by inflammatory rhetoric from former President Donald Trump.

“I remember seeing videos [of hate crimes] in Flushing, Queens, and I was in a state of disbelief because that had always been my safe space,” Wu says. “It was just crazy that now that space was no longer my safe space.” Looking at photos of places in LA where hate crimes had occurred, Yeh recognized some of the parks.

The two friends had taken the College of Arts & Sciences Intro to Asian American Literature class together, and it challenged them to examine their experience as Asian American women. Reading books such as Cathy Park Hong’s Minor Feelings: An Asian American Reckoning (One World, 2020) led to conversations about growing up on different coasts and how unique each of their experiences was.

Yeh and Wu realized how little race was talked about in their homes and their communities and began to question why. They decided to reach out to other AAPI students at BU to learn about their experiences.

“I think the class was a primer for starting this project, but the catalyst was definitely the attacks in Atlanta in mid March,” Yeh says. “That was a moment we really wanted to do something in a way that was productive. So Emily came up with the idea for the zine—we wanted to have a platform to be a conversation starter.”

The two met with Takeo Rivera, a CAS assistant professor of English and of women’s, gender, and sexuality studies, who taught the class, and they began brainstorming. They settled on the idea of a zine, which they define as a “self-published collection of texts and artistic pieces centered around a theme.”

Yeh told her friend Jay Li (CFA’21, COM’21) about the project, and he immediately volunteered as the publication’s creative director. He soon recruited six more students for a production team. With Yeh and Wu as editors-in-chief, the project quickly gained momentum.

Yeh says one of the catalysts for starting Untangled “was definitely the attacks in Atlanta in mid March.”

Throughout July and August, Li and his team met over Zoom, looking at artwork and graphics and exploring the various artistic distinctions unique to Korean, Chinese, Japanese, and Indian art. The Asian experience is expansive, Li says, and he wanted to make sure that Untangle would include as much AAPI representation as possible. He also wanted to give his designers the freedom to express and honor their personal identities, while also highlighting others.

Production on the zine began this past fall. Originally, the team had hoped to publish physical copies, but after struggling to find funding, they decided to opt for an online publication, which they hope to publish once a semester.

“The whole purpose is to realize that Asians and Asian Americans are very heterogeneous,” Yeh says. “We have all these different perspectives and experiences.”

“I hope Untangle helps start conversations about race, identity, and the Asian American experience,” Wu says. “These are all really different experiences, but they are all of equal value, and that’s what we really want to emphasize.”