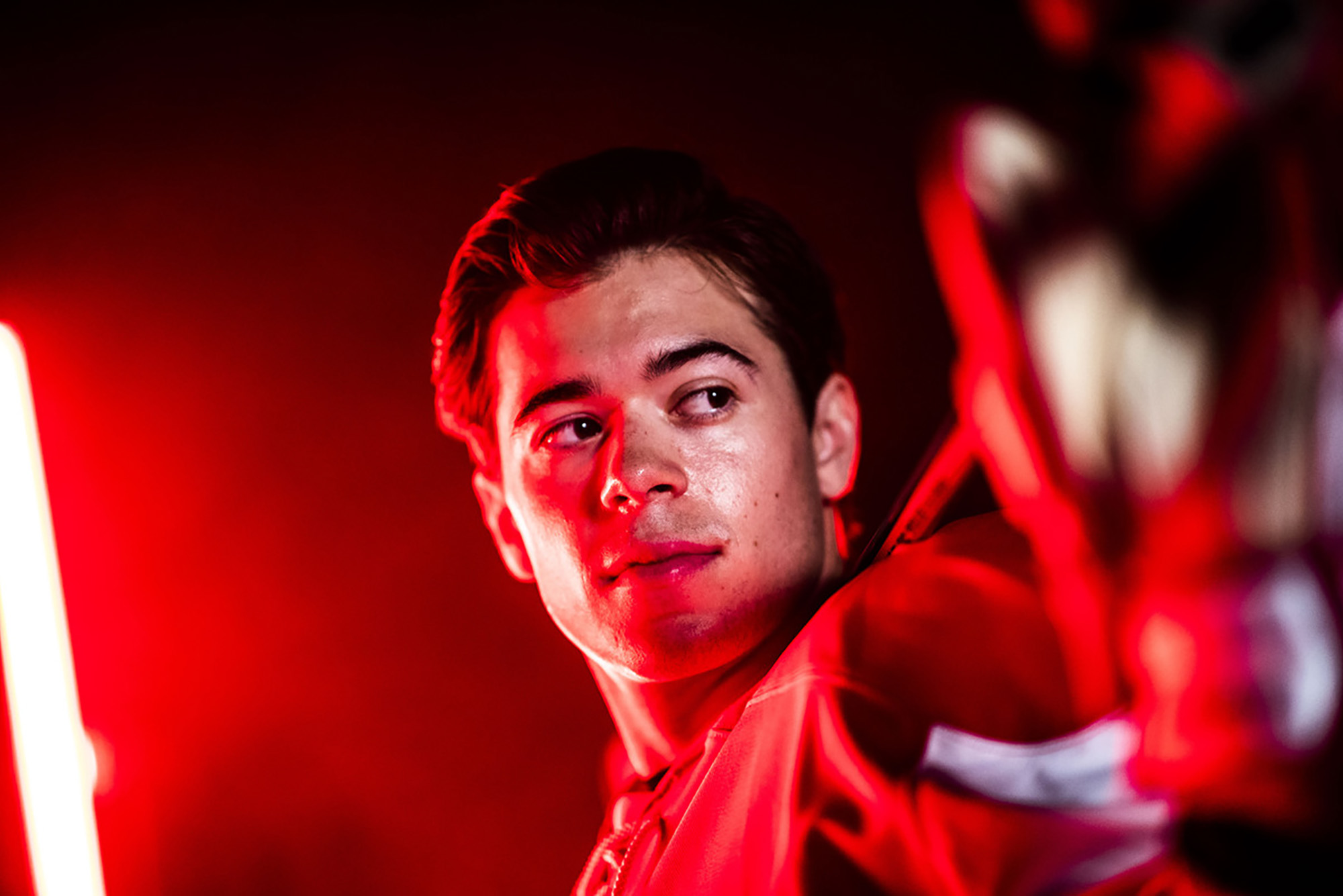 Jay O’Brien (COM’23) averaged two points per game last year, and this year is leading the BU men’s hockey team in points per game for the second season in a row. Photo by Matt Woolverton

Every goal means a little bit more to Jay O’Brien.

He’s scored five so far this season, making him the BU men’s hockey leader in points per game (0.93). It’s a far cry from his frustrating freshman campaign at Providence College, but three years later, O’Brien (COM’23) is back in Hockey East, with BU, and has made the most of his second chance.

“I just felt like I had a lot of unfinished business,” O’Brien says. “I wanted to come back to Hockey East to prove to myself and prove to the people around me what type of player I am, and I know I’ve been doing that.”

“I’d been dreaming of being a college hockey player,” O’Brien says. “I think the college game is the closest thing you’re going to find to pro. If you want to be a player, I think college is the best way to do it.”

O’Brien chose to play at Providence College after high school. “At the time, I guess Providence was the right school for me,” he says. “I committed at a young age.” But after his freshman season yielded five points in 25 games, he decided it was time to move on. “I felt that it was the best move for me,” he says.

After being drafted by the Philadelphia Flyers 19th overall in the 2018 NHL Draft, O’Brien left the Friars less than a year later. With the possibilities of collegiate, junior, and professional hockey avenues ahead of him, he was uncertain about which direction to pursue.

“There was a time where I didn’t know if I was going to go back to college,” he says. “There were a bunch of different teams and leagues that reached out. I tried to talk to as many as I could, just to get their opinion and hear them out.”

He eventually decided to spend the 2019-2020 season with the Penticton Vees—a program that had previously welcomed five current Terriers. “Penticton was ultimately the place where I felt most at home,” O’Brien says. “Top to bottom, they’re just top-notch. You get treated like a pro. I just thought that was the right place, where I was going to grow my game.”

The change of scenery made a big difference in his performance on the ice. He tallied 66 points in 46 games with the Vees, averaging a goal and an assist in each playoff game before the postseason was cut short by the onset of the COVID-19 pandemic. Through it all, though, he kept thinking about finishing college—the question was where.

“I made the choice before I went out to Penticton that I was going to go back to college,” he says, and when he was deciding among his options for college, Boston University was an early contender.

“They were the first school to reach out to me when I entered the transfer portal—it was literally the day I was in the portal that I got a call,” he says. “I think there’s something really cool about being a student athlete, especially here at BU.”

“I remember watching him as a young kid,” says Terrier head coach Albie O’Connell (CAS’99). “When it didn’t quite work out [at Providence], he’s a guy that we saw a lot of.”

It didn’t take much convincing. “I kind of knew right away that this is where I wanted to be,” O’Brien says. “It was just one of those things that felt right in my gut and I stuck with it.” And his first game in a Terrier uniform during that 2020-2021 season was against Providence. As luck would have it, he scored BU’s first goal against his old team.

“It was great to see him get that one in the first [period],” team captain Logan Cockerill (SHA’22) said after the game. “We were really happy for him.”

O’Brien finished the season sharing the team lead in goals (5) and finishing second in points (10) despite appearing in only five games through the COVID-shortened campaign. He hasn’t missed a beat in his second year at BU, tallying 13 points in 14 games so far this season.

“When he’s been in the lineup, he’s been really good for us,” O’Connell says. “We’re a different hockey team when he’s in there.” For his part, O’Brien says he is grateful for the support from O’Connell and the rest of the coaching staff.

“The biggest thing is probably just playing with confidence, honestly,” he says. The coaches have put me in the right spots—[I appreciate] the belief that the coaching staff has in me.”

The Terriers, and O’Brien, will skate against Providence twice in the coming weeks, this Sunday, January 30, at home and at Providence on February 10. Although he has faced the Friars before, he says having fans in the building, unlike last year when they were banned by pandemic protocols, will make the matchups even more meaningful.

Fans can purchase tickets for the game between BU and Providence Sunday, January 30, at 3 pm, online and at the Agganis Arena ticket office, 925 Comm Ave. The game will be televised on NESN and covered through @BUGameDay on Twitter. Follow the BU men’s hockey team @TerrierHockey on Twitter.