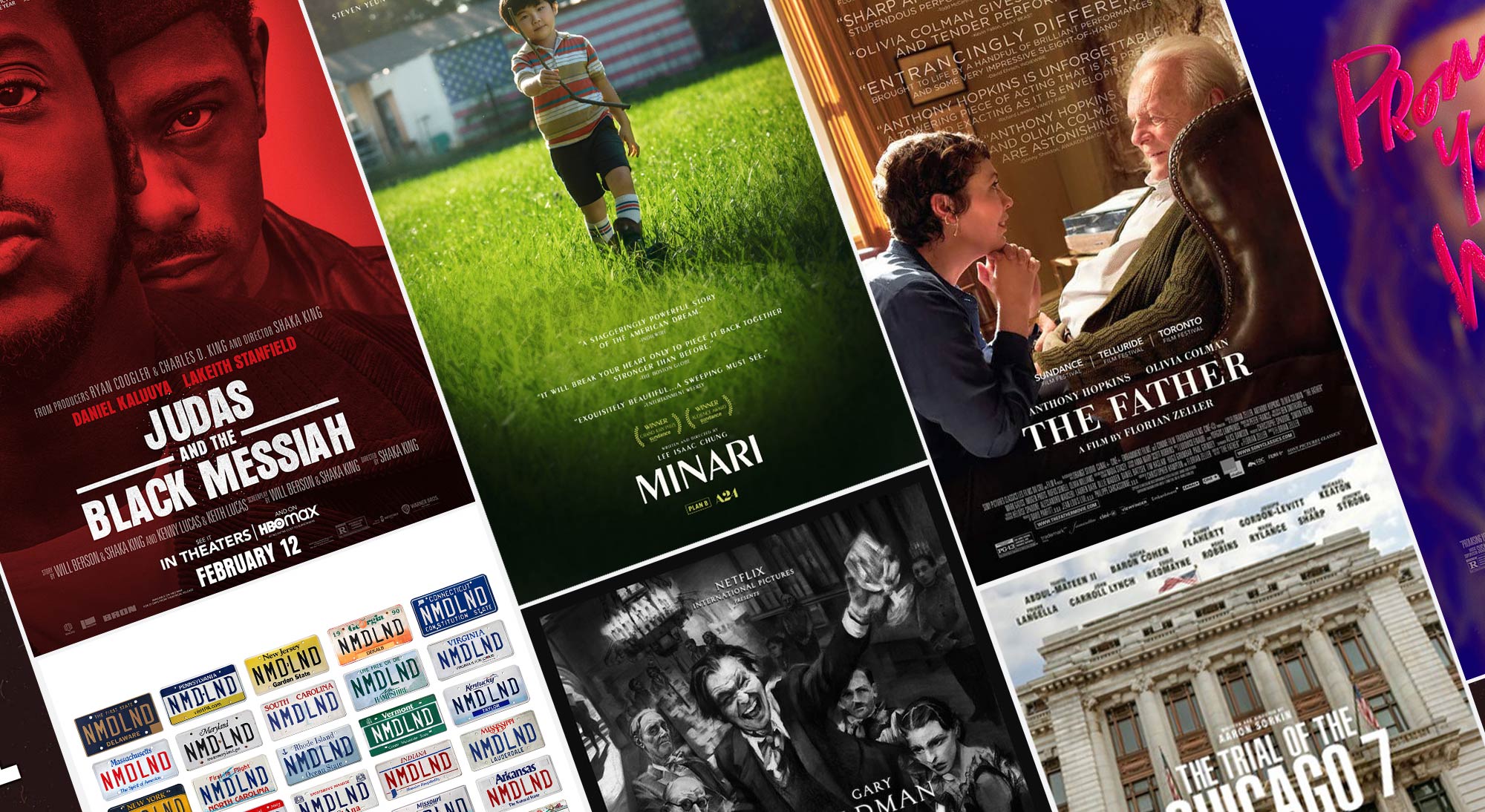 CFA Dean Harvey Young: what to expect and who should win the big honors

Hollywood’s biggest night of the year is here. Finally. After a two-month pandemic-caused postponement, the 93rd Academy Awards ceremony is this Sunday, April 25, at 8 pm. And happily, it will be in person, not virtual (unlike February’s disastrous Hollywood Foreign Press Golden Globes show).

But this year’s Oscars show promises to be unlike any other in history. For starters, it will broadcast from two locations, not one, to accommodate for COVID-19 safety protocols: there will be an intimate ceremony at Los Angeles’ Union Station, along with live elements from the Dolby Theatre, the affair’s traditional setting. And forget bleachers packed with screaming fans. Only presenters, nominees, and their guests will be on hand.

Then there are all the changes to eligibility rules. In the past, movies had to have been released in the preceding calendar year, in this case 2020, and been released in movie theaters to qualify. But when the pandemic swept across the United States, shuttering theaters, the Academy of Motion Picture Arts & Sciences relaxed its eligibility rules. This year, films that were released exclusively on streaming services could qualify as long as they had originally been intended to be commercially released prior to COVID-19. And the Academy also extended the eligibility window: any film released between January 1, 2020, and February 28, 2021, had a shot at being nominated.

Finally, there are the nominations themselves—also historic. This year’s Oscar hopefuls include the most diverse acting slate in the Academy’s nearly century-long history: nine actors of color. And some industry insiders say it’s possible that all four acting awards could go to people of color. (The late Chadwick Boseman is an all-but-sure bet to receive a posthumous Best Actor Oscar for his work in Ma Rainey’s Black Bottom and Daniel Kaluuya is widely favored to take Best Supporting Actor for his performance as Black Panther member Fred Hampton in Judas and the Black Messiah). In addition, Chloé Zhao is likely to become the first woman of color to take home the Best Director prize, for Nomadland.

For some insight into what we can expect to see Sunday night, BU Today reached out to our resident Academy Awards prognosticator, Harvey Young, dean of the College of Fine Arts.

BU Today: Before we delve into this year’s awards and who in your opinion will, or should, win, let me ask you whether the pandemic has forever changed the way audiences watch movies and what this portends for Hollywood studios.

Young: It’s unlikely the pandemic will change the way people watch movies. Pre-COVID, smaller films (art house and romantic comedies) had already transitioned to streaming services, such as Netflix and Amazon Video. That’s not new. As the threat of COVID wanes, people will return to the cinema to see blockbusters like the new Avatar and James Bond films.

This year’s nominees are more diverse than ever. Is this a result of recent Academy efforts to diversify membership after the #Oscarssowhite campaign? Women members have increased 8 percent since 2015, and ethnic and racial minority members from 10 to 19 percent since then.

Yes, the Academy membership is slightly diverse, but it remains mostly older white men. My sense is that the increased diversity of nominations anchors itself in members of all complexions affected by activism for racial and social justice, as well as individual soul-searching on the importance of inclusion.

For the first time in Oscars history, two women—Chloé Zhao and Emerald Fennell (Promising Young Woman)—are nominated for best director. If either wins, will it make it easier for aspiring female filmmakers to get their pictures made?

I hope so. The sad reality is that producers often will hire a novice man over an experienced woman to direct big-budget features. Sexism and gender bias need to be called out, confronted, and challenged. Every time a woman is nominated and/or wins, as Kathryn Bigelow (Hurt Locker) did, more cracks appear in that ceiling.

Now let’s talk about some specific categories, starting with Best Actor. Who will, and who should, win?

Chad Boseman will and should win. It’s a brilliant performance and helps you to appreciate his range as an actor. His intense and scrappy performance as Levee in Ma Rainey’s Black Bottom feels different than his King T’Challa in Black Panther or even his Jackie Robinson.

And in the Best Supporting Actor category, what do you predict we’ll see?

The wind seems to be in the sails of Daniel Kaluuya. It has been a thrill to watch the rise of this young actor, from Get Out to Judas and the Black Messiah. Kaluuya will win. That said, I’m pulling for Paul Raci as the dark horse nominee. Raci offers a career-defining performance in Sound of Metal. It’s hard to cheer against this longtime working actor, whose first credit was before Kaluuya was born.

The Best Actress race is notable for the fact that it’s the first time since 1972 that two Black actresses (Viola Davis and Andra Day) are nominated in this category in the same year. Who should and will win here?

There’s extraordinary acting in this category. For the amount of screen time, Viola Davis’ performance in Ma Rainey’s Black Bottom feels more like a supporting role. However, she owns every second. I, like many people, want to live in a world where Viola Davis is a multiple Oscar winner, so I am going to say that she will win. That said, Frances McDormand should probably win for Nomadland.

Who should take home the Oscar in the Best Supporting Actress category?

I think that Yuh-Jung Yeon (Minari) will win. Olivia Colman (The Father) gave my favorite Oscars acceptance speech in recent memory, and I’d bet that quite a few voters will choose her for the hope of a repeat.

And which film do you think should and will be crowned Best Picture?

Minari is a small film, but feels grand in its centering on universal themes: hope and family. I also love the way it reframes the American dream narrative differently and more inclusively than previous feature films. It should win. Nomadland likely will win.

And your favorite film of the year?

I’ve been watching documentaries over the past year. My Octopus Teacher (nominated for best documentary feature) is surprisingly engaging, absorbing, visually stunning, and probably my favorite film of the year. In graduate school I worked at a Blockbuster video rental store…so The Last Blockbuster, which is far from a great documentary, hit all the nostalgia buttons for me. I recommend both.

What else will you be looking for on Sunday night?

I would love to see presenters or award winners directly address the challenging experiences of Asian and Asian-American actors in the US film and television industries. This isn’t talked about enough. We’re finally in a cultural moment in which people seem ready and willing to have that conversation.

The 93rd Academy Awards will be held on Sunday, April 25, from the Dolby Theatre and from Union Station in Los Angeles. The ceremony will be broadcast on ABC starting at 8 pm ET. Find a complete list of this year’s Oscar nominations here.