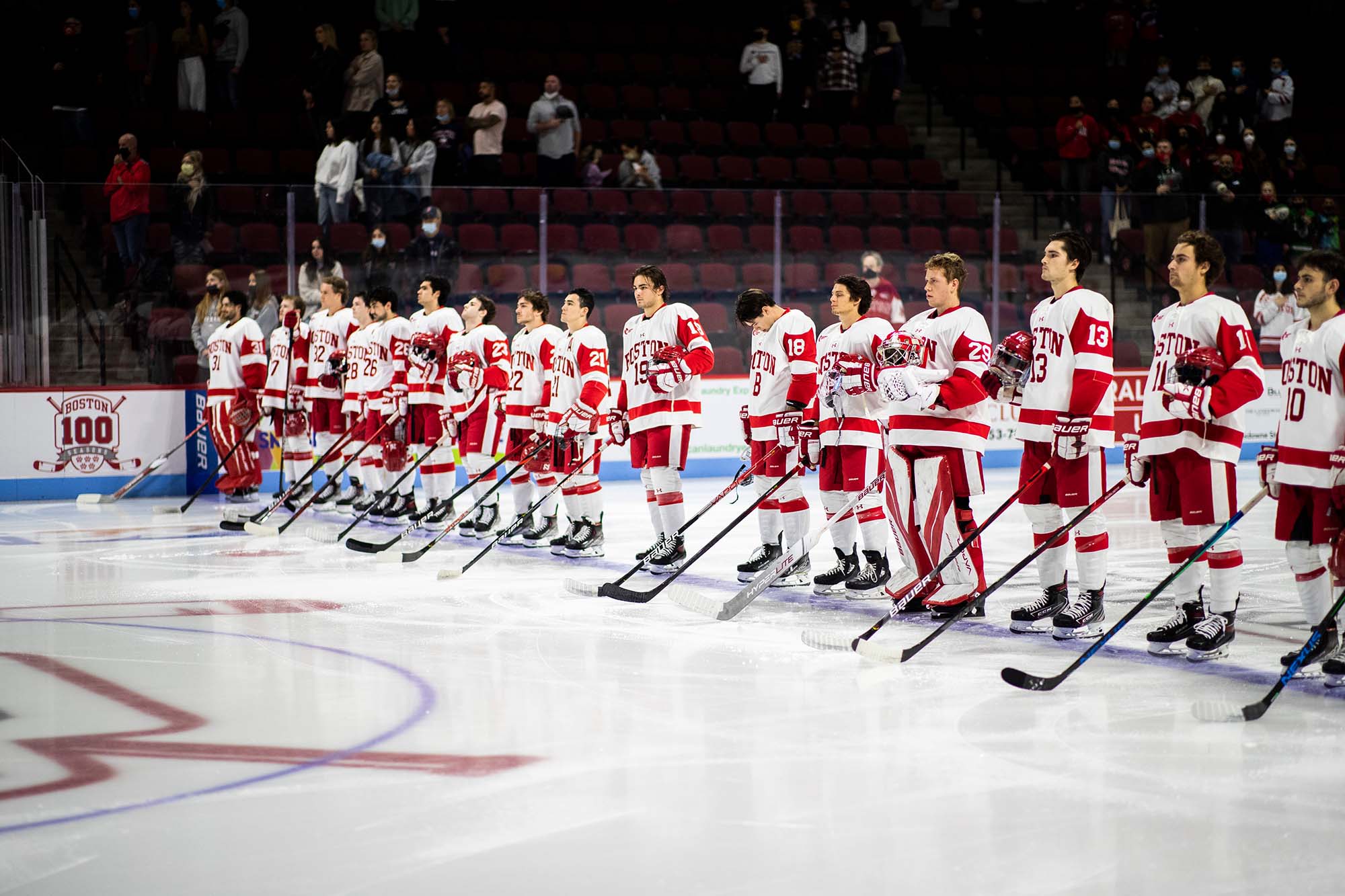 Fall might have started on September 22, but now it finally feels like it: the leaves have started to change, the Boston University hockey season has started, and Halloween is just two weeks from Sunday. Make the most out of this weekend by supporting athletes and artists on campus, or head to a new bookstore in the Seaport.

Sweet Waffles + Boba is at 18 Hudson St., Boston, and is open noon to 6 pm on Friday, and noon to 8 pm on Saturday and Sunday.

A Cambridge fixture for 17 years, Porter Square Books has a new location in the Seaport. Not only does the store sell the same wide selection as the original, but it also has moveable shelves to accommodate speakers and performances. The new location was part of a collaboration with nonprofit creative writing center GrubStreet, which moved its offices up five floors to make room for Porter Square Books.

Three hockey games will be played on campus this weekend. The men’s team takes on Sacred Heart University at Agganis Arena on Friday, with the opening face-off at 7:30 pm, and on Saturday, starting at 7 pm. The women’s team plays Merrimack College at 7 pm on Friday at Walter Brown Arena. The men’s record is 1-1 after splitting two games against UConn last weekend, while the women’s record is 3-0-1 after a win and a tie last weekend.

For ticket information and to find out if the games are streaming, visit the Go Terriers website.

BU alum Steve Locke (Questrom’84) studied artist, professor, and color theorist Josef Albers, who made hundreds of paintings of superimposed squares. Locke’s new exhibition, Homage to the Auction Block, “celebrates and subverts” (in the words of the Boston Globe) Albers’ signature series, Homage to the Square. The primary difference between Locke’s work and Albers’ is that rather than a square at the center of his painting, Locke puts his interpretation of a slave auction block.

Steve Locke’s Homage to the Auction Block is in the Stone Gallery, 855 Commonwealth Ave., open Tuesdays to Saturdays from 11 am to 5 pm. The exhibition ends on October 28.

Produced by the Boston Playwrights’ Theatre and the BU College of Fine Arts School of Theatre, Lorena: A Tabloid Epic brings the tabloid sensationalism of the 1993 case of Lorena and John Bobbitt—when Lorena used a knife to cut off the penis of her abusive husband—to the stage. The play, written by Eliana Pipes (CFA’21), is a BU New Play Initiative production, where CFA works with students, professors, and alums to get their works written, workshopped, and on stage.