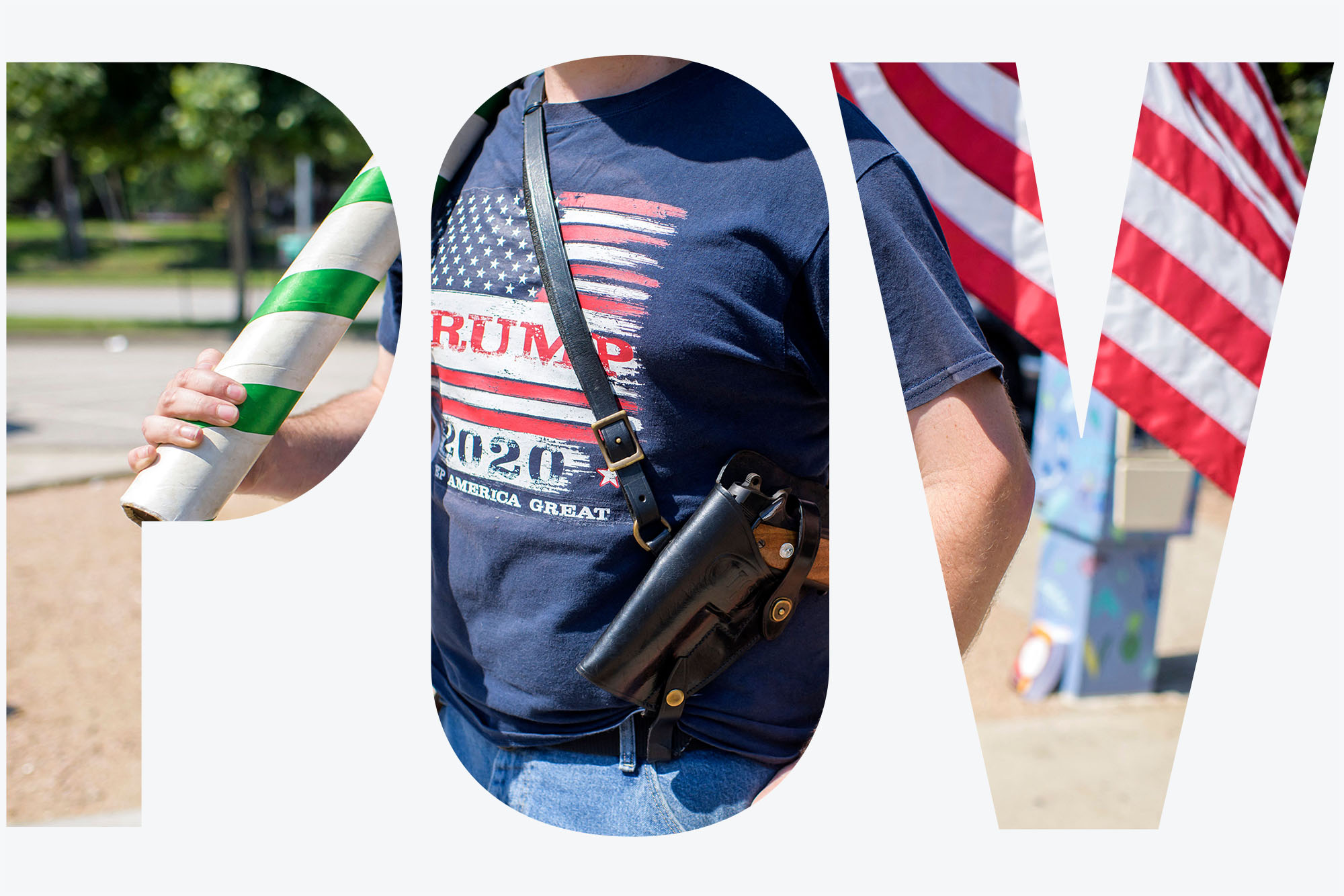 Many in Massachusetts were shocked and saddened when the Supreme Court refused to block the Texas law banning abortions after six weeks of pregnancy, before many people know they are pregnant. Fortunately, Massachusetts was prepared for this—in 2020, the state legislature codified abortion rights in state law. But the next shoe to drop will hit closer to home: the court is expected to expand the right to carry guns in public. The legislature has an opportunity to limit the negative impact of this decision by acting now to draft a comprehensive concealed carry law that will withstand judicial scrutiny while still protecting residents from the worst effects of public gun carrying.

The Supreme Court recently accepted a case that they will hear arguments on today, Wednesday, November 3, challenging New York’s requirement that people wishing to carry firearms in public must demonstrate “a special need for self-protection distinguishable from that of the general public.” This requirement is functionally identical to a Massachusetts law requiring that anyone wishing to carry a gun in public, with certain narrow exceptions, first demonstrate a “good reason” for needing to do so. These laws, called “may issue” concealed carry laws, set a higher bar for obtaining a license to carry than in states with “shall issue” laws, which issue a concealed carry license to anyone who meets the minimum requirements. “May issue” laws exist in many large blue states and have long been a target of the gun lobby, but until now they have mostly been upheld by lower courts as consistent with the Second Amendment.

Still, there shouldn’t be much suspense about the outcome of this case—“may issue” concealed carry gun laws were as good as gone the day Amy Coney Barrett was confirmed to the court last year. Four other justices have already signaled their skepticism about such laws, and Barrett has advocated for a similarly broad reading of the Second Amendment. The writing is on the wall—it’s just a matter of waiting for the decision.

While the loss of these laws will be a lamentable blow to public safety and democracy, Massachusetts still has options to protect its residents under this new, judicially imposed regime. Although Massachusetts would no longer be able to require a demonstrated need to carry a firearm, it could still set stringent—but objective—requirements for obtaining a permit, including live range training, training in self-defense law, and prohibitions on obtaining a permit for people with certain kinds of criminal convictions. The legislature could also prohibit people from carrying guns in sensitive places, such as bars, stadiums, places of worship, or playgrounds. The legislature should also provide ways that private businesses can opt out of allowing guns on their premises through clear signage, or even require private businesses to opt in if they wish to allow guns on their property. Existing laws already address some of these issues, but with gun carrying about to open up to most of the general public for the first time, it is imperative that the legislature take a fresh look.

There are many options to make public carrying in Massachusetts as safe as possible, but one option we can’t afford is inaction. Illinois found this out the hard way. When its ban on concealed carrying was struck down by a federal appeals court in 2012, it led to a rushed process under the gun of the court’s deadline. Ultimately, Illinois enacted a new law that was far less stringent than activists had hoped, given the Democratic supermajority in Illinois’ state legislature.

Whatever Massachusetts decides to do, the stakes are high. At least one study has shown a significant increase in violent crimes associated with more relaxed concealed carry laws. It isn’t just statistics and arcane legal provisions—real lives are at stake. For example, Nigel Jackson, 22, was murdered outside a bar in May 2019 by a concealed carry permit holder in Ohio, which allows guns in bars. That same month, Rafat Saeed, 36, was shot and killed on the grounds of a mosque in Florida, which allows guns in places of worship. Dr. Tamara O’Neal, 38, was shot and killed in November 2018 by a man who obtained a concealed carry permit in Illinois despite his history of violent threats and having a restraining order issued against him.

Just as we acted proactively to protect abortion rights, Massachusetts should act now to mitigate the gun violence that will flow from the Supreme Court’s imminent decision. Although most residents of our state support strict gun control, a comprehensive concealed carry law without a “good cause” requirement is the best defense we have in this new legal landscape. If legislators want to hold out hope for a miracle, they can always condition any legislation on the older law being struck down. But the real focus should be on crafting a new concealed carry law that protects public safety with the many tools that will remain available for us to do so.

Cody Jacobs is a School of Law lecturer and a former staff attorney at the Law Center to Prevent Gun Violence (now the Giffords Law Center). He can be reached at cjacobsj2@bu.edu.

A version of this opinion piece was originally published in the Boston Globe on October 4, 2021.

There are 7 comments on POV: Massachusetts Must Be Proactive to Protect Public Safety Under Relaxed Concealed Carry Laws

POV: Massachusetts Must Be Proactive to Protect Public Safety Under Relaxed Concealed Carry Laws
7
share this