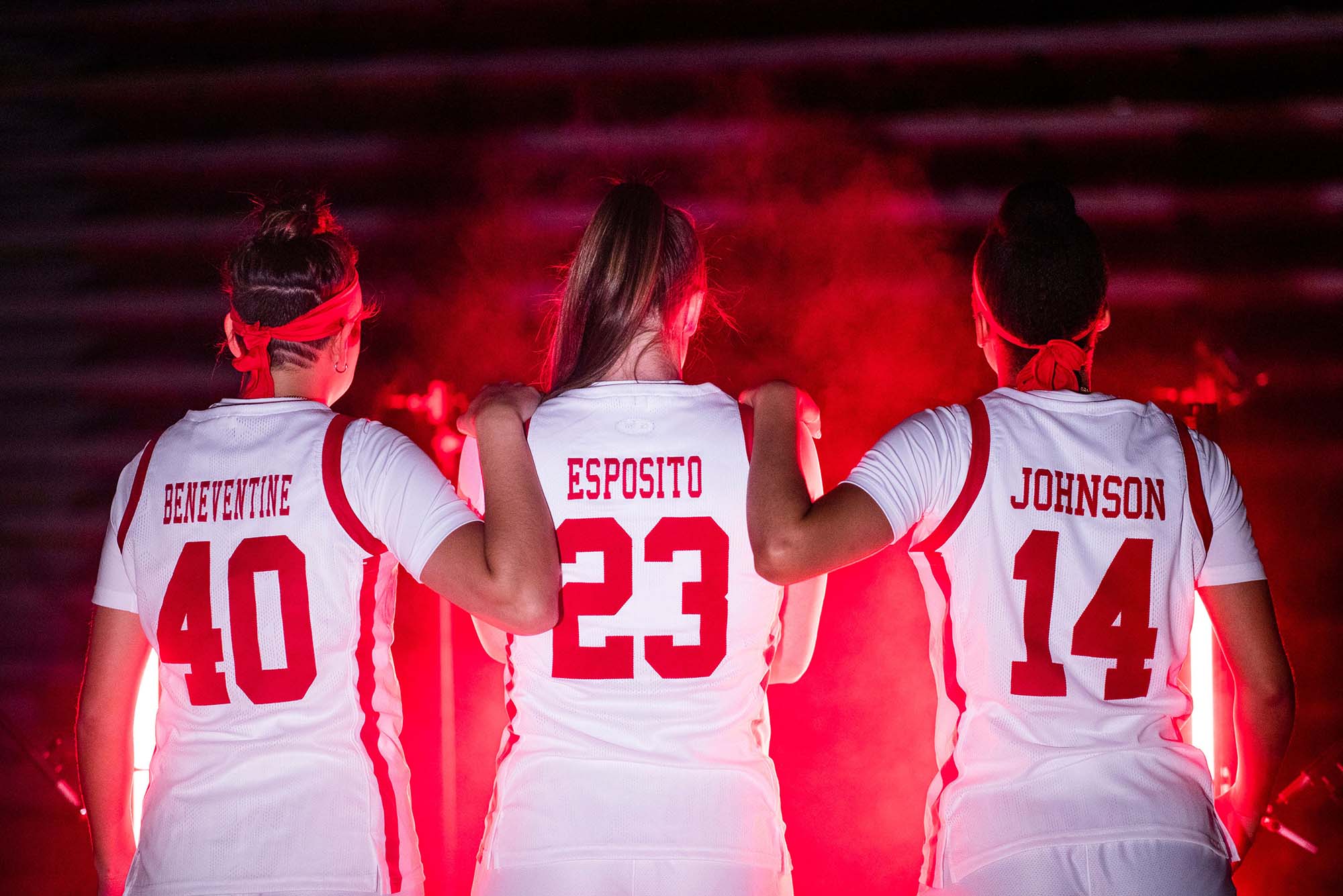 Most athletic programs hire a new head coach when a team is struggling or when a longtime coach decides to retire, but for BU women’s basketball, neither was the case. Melissa Graves inherits a group that reached its first-ever Patriot League championship game in March under head coach Marisa Moseley (CAS’04), who had led the team to new heights after coaching at BU for only three years.

After Moseley departed later that month to take the University of Wisconsin head coaching job, Graves was picked to succeed her, taking over a squad that’s placed second in the 2021-2022 Patriot League preseason poll. Graves, formerly an assistant coach and the recruiting coordinator at Wake Forest University, says she is eager to build on the team’s impressive foundation.

“I didn’t want to come in and reinvent the wheel,” she says. “The old staff did a tremendous job and the girls have earned the respect of the conference to be ranked in the top two.”

With Patriot League play beginning on December 29, the Terriers kick off the nonconference portion of their 2021-2022 campaign Tuesday night, hosting UMass Lowell at Case Gym at 6 pm.

For Graves, she hopes to carry forward the momentum from Moseley’s years—but with one difference: that the Terriers once again reach that championship game, and this time get their revenge after the 64-54 loss to Lehigh in the 2021 title game at Case Gym.

“I know they’re playing with a chip on their shoulder from last year…losing by 10 in the championship when they didn’t really play their best that game,” the new coach says.

Fourth-year forward Riley Childs (COM’22) says she is ready to put that loss in the rearview mirror. “I think in the championship game, a lot of things got away from us,” Childs says. “I tried to watch it over the summer, and I got through the first quarter and got so mad that I had to turn it off.”

Childs and Terrier teammates are turning the page together. Guard Maggie Pina (CAS’23) says the team has had a normal preseason, unlike last fall’s during the peak of the coronavirus pandemic. “It’s a lot easier to focus and mesh the team when you’re working towards a goal and not worrying about whether or not you’re going to have a season,” Pina says. “It just makes basketball a lot easier and a lot more fun.”

Pina, Childs, and other upperclassmen are the strength of this year’s team, which lost Patriot League First-Team honoree Katie Nelson (Questrom’21) as a graduate transfer to Wisconsin with Moseley. And although Nelson was a staple in the Terrier starting five, and her penetrations and three-point shooting will be missed, Childs says BU is well-equipped to survive her exit.

“It’s been exciting to see who’s stepped up in the absence of Katie,” Childs says. “It was definitely overwhelming at first, having that gap without Katie, but I feel like it’s really allowed a lot of people on our team to grow and get a lot better.”

The coach says she is excited about the battles across the roster. “Some people who didn’t get a chance last year are really starting to shine a little bit and really compete for playing time,” Graves says. “That competitive nature has stayed throughout.”

Meanwhile, Pina and other stars from the junior class are expected to be mainstays in the rotation once again. Sydney Johnson (CAS’23) and Maren Durant (Sargent’23) were both chosen for 2021 All-Conference Teams, and Pina was the 2020 Patriot League Rookie of the Year.

For those juniors, who had their first BU playoff run canceled at the onset of COVID-19 in 2020 and then came up one game short last year, this season is all about getting the job done, Pina says.

“That’s all I want this season,” Childs says. “I just want to win the Patriot League. That’s all I care about.”

The BU women Terriers kick off the nonconference portion of their 2021-2022 campaign Tuesday, November 9, at 6 pm, when they host UMass Lowell at Case Gym. Tickets to home games are available online, $5 for students, faculty, and staff, and $8 for the general public. Fans can also watch all Patriot League matchups and BU home games online on ESPN+. Learn more at goterriers.com and @TerrierWBB on Twitter.