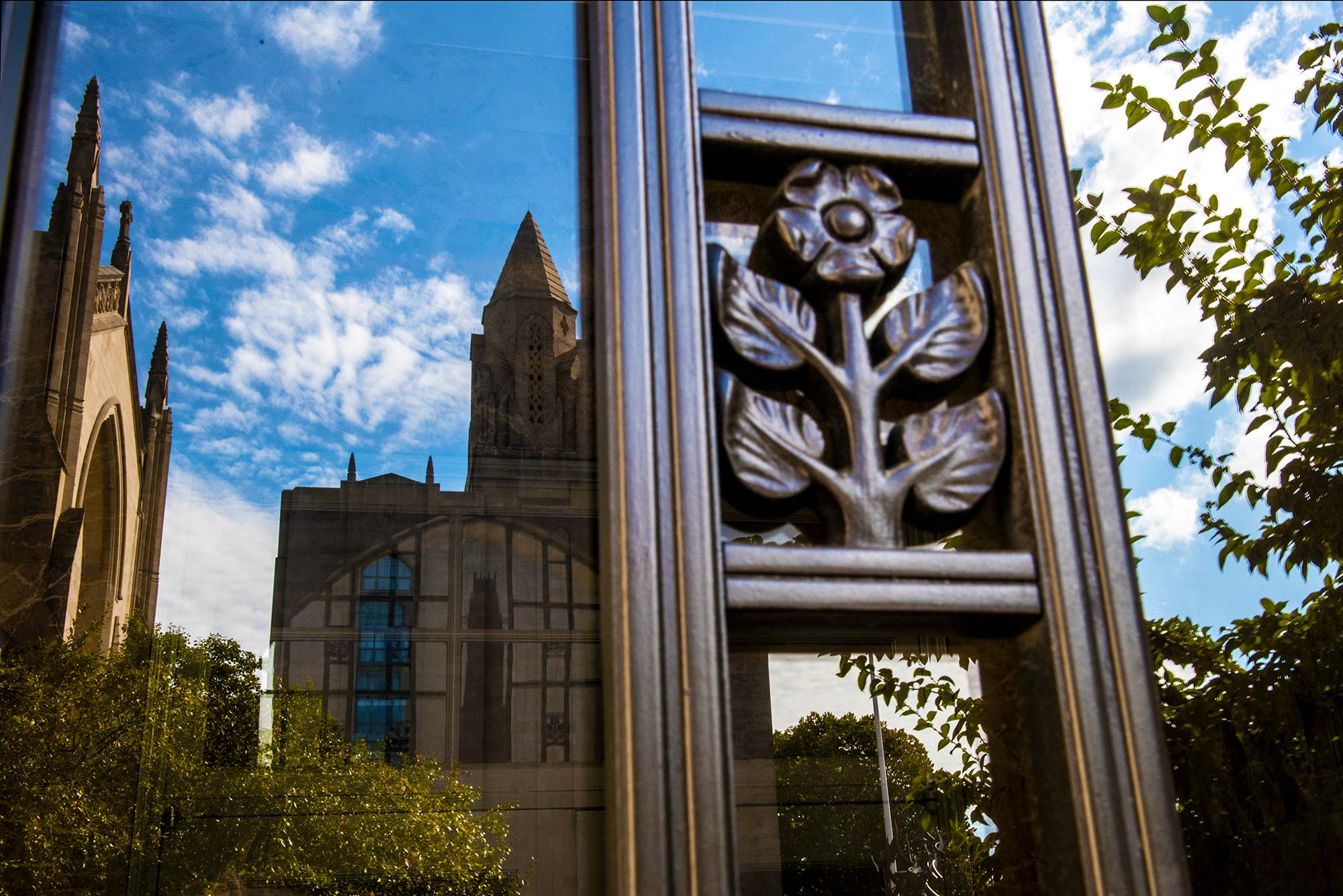 At Marsh Chapel’s weekly virtual interdenominational service on Sunday, May 9, five Class of 2021 graduates shared stories about their spiritual journeys during their time at BU. Since services are still being conducted virtually because of the pandemic, the students prerecorded their reflections. Photo by Adele Bertschy

Expressions of Faith from BU’s Class of 2021

So much of this year’s annual Commencement season has had to change because of the pandemic, but one tradition has remained, but for the second year, with a few tweaks: Marsh Chapel’s annual “This I Believe” Sunday, where members of the graduating class are invited to share stories of their spiritual journeys at BU.

This year’s service was on May 9, the Sunday before Commencement, a tradition dating back to 1982. Each spring, undergrad and graduate students representing a spectrum of faith traditions and from all the University’s schools and colleges, are invited to submit an outline for a three-minute reflection. Several are then chosen by chapel staff to participate in the annual service.

Because Marsh Chapel’s Sunday interdenominational Protestant worship services have not been held live since March 2020, this year’s selected students prerecorded their reflections for the May 9 broadcast, which aired on WBUR-FM, the University’s National Public Radio station, as it does every week. Four of the five speakers—Afsha Kasam (MET’21), Connor Dedrick (Questrom’21), Jordan Neubauer (LAW’21), and Heidi Santa Cruz (CAS’21—were living on or near campus and were able to record their remarks in the chapel’s sanctuary. Soren Hessler (UNI’08, Wheelock’11, STH’11,’21) recorded his reflection from his home in Madison, N.J.

“One downside to prerecording is that there is no congregation to provide immediate gratitude and responses to the students for sharing their stories,” says Jessica Chicka (STH’07,’11,’19), University chaplain for international students, who oversaw this year’s event. “I hope in the coming days they will hear from others how their reflections impacted them.”

Despite the challenges in pulling off this year’s program, Chicka says chapel staff were delighted with the outcome. “The reflections are powerful. Each student has shared a piece of themselves with us through this process, and we are so thankful for their willingness to do so,” she says, adding that they look forward to being able to return to an in-person service for next year’s “This I Believe” Sunday.

Kasam, who is Muslim, earned a bachelor’s in public relations, image management from Quinnipiac University, where she was enrolled in the University Honors program. She is graduating from Metropolitan College with a master’s in advertising. There she was a teaching assistant and a member of the Gamma Iota Chapter of the Tri Alpha National Honor Society. She was also a volunteer with Aga Khan Education Services, guiding students through the college application process, and she has taught pre-K religious education with ITREB USA.

“Being a woman has taught me a lot,” Kasam said in her “This I Believe” reflection. “But it’s mostly taught me to speak up, even if my voice shakes.”

Kasam hopes to work in public relations or advertising after Commencement.

“If I can leave BU only having learned one thing, it’s that if I don’t yet see the face of God in each person I look at, I pray that I can at least see a face as human as my own.”

Growing up in a conservative Jewish household in Princeton, N.J., Dedrick says that “all of my friends were Jewish in the same way I was Jewish.” He was only vaguely aware of other faith traditions. It wasn’t until his freshman year at BU that he  was thrust into what he calls “the deep end of spiritual diversity.” His participation in World Interfaith Harmony Week connected him with students of many backgrounds. In addition to serving as BU Hillel president and board of directors member, Dedrick has been a Dean’s Fellow in Social Impact and a Boston Interfaith Leadership Initiative Fellow, and his work with the initiative proved a turning point in his life, a place where he discovered an “interfaith community that came together in celebration” and that strives to work toward a “future of appreciating difference.”

Following Commencement, Dedrick will be working as a retail management trainee for the Hannaford Supermarket chain.

“After three years, I have grown in my confidence in my spiritual formation, in my relationship with my God, and my ability to contribute meaningfully in student-led Bible studies.”

During her three years as a law student at BU, Neubauer has been an active member of Marsh Chapel’s congregation, taking part in numerous fellowship opportunities, such as the Global Dinner Club and Wednesday Ecumenical Eucharist Services. She says she found physical, emotional, and spiritual sustenance from her involvement in Marsh Chapel life, where she has met lifelong friends who have inspired her to pursue new opportunities for activism. And when the pandemic struck, abruptly ending in-person services, she says that seeing those friends on Zoom calls was a lifeline. “Isolation and loneliness never had the chance to set in fully, and those terrifying early days of the pandemic were lightened by my friends’ pixelated faces.”

Neubauer will be studying for the bar exam this summer.

In his nearly 17 years as a student in five degree programs and a BU employee who’s worked for nearly a dozen University offices (including 9 years as a Marsh Chapel staff member, most recently as chapel associate for leadership development), Hessler says that the people he’s encountered on his journey at BU have all taught him about love. And of all those classmates, colleagues, and students he’s taught and counseled, none has taught him more than the “love of my life,” his wife, Rev. Jennifer Quigley (UNI’08. STH’11), who he met during freshman Orientation.

Now director of graduate academic services at Drew University and an instructor of Christian and interreligious studies at Hebrew College in Newton Centre, Mass., Hessler says that modern American research universities need to be places to “forge friendships and establish partnerships and its education must prepare graduates, regardless of their religious affiliation, to be co-laborers in caring for the world and the people in it.”

“As I close out my undergraduate career and look forward to a bright future, I am thankful for the challenges along the way, as they have fortified my strength and determination to never let up on my dreams, to never let anyone minimize my goals, to never stop believing in myself, and to always be authentically resilient.”

When she arrived at BU freshman year, Santa Cruz says she pictured “four perfect years” with carefully planned classes and extracurriculars that would propel her into a successful career in medicine. But just four weeks into the semester, an academic “mentor” told her he didn’t think she was smart enough or “the right fit” for medical school. Santa Cruz says she had a period of self-doubt afterwards, but was determined to pursue her dream. “It was one of the many hurdles that have come with completing my undergraduate career,” she says, adding that each obstacle provided a lesson in resilience.

After graduation, she will be working at Massachusetts General Hospital as a clinical research coordinator of surgical oncology. She plans to eventually attend medical school and practice emergency medicine.

Expressions of Faith from BU’s Class of 2021