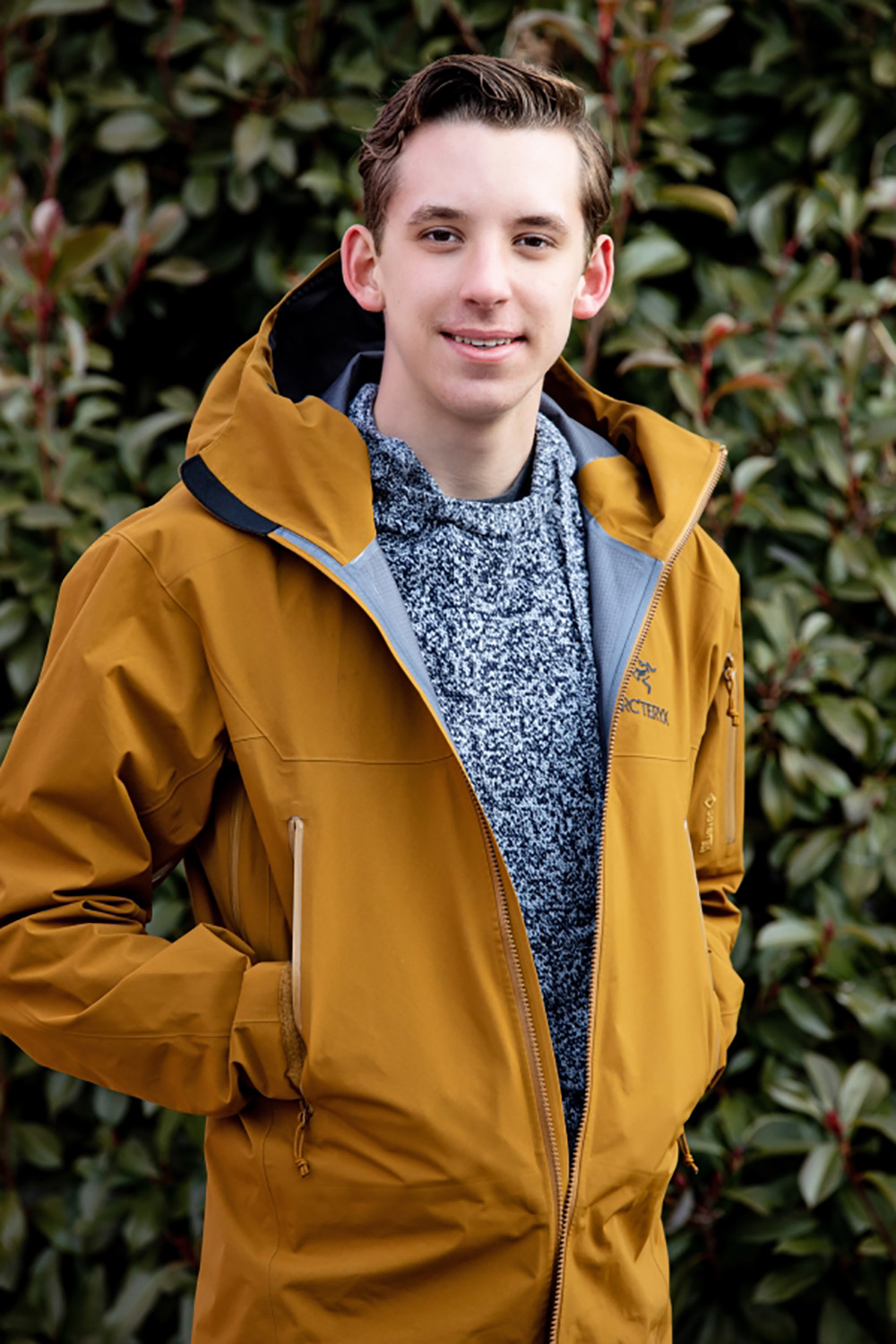 During the summer months, BU Today is revisiting some of the past year’s favorite stories. This week, we feature stories about podcasts created by students and alums.

There once was a time when the anxiety of taking the SAT and filling out college applications hung over high school students for months. A numbers game largely decided where we would spend the most transformative years of our lives, yet we didn’t question or reflect much on the system.

Edward Sturm (CFA’24) has. As the first year of his college career wraps up, Sturm can easily recall the application process that took up so much of his time and energy. This analysis was the foundation for his current podcast, Fair Admission. The nine-episode series explores the disparities embedded in the US higher education system. Through a partnership with the Daily Free Press, BU’s independent student-run daily newspaper, which publishes the podcast on its website, Sturms sits down with higher education professionals, students, and prominent authors to discuss the faults within the current system and how we can make a more fair admissions process.

Sturm began to take note of the inequities within the US education system at large long before he began applying to college. Even when visiting other high schools in his hometown of Wichita, Kan., Sturm says, he noticed the differences in quality in schools throughout the district.

Fast forward to when he applied to colleges in fall 2019. The cost of traveling to visit colleges and paying for each individual application alone, he says, “demonstrated how economically prohibitive elements of the process can be.”

Even going through the loan disclosure process and accepting federal loans “brought home the role of exploding tuition prices in keeping underprivileged students out of certain institutions.” he says.

Episode guests include Jay Rosner, president of the Princeton Review Foundation, Dan Golden, author of the book The Price of Admission: How America’s Ruling Class Buys Its Way into Elite Colleges—and Who Gets Left Outside the Gates, and Natasha Warikoo, author of The Diversity Bargain: And Other Dilemmas of Race, Admissions, and Meritocracy at Elite Universities.

In the sixth installment of the series, Sturm hits on the much dreaded college essay. Whether a specific question or a personal statement, it’s a staple of the application process. While some consider it a necessity, Sturm believes it’s too subjective, citing “the role that race, economics, and pure luck” play in the decision to be admitted from a single assignment.

He also delves into his own experience as a theater major, spotlighting another issue: the audition process for fine arts students. For that topic, he spoke with Harvey Young, dean of BU’s College of Fine Arts. In addition to exchanging thoughts over the added pressures of getting one chance to nail an audition, Young also brings up how the lack of diversity in fields like fine arts discourages students from pursuing their passions.

In exploring these systemic issues, Sturm takes a few seconds to acknowledge his own privilege as a white male. “In the first episode of the podcast, I discuss Harvard, the oldest university in the United States, which opened its doors in 1636, but took more than 200 years to admit a Black person and nearly 300 to admit a woman. I am among the cross section of identities that has had a place at most universities since 1636,” he says.

But in knowing this, he adds it’s “all the more imperative that I call attention to the inequities that have existed and continue to exist on the path to higher education.”

Tuning in to the podcast, it’s Sturm’s voice leading as the show’s host, but he’s also responsible for the research, writing, and interviewing that round it out. A team of researchers and the Daily Free Press also provide support. The undertaking may seem daunting, but Sturm is well-prepared since he previously cohosted the podcast Duality, which explored contrasting narratives.

As the semester and the Fair Admission podcast near an end, Sturm continues to advocate for admissions standardized testing requirements to be eliminated entirely. BU Admissions has had a test optional policy since the start of the coronavirus pandemic, citing the continuing risks associated with the global pandemic and limited access to standardized test administrations as two reasons for doing so. This has been partially credited for the University’s largest-ever applicant pool this year.

More than anything, he encourages listeners to reconsider how they think of college admissions, what they accept as the norm, and how they can and should advocate for change.

“We have a tendency to think very hierarchically about where students go to school, but an acceptance letter isn’t a reflection of a person’s intellect or self-worth,” Sturm says. “When we understand the inequities baked into the college process, we reframe what admission means and take the first step toward clearing barriers for marginalized groups.”