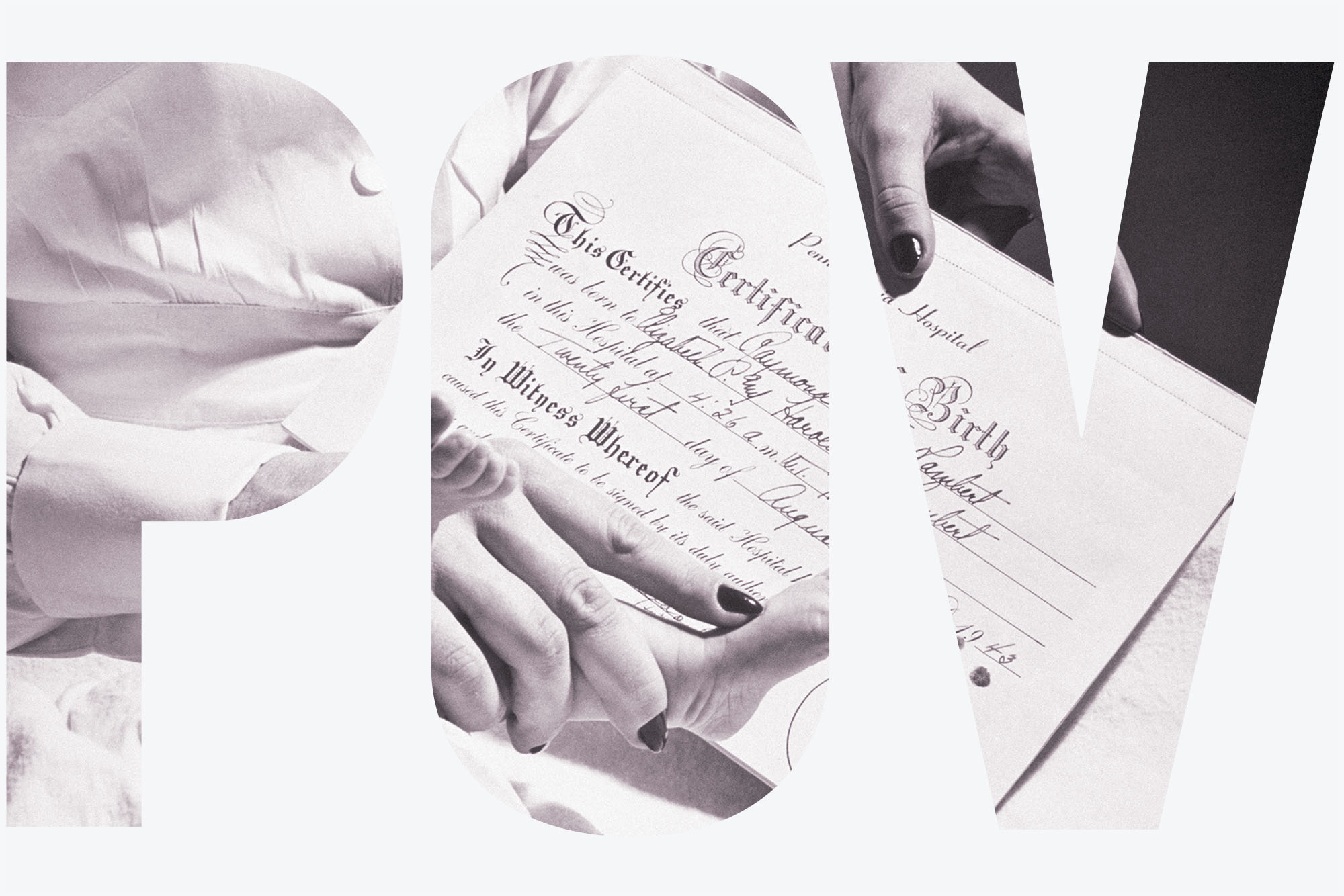 POV: We Need to Eliminate Sex from the Public Portion of Birth Certificates

To obtain a passport or driver’s license, register for school, adopt a child, gain employment, and get married, we are required to present our birth certificate. Despite little relevance to the situations, each forces us to reveal personal information on our birth certificates, such as our sex assigned at birth. These situations can be particularly harrowing and even dangerous for transgender, nonbinary, and intersex persons. Thankfully, the American Medical Association now recommends removing sex from the public portion of birth certificates. Such an update to birth certificates has the potential to remove yet another barrier to people living their lives freely.

The U.S. Standard Certificates of Live Birth form is the primary means by which data is collected and standardized, though each state and territory may adapt the standards to local needs. The basic form is two pages long and consists of 58 questions, including the child’s sex assigned at birth. The form is completed by the parent(s) of the child, then certified by a medical professional, and submitted to the state, county, or municipality, which issues the final birth certificate back to the parent(s). As it is currently set up, birth certificates do not appropriately account for intersex persons (approximately 1 in 5,000 people) and put the 0.6 to 2 percent of persons who identify as transgender and nonbinary at risk of discrimination or worse. As a primary care doctor who specializes in providing gender-affirming care, I know government documents such as birth certificates can cause a great deal of anxiety and dysphoria for my transgender patients. For my patients, having a sex designation on their birth certificate that does not reflect their gender identity can result in confusion, discrimination, and violence whenever their birth certificate is requested.

Some states have attempted to offer gender-neutral options on birth certificates, such as the “X” designation. And while a move towards more gender-neutral options could provide additional privacy for persons, this may cause the same amount of confusion and potential threat of discrimination if it is not an accurate representation of a person’s gender.

While moving sex off the public portion of the birth certificate will not address all inequities and discrimination experienced by transgender and intersex people, this is a valuable first step rooted in science and history and backed by the American Medical Association.

Carl G. Streed, Jr., a School of Medicine assistant professor of medicine and research lead at Boston Medical Center’s Center for Transgender Medicine and Surgery, can be reached at Carl.Streed@bmc.org.

Editor’s note: The author is a member of the American Medical Association Advisory Committee on LGBTQ Issues.

POV: We Need to Eliminate Sex from the Public Portion of Birth Certificates

There are 8 comments on POV: We Need to Eliminate Sex from the Public Portion of Birth Certificates

POV: We Need to Eliminate Sex from the Public Portion of Birth Certificates
8
share this