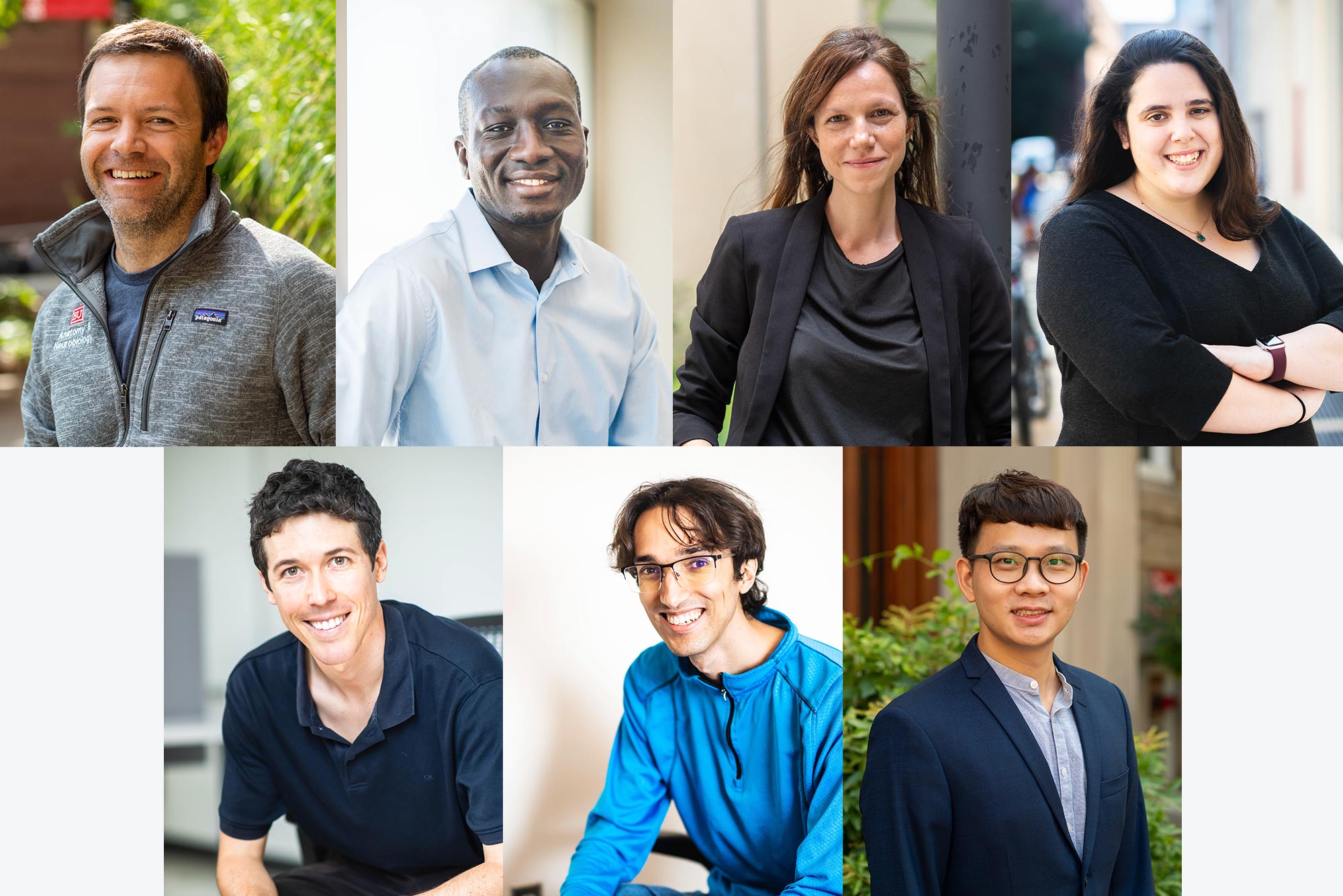 From Automation to Breast Cancer to Social Media, 2021 Career Development Professors Span an Array of Disciplines

In an era of rivalry and rising tension between the United States and China, Chris Chao Su has found one commonality between the two. A College of Communication assistant professor of emerging media studies, Su compared how people consume digital media in both countries. “The findings revealed more similarities than differences,” he says.

“I’m fascinated with how audiences are forming in an increasingly fragmented digital media environment, particularly when it comes to mobile applications—apps,” says Su. Born in China and holding a PhD from the Chinese University of Hong Kong, he has conducted postdoctoral research on digital media use across China, the United States, and Europe. His scholarship has made Su the 2021–2022 East Asia Studies Career Development Professor, one of seven assistant professors honored with Career Development Professorships.

The professorships are given annually by the Provost’s Office to junior faculty who have been nominated by their deans and colleagues as promising scholars in their fields. Variously named for the donors and alumni who fund them, Career Development Professorships are tied to specific BU schools; all appointments are for three years and provide stipends for the recipients’ salaries and scholarship. This year’s recipients will be honored at a dinner this evening, Tuesday, September 21.

Su’s professorship was established by a Taiwan-based alumnus in 2015 who wishes to remain anonymous. This year’s other Career Development Professorships, with recipients, their schools, and departments are:

Peter Paul Career Development Professor, established by BU trustee emeritus and University Advisory Board member Peter Paul (Questrom’71): Michael Wallace, a School of Medicine assistant professor of anatomy and neurobiology. “Mike’s research is aimed at building a deep understanding of synapses, cells, and circuits…that underlie depression, with the goal of facilitating development of new therapeutics for this important mental illness,” his nomination letter says. “Using precise circuit manipulation techniques, Mike is poised to discover exciting new targets for the treatment of depression.” His research specifically focuses on how serotonin modulates the cells and synapses in the brain.

Peter J. Levine Career Development Professor, established by academic/venture capitalist and former BU trustee Peter J. Levine (ENG’83): Eshed Ohn-Bar and Ashok Cutkosky, ENG assistant professors of electrical and computer engineering. As self-driving cars and automating workplaces herald the growing role of robots, Ohn-Bar’s cutting-edge research “addresses challenges in real-world perception and action of autonomous and assistive robotic systems that effectively reason over the behavior of humans around them,” his school’s nominating letter says. Cutkosky researches machine learning and optimization and how to “remove the guesswork currently required in building and training machine learning models,” according to his nominating letter. He has made groundbreaking discoveries in learning theory.

“Each year, these professorships help us shine a well-deserved light on some of our academic community’s rising stars, while also serving as a window into our future as a global research institution,” says Jean Morrison, University provost and chief academic officer. “These seven faculty members are doing exceptional early-career work within their fields, with major potential across the sciences, medicine, technology, and communication. We see great things ahead for them in the years to come, and are excited to support their success.”

From Automation to Breast Cancer to Social Media, 2021 Career Development Professors Span an Array of Disciplines

From Automation to Breast Cancer to Social Media, 2021 Career Development Professors Span an Array of Disciplines
0
share this