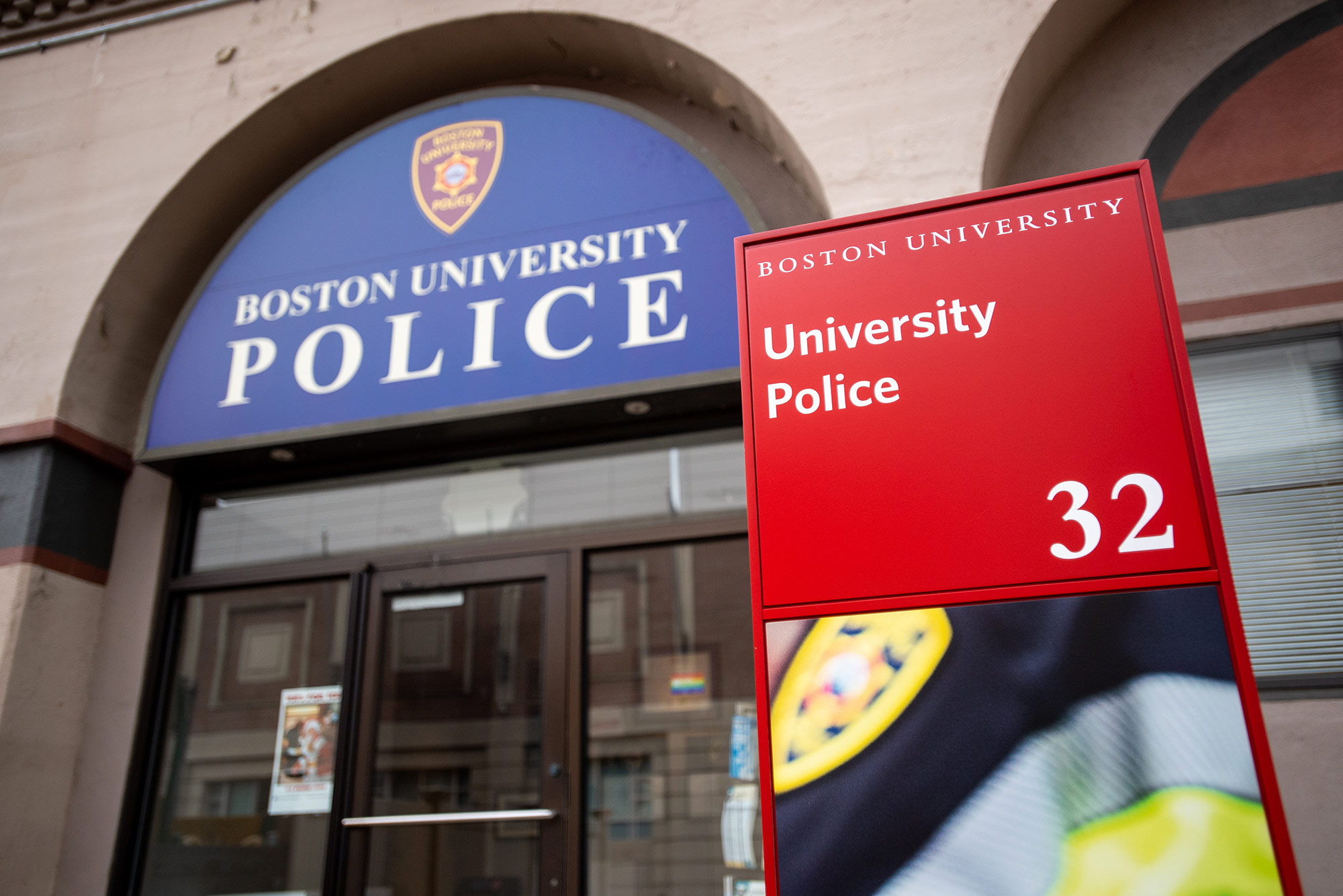 The number of reported sexual assaults in the form of forcible fondlings increased on the Charles River Campus in 2019, while aggravated assaults and robberies rose on the Medical Campus. Photo by Cydney Scott

Reported sexual assaults in the form of forcible fondlings rose on the Charles River Campus (CRC) and Medical Campus in 2019, while the latter also saw more assaults and robberies, according to the University’s latest Security and Fire Safety Report.

There were six forcible fondlings on the CRC in 2019, up from one the previous year and four in 2017. The Medical Campus reported a dozen such incidents in 2019, versus two in 2018.

“The Boston University Police Department supports all survivors of sexual assault and keeps reports highly confidential,” says BU Police Department (BUPD) Lieutenant Daniel Healy. He refers students who have experienced these and other crimes to the University’s reporting resources, which encourages students to report incidents as soon as possible, even if they’re not sure they want to prosecute (reporting does not commit you to prosecution).

The annual security summary covers crimes reported to the BUPD on BU campuses, on adjacent public property, and on off-campus property owned or controlled by the University. The report is required of universities under the federal Jeanne Clery Disclosure of Campus Security Policy and Campus Crime Statistics Act. Fenway Campus statistics are included in the CRC’s statistics.

Including crimes at venues adjacent to campus bolsters BU’s crime numbers, Healy says. In particular, crime in neighborhoods around the Medical Campus has worsened during the pandemic. In October 2019, Boston Mayor Martin Walsh appointed a task force to address the growing number of people with substance use disorders in the area, which is home to a cluster of drug treatment services.

“BUPD and Medical Campus Public Safety urge all members to use caution, especially at night or when travelling alone through the area,” Healy says. Both provide safety escorts to BU students and employees and may be reached at the numbers listed at the end of this article.

While crimes of violence get attention, “the number one reported crime on this campus and most campuses across the country is theft of property,” Healey says. “The most commonly stolen items were phones, wallets, purses, bicycles, and clothing items such as jackets.” 2019 also saw reported motor vehicle thefts spike to nine from four the previous year and just one in 2017, owing to more motorized scooters being stolen from parking areas and bike racks, Healy says.

To protect against theft, he advises the University community to take precautions like keeping doors locked, using lockers whenever possible, and not leaving valuables unattended. “We recommend using a high-quality steel U-lock for your bicycle,” Healy says, “and use indoor bike cages whenever possible.”

The CRC had six fires in 2019, two more than in the previous year and one more than in 2017, according to the report. For the third year in a row, the Medical Campus reported no fires.

Students who need help for stalking, domestic violence, or dating violence can contact the Sexual Assault Response & Prevention Center, 930 Commonwealth Ave., at 617-353-SARP (7277) or by email at sarp@bu.edu. All services are free and information is kept confidential. In urgent situations, students can also seek help at Student Health Services Behavioral Medicine, at 617-353-3569. University employees who experience stalking, domestic violence, and dating violence can contact the Faculty & Staff Assistance Office, at 617-353-5381, or by email at sao@bu.edu. Students and staff can call the Boston University Police, at 617-353-2121, or Medical Campus’ Public Safety Department, at 617-414-4444.

There is 1 comment on Assaults, Robberies Increased on BU’s Campuses in 2019

Assaults, Robberies Increased on BU’s Campuses in 2019
1
share this