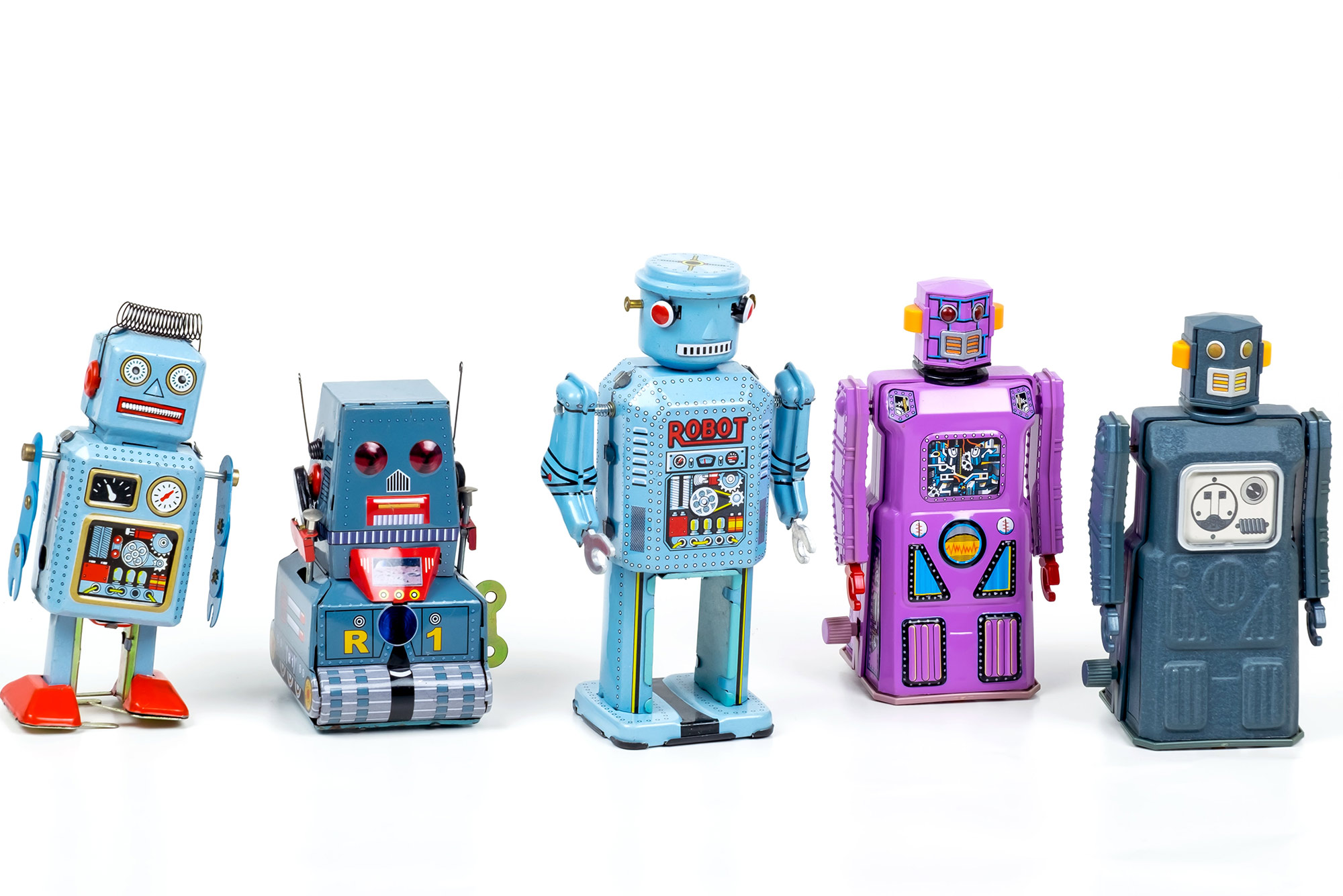 The US tax code encourages the replacement of human workers with robots, BU research says. Photo by Eric Krull/Unsplash

We’re Paying for Robots to Take Our Jobs. Seriously.

Science fiction like The Terminator franchise has created the enduring meme of malevolent robots overthrowing humanity. The notion that we’d actually pay for them to replace us is so far-fetched that even Arnold Schwarzenegger hasn’t imagined it. But the government has.

Through the US tax code, we’ve inched ever closer to Andrew Yang’s dreaded Robocalypse of automation sweeping the workplace, according to a recent paper cowritten by BU economist Pascual Restrepo.

In the paper, the College of Arts and Sciences assistant professor of economics and MIT colleagues say that the tax code subsidizes the replacement of humans with automation, thanks to provisions that are biased towards capital (income-producing assets like machines) and against labor.

When a firm hires a human, it incurs its share of payroll taxes for that person’s Social Security, Medicare, and unemployment insurance. But buying robots and other software and equipment brings tax breaks, such as depreciation allowances. “We find that labor taxes in the US are in the range of 25.5-33.5%,” the authors write. “Effective capital taxes on software and equipment, on the other hand, are much lower [at] about 5%.”

Supporters of low capital taxes argue that they allow businesses to hire and pay more to humans. Au contraire, the paper says: the tax bias actually encourages automation, even when there’s little efficiency gain from machines, to the detriment of employment. In fact, the researchers estimate that eliminating the bias toward capital could boost US employment by up to 6 percent.

Restrepo, who has studied job losses because of robotics, discussed his tax paper—to be published by the journal Brookings Papers on Economic Activity—with BU Today.

BU Today: Your proposed solution is “optimal taxes,” including a stiff tax on robot purchases. What are the political chances of such a tax, given congressional Republicans’ hostility to seemingly any tax  increase?

Pascual Restrepo: An optimal tax schedule would involve higher taxes on capital and lower taxes on labor. This would raise the same revenue, and so perhaps this can be used to gain political support. The key observation is that if you set taxes on capital and labor right, then you don’t have to worry about introducing an extra tax on robots or automation. If taxes are right, then firms face the right prices and the right incentives to automate, and so one does not need to tax automation or robots on top of that.

A tax on robots or other tools to reduce automation becomes useful only if this partial reform is politically more feasible than reducing taxes on labor. The current tax system unduly increases the price of labor relative to capital and encourages excessive automation. The objective of these tools or taxes on automation is to prevent the automation of additional tasks. The idea is just to make sure that when a firm is contemplating whether to automate its checkout clerks, it does so because this is a productive innovation that will improve the goods and services it provides, and not just to avoid paying labor taxes.

I should caution that there is a lot of uncertainty surrounding our numbers. Our conclusions rely on several empirical estimates describing how much savings change when taxes on capital are modified, or employment changes as taxes on labor increase.

Pascual Restrepo: Summers is probably right: implementing policies that avoid the use of “so-so” automation technologies (those that are motivated by small tax differences and not by true improvements in productivity) is hard. But hard doesn’t mean wrong. We just need to think harder about implementation.

BU Today: Some economists have called for radical tax simplification that would include taxing labor and capital at the same rate, removing the bias. Is that a good idea?

Pascual Restrepo: I think that one can make a cogent case based on existing evidence that this would be a good thing to do. But as I said before, we need a better empirical understanding of how taxes affect savings and labor supply decisions. So this is a question where my view can evolve very quickly depending on new evidence.

We’re Paying for Robots to Take Our Jobs. Seriously.

There is 1 comment on We’re Paying for Robots to Take Our Jobs. Seriously.

We’re Paying for Robots to Take Our Jobs. Seriously.
1
share this