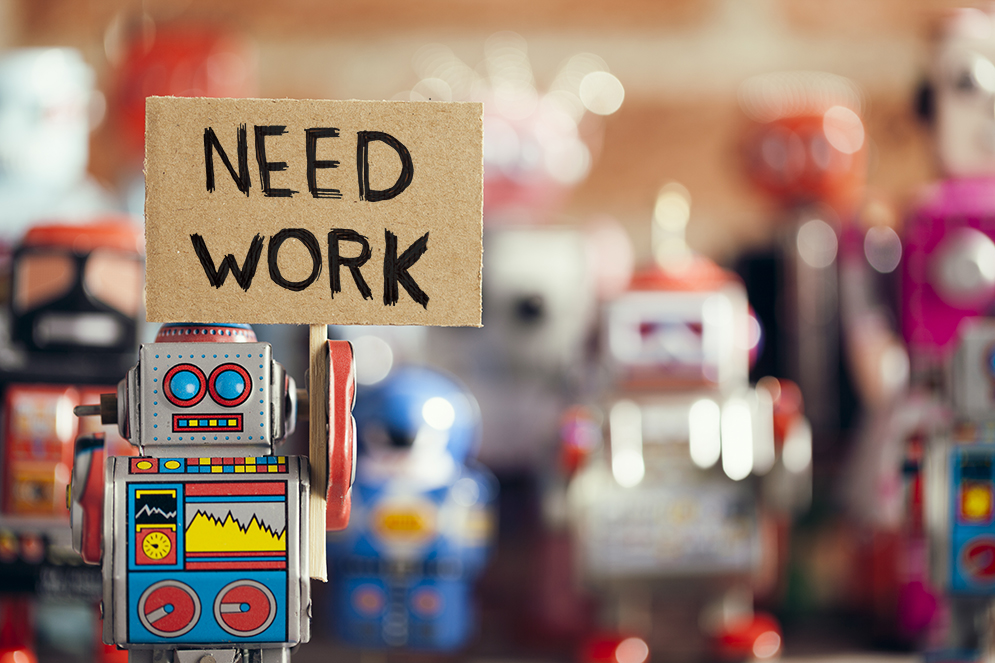 Are we bumping up against the “Robocalypse,” where automation sweeps industry and replaces human workers with machines? BU economist Pascual Restrepo says that interpretation is too gloomy, although his recent research, posted online by the National Bureau of Economic Research, reveals that the adoption of just one industrial robot eliminates nearly six jobs in a community.

The study, examining job losses between 1990 and 2007, modified earlier research by Restrepo, a College of Arts & Sciences assistant professor of economics, and coauthor Daron Acemoglu of MIT. That previous work, says Restrepo, was a “conceptual exercise” that looked at history and argued that over the long run, automation transforms rather than eliminates human jobs.

He still believes that. But he realized that regaining jobs is a longer slog after he and Acemoglu looked at actual data from 19 industries—among them car manufacturing, electronics, pharmaceuticals, plastics, chemicals, and food processing—that introduced industrial robots.

Those are multipurpose, reprogrammable machines, as opposed to artificial intelligence technology and single-purpose machines (such as coffee machines, to cite one mundane-minded analyst’s example).

That real-world data showed the one-for-six robot-for-humans swap in communities most exposed to automation in industry.

Those job losses and the potential for others (software has been developed that can take over middle-management work) has some Silicon Valley wonks predicting a workless future where Americans will need a government-provided income to replace wages.

But Restrepo says interpretations of his research as foretelling the demise of human work are premature. “The process of machines replacing human labor is not something that is new,” he says. “It’s been going on for 200 years. Why is it the case that we still have so many jobs?

“We went, for instance, from having like 60 percent of the population working in agriculture to having 3 percent working in agriculture,” but that led to the rise of industrial jobs, he says. And as manufacturing petered out, workers shifted into the service sector: “Who would have imagined 30 years ago that we would have people designing apps, working as software engineers?…Who knows what our kids are going to be doing 30 years from now?”

Still, the transition to jobs of the future is “actually quite painful,” as workers automated out of their jobs don’t have an easy time migrating into new employment.

“Communities that have been more exposed to automation,” Restrepo says, “do not tend to be doing well in terms of employment and wages.” He and Acemoglu found that many workers dropped out of the workforce and “just stopped looking for a job, because they got discouraged. 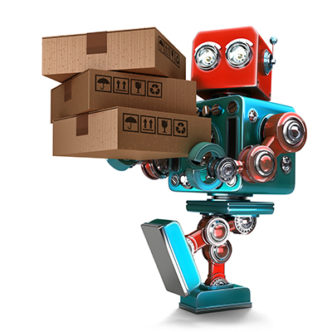 “These places do not seem to be developing new jobs or new industries to absorb these workers, and that’s our concern,” Restrepo says. “That’s not saying that it’s not going to happen, maybe in 10 years…but the thing is that so far we’re not seeing it.” That’s noteworthy he adds, because the study included the booming 1990s.

There has often been a decades-long lag between past waves of automation and workers moving to newly created jobs with good wages, he says. “These adjustments were never easy. There was a lot of turmoil in between, there was a lot of political unrest in between.”

Opposition to automation won’t fix the problem. “At the end of the day, technology is the reason why we have such a high standard of living,” he says. While the duo’s study doesn’t address solutions to workers’ plight, Restrepo says humans can choose to use tech for more than we are using it for currently.

“It seems to me that we’re emphasizing the use of technology to automate existing uses of labor,” replacing blue-collar and clerical workers. “We can also use technology to augment workers, to create new types of jobs” to soak up the workers who’ve dropped out of job-seeking.

Another prudent choice, he says, would be improving government assistance to workers, such as expanding the earned income tax credit, which gives subsidies to the working poor, to help those individuals who’ve stopped working because the available jobs don’t pay as well as their old ones. Better retraining programs, and college-business partnerships helping colleges prepare workers for new jobs with businesses, also would be a good idea, he argues.

“Opinion is moving between sort of polar extremes. On the one extreme is people that are claiming the Robocalpyse is coming,” he says. On the other hand, “many economists view this like, oh, we’ve been here before” and new jobs will come.

Since publication of his study, Restrepo has turned his focus to Germany and Japan, leaders in adopting industrial robots. But they need to do that because their workforces are aging and they face a labor shortage, so automation is a reasonable choice, he says.

Will Robots Take My Job?