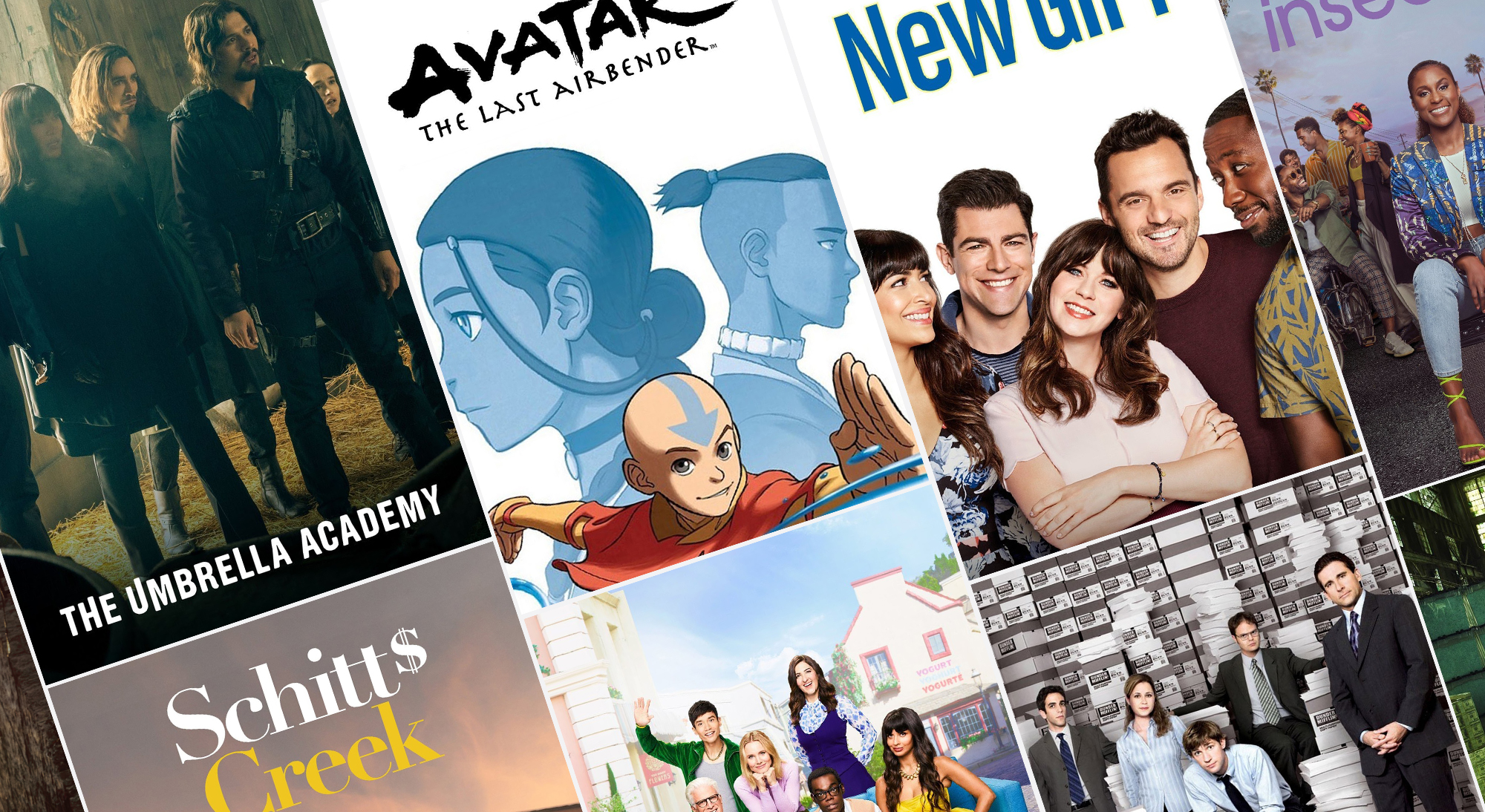 Top-10 TV Shows, Picked by You

The results are in. Leading up to the 72nd Primetime Emmy Awards Sunday night, we asked students to send us their top-three all-time favorite shows. They did. In fact, over 160 different shows were submitted, but only 16 made it to our top-10 list (in case you think we are math-impaired, 7 shows tied for 10th place). Take a gander. And tell us what your favorites shows are in the Comment section below.

We have a 7-way tie for number 10, with a mix of network sitcoms and dramas and more cutting-edge fare from premium cable channels like HBO and Showtime. Each of these shows is great in its own right, deserving inclusion on any top-10 list.

Season two of The Boys is just now hitting Amazon Prime Video, and with fans raving about the show, it takes ninth place. Based on the Garth Ennis and Darick Robertson comic book of the same name and flipping the concept of superheroes on its head, The Boys explores a world where heroes use their power for selfish reasons. These superheroes aren’t the ones you read about in comics.

Coming in at number eight, we have the NBC comedy The Good Place, now running on Amazon Prime Video. The critically lauded show, starring Ted Danson and Kristen Bell, offers a different view of the afterlife from anything you may have learned in Sunday School. The Good Place is where people go after they die. They get pretty much whatever they want there—and they get to meet their soulmate. But everything may not be what it seems…

7. Avatar: The Legend of Korra

A surprising entry to the list, Avatar: The Legend of Korra makes the cut at number seven. This Nickelodeon cartoon follows up on the 2005 hit (yes, it has been that long) Avatar: The Last Airbender. The show follows Korra, the new avatar, on her journey to master the four elements—air, earth, fire, and water. If nothing else, it’s worth watching for her polar bear dog. You can catch the show now on CBS All Access and Amazon Prime Video.

Imagine a fabulously wealthy family, like the Kardashisans, who have lost all their money and are forced to relocate to a small town in an effort to rebuild their fortune. Boom. That’s the premise of Schitt’s Creek, the hilarious Canadian television sitcom created by Dan and Eugene Levy, starring them both and Catherine O’Hara. Follow this hopelessly flawed, yet hilarious family as they try to regain their wealth. Honestly, who doesn’t like laughing at the rich? The show, which originally aired on CBS, is available on Netflix.

The only surprise about this Emmy-winning comedy is that it wasn’t higher on our list. It feels like everyone has seen at least some episodes of the long-running NBC show about a bunch of employees at a paper company in Scranton, Pa., that made stars of Steve Carrell and John Krasinski. People love it, sometimes a little too much. There’s not much to say about this show that hasn’t already been said. If you haven’t seen it yet, you need to. It’s available on Netflix through 2020 before moving to NBC’s new streaming service.

Lucifer, as its title implies, is about the devil, also known here as Lucifer Morningstar. After getting bored with hell, he decamps for LA to enjoy sinning in the overworld. Naturally, he owns a nightclub. All is well until one night someone is murdered outside the club. After hearing the news, Lucifer has a strange feeling. Remorse? Maybe even the first fallen angel can have hope for his soul. You can view the series, which originally aired on Fox, on Netflix.

We weren’t expecting this from our poll.An eight-season series that ran on Fox, quirky comedy New Girl, starring Zooey Deschanel, beat out The Office for the number one comedy on our list. The show follows the awkward but optimistic Jess (Deschanel), who is trying to get over a recent breakup. She moves into a loft with three men, and they become a close-knit, albeit very dysfunctional, family (but what’s a family without a little dysfunction?). Catch episodes on Netflix.

This superhero web TV series, based on the comic book series of the same name, begins on a day in 1989 when 43 babies are born with superhuman abilities. Eccentric billionaire Reginald Hargreeves decides to adopt seven of the children in order to form the Umbrella Academy. The adopted siblings become estranged, but reunite after they learn that Hargreeves has died. Like The Boys, Umbrella Academy has a refreshing take on the stale superhero genre. The ensemble cast includes Ellen Page, Mary J. Blige, Tom Hopper, and Yusuf Gatewood and airs on Netflix.

Claiming the number one spot is a childhood favorite and cult classic: Avatar: The Last Airbender. The show aired on Nickelodeon over a decade ago, but still holds a special place in many students’ hearts. While mostly lighthearted, it deals with issues you wouldn’t normally find on a Nickelodeon show. Characters experience death, heartbreak, and stress. Oh, and Sokka is the best character. Avatar: The Last Airbender is currently streaming on CBS All Access.

The 72nd annual Primetime Emmy Awards show is Sunday, September 20, at 8 pm ET. You can watch the ceremony live on ABC.

Top-10 TV Shows, Picked by You