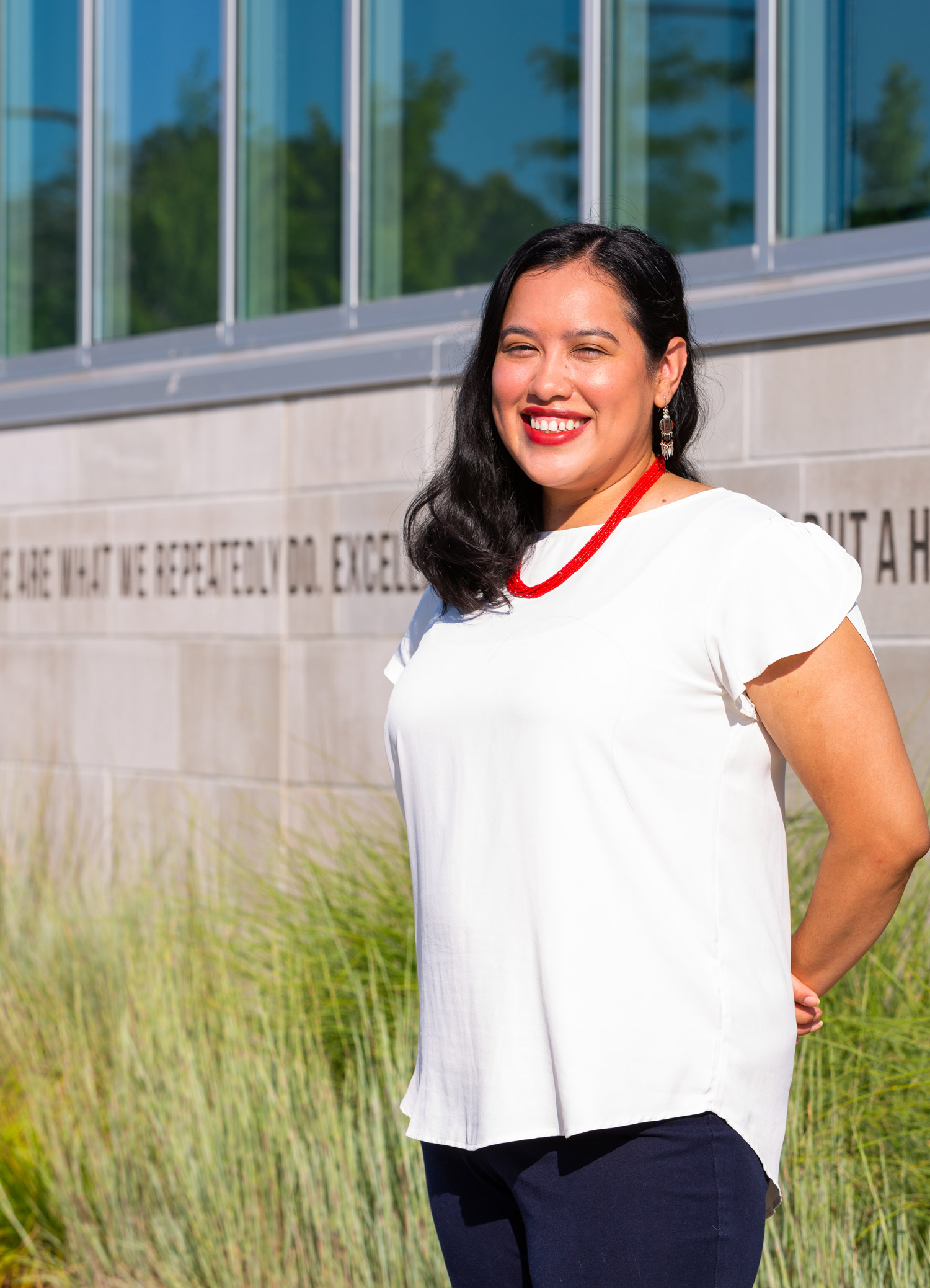 In mid-March, after Boston Prep’s administration decided to close the 6–12 charter public school and move classes online because of COVID-19, Julie Duran and a team of teachers began assembling a makeshift warehouse in the school cafeteria. From it, they doled out Chromebook laptops to every student—most from low-income communities in Boston’s Hyde Park, Dorchester, Roxbury, and Mattapan neighborhoods. That was only the start. For students who didn’t have internet access at home, the school arranged for wireless hotspots or paid lapsed bills. It also provided breakfasts and lunches to students and their families—not just in the spring, but throughout the summer, too. And when they learned that parents who’d lost their jobs weren’t able to pay bills or buy groceries, the school established a family fund to help pay for utilities, food, medical expenses, and more. They are continuing these efforts this school year.

“We already knew that some of our students are coming from neighborhoods that are often neglected, that don’t have all the resources that they need,” says Duran (CGS’06, ENG’09, Wheelock’10), Boston Prep’s high school principal. “Schools like Boston Prep have been supporting communities even before the pandemic. It’s unfortunate that it took the pandemic to highlight for others not living in our communities the inequities that have been in existence for so long.”

The events of 2020—from the pandemic to acts of police brutality and racism—made Duran realize her work beyond academics is more important than ever.

“Ultimately, our state governments have failed our communities over and over. Boston Prep provides specific academic programming to ensure students succeed through college, but we also look at the wellness of our community. It’s about standing with our community.”

Duran, who was a first-generation college student, is determined that all students should have access to quality education—with equal learning and achievement opportunities no matter their background or personal circumstances. And that didn’t change in the pandemic. Boston Prep has a robust team of academic and social-emotional support staff to help students every step of the way. Each student is paired with a faculty advisor, and alumni are even given help through their college careers. Boston Prep prides itself on having all of its graduates, most of whom identify as non-white, ethnic minorities, accepted to four-year colleges. In the US, 14 percent of Black adults and 11 percent of Latinx adults hold bachelor’s degrees, compared with 24 percent of white adults.

The daughter of El Salvadoran immigrants, Duran grew up in Los Angeles, Calif., in a neighborhood that was predominantly El Salvadoran and African American. She joined BU’s biomedical engineering program—and found the University a culture shock. “It was the first time I left my community. And my community was predominantly Black and brown,” she says. “The Howard Thurman Center was a big saving grace for me. I was able to go there and find people who understood what I was feeling. I was able to have honest conversations with them and they provided resources for how to not only navigate BU culturally, but also academically.”

While she worked toward her engineering degree, Duran also tutored children through BU Upward Bound and the BU Initiative for Literacy Development (BUILD). It wasn’t until her senior year that she realized these tutoring jobs were her favorite part of the week. One day, as she headed into a research lab, all she could think about was getting through the hour until it was time to tutor. “That’s when I thought, ‘What are you doing with your life? You’re doing the wrong thing and you’re about to graduate.’” That night, she decided to apply to the Master of Arts in Teaching program at BU Wheelock College of Education & Human Development, with a focus on math.

Duran knew that she eventually wanted to “educate other students like me,” working to address the very skill gaps she realized she had when she got to BU. “I was fully aware in college that I had some skill deficits. It’s tough finding that out then,” says Duran. She taught math at Cape Cod Technical High School in Harwich, Mass., then joined Boston Prep, where she taught eighth grade math and was the chair of the math department before becoming principal last year. “It feels like a scramble because you have a short amount of time to accelerate learning and fill these gaps that have formed over so many years.”

At Boston Prep, staff at the college and career counseling office lead the Persistence Project, an initiative the school implemented to make sure that students—many of whom, like Duran, will be the first in their families to earn a degree—continue to succeed once they matriculate at college. Besides providing students with college preparatory and counseling services throughout their time at Boston Prep, the school offers support services to graduates, including tutoring, professional development opportunities, book stipends, and emergency financial support. Students are paired with an alumni counselor whose full-time job it is to follow up with them throughout their college careers.

Alumni counselors also gather important data from graduates that help inform how Boston Prep’s curriculum is shaped. “We ask graduates to tell us what in the curriculum has served them and what we need to go back and fix,” says Duran.

All of those efforts are paying off. More than half of Boston Prep’s alumni from the first three graduating classes, the Classes of 2011–2014, successfully earned a bachelor’s degree within six years—a rate nearly twice that of their peers nationally and four times that of low-income youth across the country. For the 10th year in a row, 100 percent of Boston Prep’s most recent graduates, the Class of 2020, were accepted to a four-year college. At graduation, every single student had planned to matriculate to college this fall, despite the challenges and uncertainty posed by COVID-19.

While the school’s mission is to ensure that all of its students have a pathway to college and through college, Duran says she is invested in their personal growth, too. “It’s also about a student knowing who they are and how they fit into the world.” Duran and the rest of Boston Prep’s leadership and staff have ramped up efforts to connect and build relationships with the school’s students and families, especially as the pandemic has forced everyone to be apart. Over the spring semester and summer, Boston Prep hosted a series of student and family town halls outside of class to discuss current events. The first was in the wake of the killings of George Floyd, Ahmaud Arbery, and Breonna Taylor, as protests broke out over police brutality against people of color.

“Our students were definitely feeling all of this emotion and bringing it into the classroom,” says Duran. “We wanted to create a space for students, families, and faculty to share how they’re feeling and what they’re going through.”

That town hall spawned a series of other virtual discussions for those students who wanted to continue the conversation. Duran says she was inspired to see that students wanted to lead these talks.

“It just created a space where we felt like we were together and were able to honestly talk about what was going on,” she says. “It made us all realize that we need to keep having these other moments where it’s not just about the academics. We need those conversations where it’s not just about what you’re feeling in response to the greater problems in the world, but also more about, ‘Where are you right now?’ and ‘How are you doing?’ Because it shouldn’t take these crimes that are happening in the world for us to talk.”

Duran believes it is important to listen to what students are feeling and thinking and give them what they want out of their school. In fact, many course offerings have been shaped by student requests, including a new ethnic studies curriculum. Duran also continues to help lead efforts to improve the school’s work in diversity, equity, and inclusion, including having conversations with her colleagues on checking their biases in the classroom.

“We don’t have all the answers,” she says. “But the one thing we do need to be able to say to our students is ‘We love you, and you are safe here’ and show that we mean it through our actions.”

This article was originally published in Wheelock Magazine.