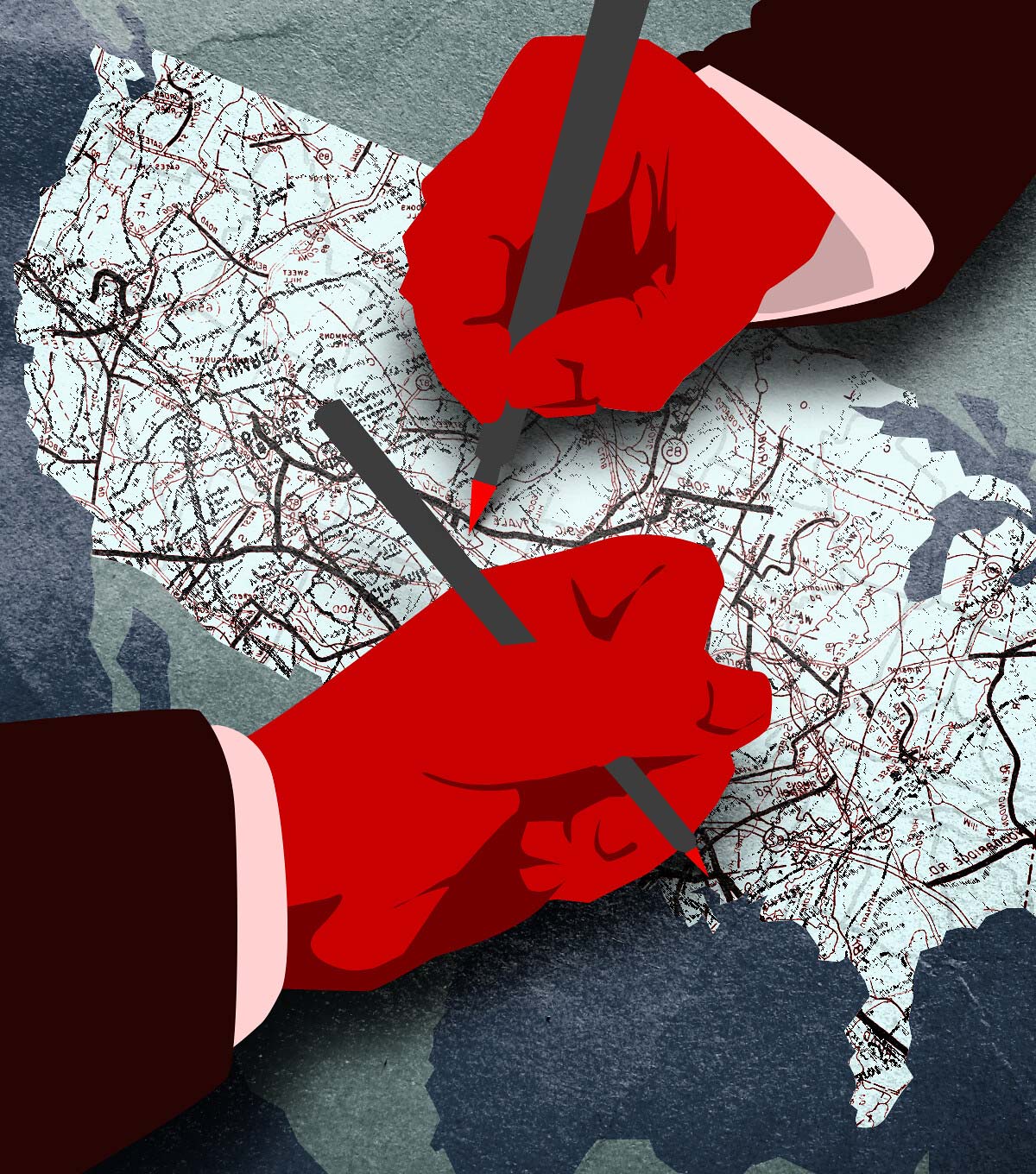 After we all complete those printed or online 2020 Census forms, the decennial headcount of Americans will allow states to redraw their congressional and state legislative districts, based on shifting population patterns. That’s the theory. But as one wag says, in theory, there’s no difference between theory and practice, but in practice, there is.

The practice of state legislatures often is to draw district lines to skew elections in their favor. For example, Republicans who won a minority of votes in several states after the 2010 census still won a majority of congressional seats in those same states, by clustering their voters in tortuously shaped districts to make majorities. (Democrats in Maryland pulled the same trick.)

Gerrymandering has grown so blatant that voters in several states have taken away lawmakers’ mapmaking magic marker and handed it to independent commissions. Elsewhere, judges have ordered legislatures back to the drawing board after lawsuits challenged district outlines. And Missouri has turned the job over to a demographer, although a proposed ballot initiative would reassign it yet again to commissions or courts.

Maxwell Palmer, a College of Arts & Sciences assistant professor of political science, has another idea: let algorithms do the drawing. He is drafting, along with Harvard colleagues, a working paper on a plan they call “define-combine.”

Their “simple tool [that] could solve one of our democracy’s worst problems” (Fast Company’s words) uses computational thinking to constrain legislators’ hijinks. The plan is a two-step process. In the first, “define,” step, the majority party draws the map as it wants, with two conditions: it must draw twice as many districts as necessary, dividing the ones it wants into two subdistricts each. And no “donut” districts that encircle others—a stunt used, for example, by the Louisiana GOP to create Republican districts in the white suburbs, carving out Black voters in inner cities who otherwise would have leaned the district Democratic.

In the second, “combine,” step, the minority party combines subdistricts back to create final districts, with one condition: only adjoining districts may be combined. In sum, each party knows the other will get a shot at mapmaking; neither can do whatever it pleases, but must modify its dream map so as to minimize the hit it takes from the other party.

BU Today: In the “defined” stage, what impedes the majority’s ability to gerrymander?

Maxwell Palmer﻿: What impedes their ability is that the second party gets to combine. The second party gets to recombine these contiguous districts into pairs to make the final map. So imagine you’re the first party, and you make the best map for you. Now I get to go, and I’m going to look at the millions of ways I can repair those districts. Even though they have to rejoin [contiguous] districts, there are still, in any big state, millions of legal combinations; they’re going to pick the best one for them. [With the first party’s] optimal gerrymander, it could turn out that I can undo it really easily.

BU Today: If the minority party gets to combine, what’s to stop them from gerrymandering?

Maxwell Palmer: They’re highly constrained: they can only make pairs of the subdistricts drawn by the first party. They don’t get to redraw any of those districts. So if you’re going first, what you’re trying to do is pick a map where, when I maximize [my advantages] in the second stage, you’ve minimized my ability to do that. So the best map for you on its own might not be the one you’re going to produce.

This procedure could draw some really ugly-looking districts, but there is going to be less partisan bias in that map.

Maxwell Palmer: Pennsylvania was before [a lawsuit] in 2018, and they changed the map. North Carolina is better than it was, but still bad. The Wisconsin legislature was another topic of recent [legal] cases. In our paper, we also include Michigan.

BU Today: What are the odds of states adopting define-combine? Why would majority parties adopt this in their state?

Maxwell Palmer: We can imagine a lot of reasons. There are a bunch of different paths to adoption.

A court could order the parties to draw a remedial map this way. In North Carolina, for example, a judge gave the state legislature a window of time and constraints about how they were supposed to redraw it. One possibility is that instead of throwing it back to the legislature, [a judge] could say, draw it by define-combine.

Another thing we know is that gerrymandering is really unpopular with voters. If we look at referenda on trying to replace legislative-drawn maps with commission-drawn maps, these things are passing. So legislatures can see there might be a commission, taking the power out of their hands. Maybe a legislature might think, we can have at least influence over the maps ourselves with define-combine.

BU Today: Why not turn the whole redistricting process over to artificial intelligence and the computer, and say, taking human manipulation out of the process is objectively the fairest way?

Maxwell Palmer: I don’t know that we can define an “objectively fairest way.” What we think is the best map is the product of decisions we make about what to prioritize. Do we want the map that comes closest to proportional representation? Maybe, maybe not. There are good reasons why we might want a majoritarian map that makes small majorities a little bit bigger.

Do we want the most compact map, where the districts look the best when we eyeball them? That can also produce partisan results. Do we want a map that keeps counties and towns in the same districts that respects communities of interest? Whatever we prioritize, everything is a tradeoff.

We can imagine a computer that’s going to draw millions of maps and picks the one that best maps some function. But the choice of what goes into that function—what the computer should prioritize—are all decisions made by people. A computer can’t decide what its objective criteria are.