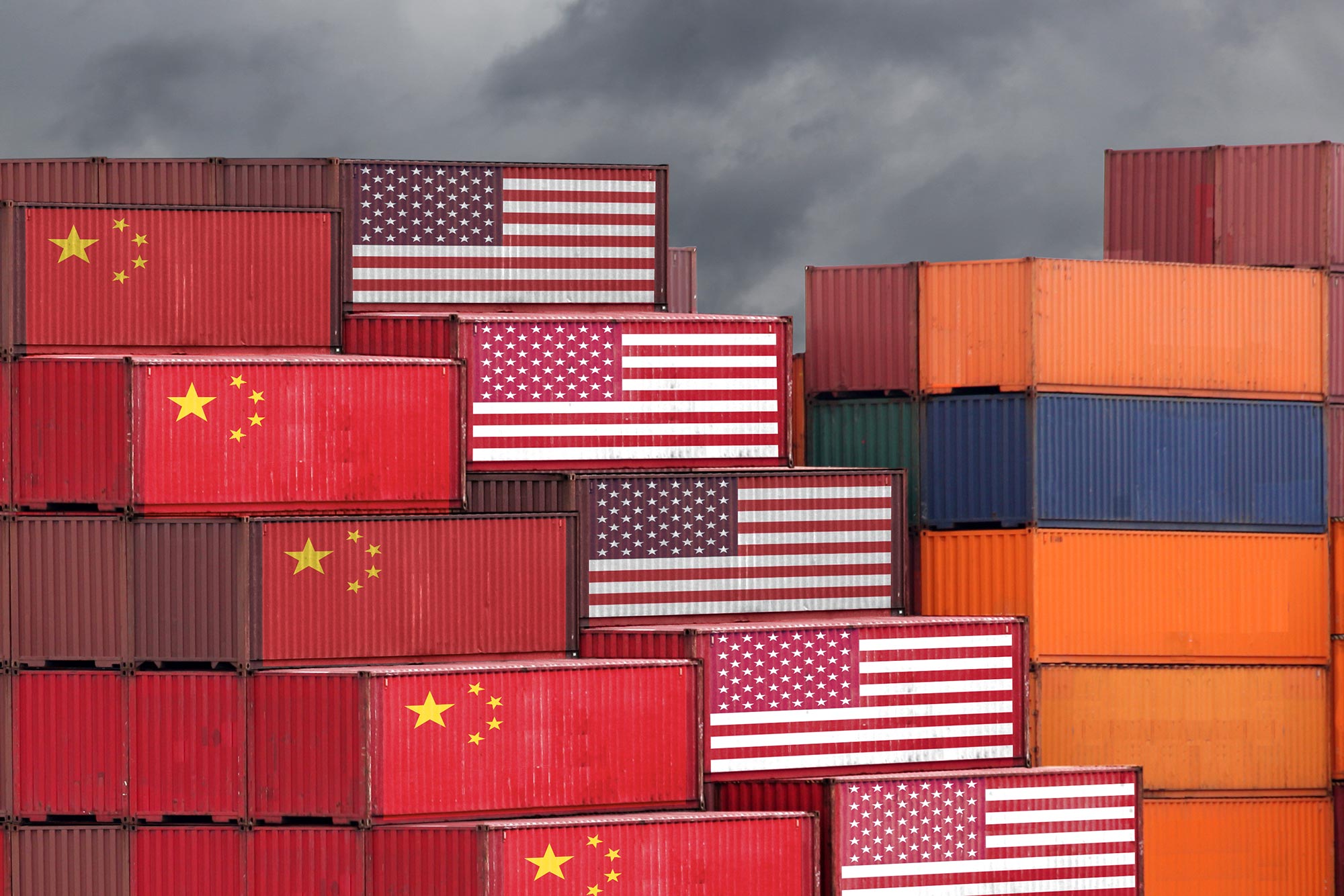 “We are going to be more powerful working collaboratively with China than we are competing with them independently in silos,” says Gregory Stoller, a Questrom School of Business senior lecturer and expert on Sino-US relations. Photo by alexsl/iStock

Questrom’s Gregory Stoller on repairing relations between China and the US and how international trade might change, after COVID

Tensions were flaring between China and the United States even before coronavirus. But as COVID-19 ravaged the world, the two superpowers descended into outright bickering. President Donald Trump admitted he was “having a very hard time with China” in a May interview on Fox News and later mused about severing trade ties with the world’s second biggest economy. Chinese Foreign Minister Wang Yi warned the US was pushing the countries toward a “new Cold War.” By late May, some analysts were suggesting the tough talk and drop in demand and manufacturing capacity in both countries could threaten the new US-China trade deal signed in January. By June, American concern over new Chinese rules relating to Hong Kong had ratcheted tensions higher still.

Questrom Senior Lecturer Gregory Stoller thinks it would be a mistake to let the relationship crumble. “If we were to sever ties,” he says, “China would lose access to a lot of tech components. From the US side, China grants us access to low-cost goods, and China happens to be our third largest export partner. There’s a lot to be lost on both sides of the ledger.”

An expert on Sino-US relations, Stoller regularly leads MBA student consulting trips and undergraduate company visit tours to Asia, notching more than 50 visits to China in the past 25 years. He’s also a frequent media commentator on international business, including on his own podcast and TV show, the Language of Business. We asked Stoller for his take on why the US and China should work things out, whether we’ll ever do global business the same way again, and if American companies should bring overseas manufacturing back home.

Questrom: What has COVID-19 illuminated about the US relationship with China?

Gregory Stoller: Consider the relationship between China and the US a marriage. We might have ideological differences, but we have a relatively good marriage—between these two countries, there is $733 billion of trade. We’ve figured out how to work through issues since Nixon first went to China in the 1970s, and although we have different ways of doing business and diverse cultures, the fact of the matter is that for over 50 years we’ve been able to not only coexist, but also coexist quite well. That said, no marriage is perfect. You’re going to have ups, you’re going to have downs. Because of COVID-19, we’ve learned that staying together and working it out is much better than going through a nasty divorce. I think we need to take a deep breath and try and make amends with each other. We are going to be more powerful working collaboratively with China than we are competing with them independently in silos.

Questrom: Do you think the crisis will force US companies to adapt their trade practices with China?

Gregory Stoller: I think, and this has nothing to do with the People’s Republic of China, that this has been a very sobering lesson on having a plan B—or in some cases, even a plan C. We’ve seen what happens when a supply chain has, say, 85 or 90 percent of its origins in a single country—we experienced a reliance on Japan in the ’80s and ’90s, and later, trade with Thailand was disrupted by floods and military coups—but this has been the strongest reminder that you can’t have manufacturing centralized in one primary location.

Questrom: What makes COVID-19 different from past market and trade disruptions?

Gregory Stoller: If we take a giant step back, we’re used to maybe having a strike, riot, or an issue within a specific country, even within a region, or perhaps between two or three countries at most. This, though, is a global pandemic—and although it might’ve started in Wuhan, it’s affecting everybody. Even if France is getting material goods from Chile or Mexico, coronavirus has upended those plans as well. It’s not just a matter of China versus the United States. It’s a fact that almost every single country, unfortunately, has patients who currently have COVID-19, who might have died from COVID-19, or likely are sheltering in place or quarantining themselves. So while it’s easy to say that it’s a China/US problem, supply chains across the world are going to have to be rethought, which brings me back to having not just a plan B, but in some cases a plan C or now D.

Questrom: Many US politicians, including President Trump, would prefer to cut international trade. Does the COVID-19 crisis strengthen the case for doing that? If not, how do countries reconcile independence with internationalism?

Gregory Stoller: Without sounding trite, it depends on perspective. Making the US completely self-sufficient is never a bad thing and lots of our companies have made quite positive progress producing here at home: WeatherTech, Apple, and Tesla are all making great strides. COVID-19 has also shed light on an uncomfortable fact of how much we’re dependent on offshore manufacturing for pharmaceuticals. Our US executives are neither naive nor ignorant. They know the nuances associated with outsourcing manufacturing and do so because it’s so much cheaper. Whether sourcing will move away en masse from China—specifically due to COVID—is something being studied now, but I don’t think it’s realistic to assume we will, for example, suddenly reduce all overseas manufacturing by 15 to 20 percent simply because of COVID-19. And, I know it won’t be all-or-nothing, in that it’s company-, industry-, and product-dependent.

Questrom: In a podcast you were on recently, you also mentioned that there’s an anti-Western sentiment emerging in China, including xenophobia against foreigners.

Gregory Stoller: Correct. By the numbers, this is from a MarketWatch article at the end of April, two-thirds of US citizens have a poor view of China; 39 percent of Chinese people surveyed had a positive view of the United States, but that was down 18 points from 2018. China and the United States, in my opinion, are the two most patriotic nations on the planet. If you have that much patriotism, you’re going to have xenophobia when you start having a spat. It’s happened before, when we accidentally bombed the Chinese embassy [in Belgrade] several decades ago. Right now, I think tensions are particularly high because it’s an election year—it’s just a very, very tight race—you had a US economy that was probably going to eventually go into a recession, and now you have this whole COVID-19 pandemic. And you have a president who is pursuing an America-first policy; some people love that, and some people hate it.

Questrom: If you’re a leader of a company and you’re thinking about manufacturing overseas or expanding overseas after this crisis, should you?

Gregory Stoller: I don’t think that the average US consumer is going to want to buy a $300 pair of shoes. Now, I’m not talking about branded shoes and something that’s going to be really cool, I’m talking about a plain vanilla type of shoe. Part of the reason we outsource is that labor and materials are less expensive overseas. That’s the bottom line. Believe me, in a perfect world, we would bring all of the manufacturing back to the States. Tesla is trying to do a lot of production in the United States, but you’ll also notice it recently opened plants in Shanghai. Apple, one of the most revered companies in the US, also does a lot of overseas manufacturing. Why? Because it’s cheaper. You can say it’s unfair that a certain company or country’s politics, business practices, or even their method of being is not congruent with how we like to do things in the United States. You’re entitled to have that opinion. But to a certain extent, I think a lot of consumers buy a product because they liked the brand, they liked the quality, and they liked the price.

This story originally appeared in a Questrom magazine extra and has been edited and condensed for clarity.

Could the Coronavirus Crisis Upend Trade with China?
0
share this