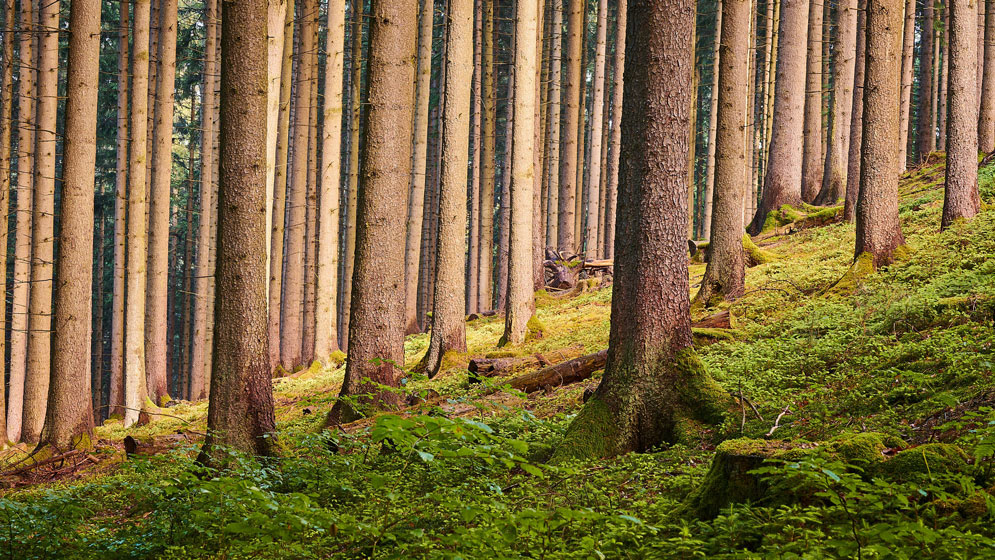 Photo by Johny Goerend on Unsplash

Two Boston University researchers, Colin Averill and Jennifer M. Bhatnagar, explain below how these fungi fit into forest microbiome and fight climate change, as well as how we can safeguard them for the future. Their paper is published in Global Change Biology.

Fungi represent an entire kingdom of life on Earth. When you think of fungi you might visualize mushrooms in something you eat, or mushrooms that pop up along the forest floor. But some fungi, called mycorrhizal fungi, can exist entirely underground, growing symbiotically with the roots of trees.

These fungi may not be visible to us, but our research group has found that these mycorrhizal fungi are doing us a huge climate favor behind the scenes. These fungi are climate change warriors, helping forests absorb CO2 pollution, delaying the effects of global warming, and protecting our planet.

Yet human activity and pollution are causing forests to lose these fungal carbon guardians, and the loss of these fungi may be accelerating climate change.

How do forests slow climate change?

Human fossil fuel consumption emits CO2 into the atmosphere, a heat-trapping gas that drives global warming and climate change. The higher the concentration of CO2 in the atmosphere, the warmer the planet will be.

Lucky for us, not all of our CO2 emissions go straight into our atmosphere. Instead, forests all over the world are protecting us from even faster rates of climate change by absorbing CO2. Forests are currently absorbing approximately one third of all human CO2 emissions. This happens when trees “eat” CO2 during the process of photosynthesis. When this happens, the carbon in CO2 gas is converted into plant biomass, and eventually locked up in tree trunks and forest soils.

As long as those carbon molecules stay in the forest, they stay out of the atmosphere, preventing them from contributing to global warming.

What do mycorrhizal fungi have to do with this?

While the trees in a forest may be absorbing the CO2 molecules, they don’t do this alone. Forests have a microbiome, consisting of all kinds of microorganisms that grow in sync with trees. While any forest can absorb CO2 and in turn offset climate change, some forests are much better at this than others.

What’s surprising about this study is the massive scale.

Scientists have come to learn that understanding which forests are best at absorbing CO2 requires understanding which mycorrhizal fungi are present in that forest’s microbiome. Trees form partnerships with many different root fungi, but scientists have learned that particular root fungi, called ectomycorrhizal fungi, are helping trees absorb CO2 even faster.

Furthermore, ectomycorrhizal fungi can slow down decomposition, a natural process that returns carbon from forest soils back to the atmosphere. In these ways, ectomycorrhizal fungi enhance the ability of forests to keep carbon locked up in trees and soils, and out of the atmosphere. Unfortunately, a different type of pollution—nitrogen pollution—is causing forests to lose these fungal carbon guardians, amplifying a natural source of CO2 emissions and accelerating climate change.

We are losing our fungal carbon guardians at continental scales.

Humans have polluted forests all over the world with massive amounts of nitrogen. This is because burning fossil fuels does not only emit CO2 pollution, but also nitrous oxide gas, which eventually rains down on forests as nitrogen pollution. Nitrogen fertilizers used on farms also contribute when these fertilizers blow into neighboring ecosystems.

We may make America ectomycorrhizal again.

What’s more, we were able to link a loss of these fungi to a loss of carbon from forest soils. Nitrogen pollution drives a loss of ectomycorrhizal fungi, and losing these fungal carbon guardians results in more CO2 pollution entering the atmosphere, accelerating climate change.

What’s surprising about this study is the massive scale. Our research team analyzed thousands of forest plots from all over the United States comprised of tens of thousands of trees. We were truly surprised that small changes in microscopic soil fungal communities (the forest microbiome) can lead to landscape-level changes in where different forests are, detectable at the scale of an entire continent. While our study only considered forests in the United States (because this is where scientists have the most forest data), these findings have implications for forests all over the world.

How can we save the fungi?

There is some hope on the horizon. Nitrogen pollution is actually decreasing in the United States, as America transitions away from fossil fuels and toward renewable sources of energy. We may make America ectomycorrhizal again.

In the process, restoration of ectomycorrhizal forests may remove additional CO2 from the atmosphere and slow climate change. However, nitrogen pollution is on the rise in developing parts of the world as more and more fossil fuel–burning power plants come online. These places are experiencing levels of nitrogen pollution often several times greater than even the highest rates ever observed in the United States. Yet even here mitigation is possible.

Technology exists to scrub nitrous oxide out of fossil fuel emissions and should be implemented not only to save the fungi and protect carbon, but also to mitigate the known carcinogenic effects of nitrous oxide pollution (think the Volkswagen emissions scandal). Better than scrubbers, development of wind, solar, and other alternative energy technologies will allow us to transition away from fossil fuels, stopping both nitrous oxide and CO2 emissions.

Putting an end to nitrogen pollution will help us conserve and save these carbon-protecting fungi, and in turn help save the planet.

Four Things to Know about Fungi “Climate Warriors”
8
share this