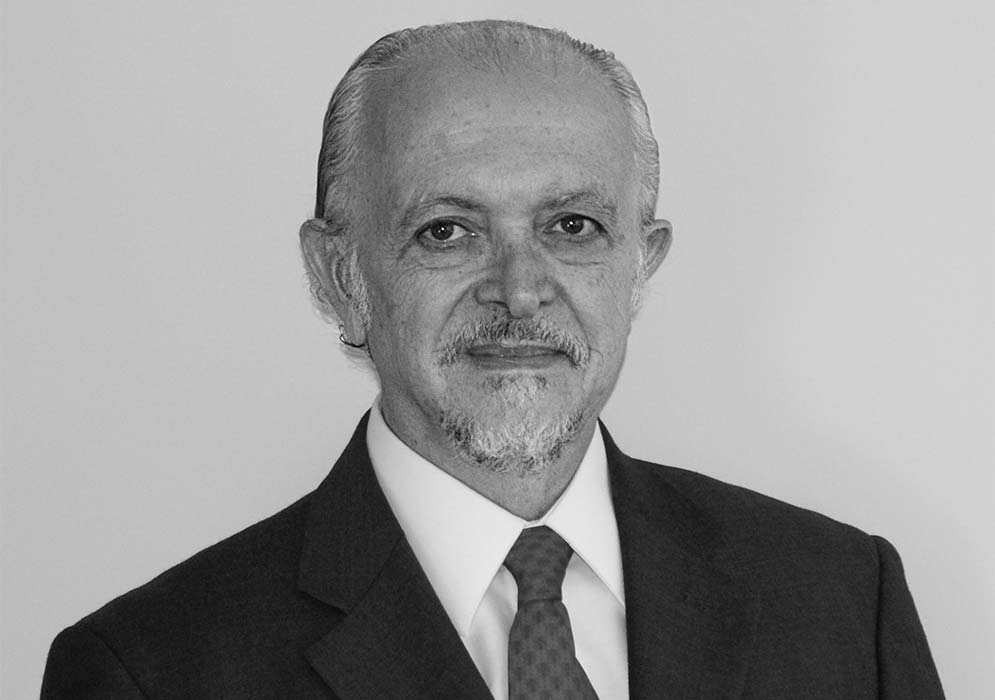 Mario J. Molina won the Nobel Prize for chemistry in 1995 and has spent his life crusading for policies to protect the planet. He is this year’s BU Baccalaureate speaker. Photo courtesy of the Mario Molina Center for Strategic Studies in Energy and the Environment

Mario J. Molina’s Nobel Prize winning quest began with a question: what happens to chlorofluorocarbons, or CFCs—man-made chemicals used to cool refrigerators and in aerosol sprays and plastic foams—when they are released into the atmosphere?

Molina was a postdoctoral fellow in chemistry at the University of California, Irvine, and the question had been posed by his advisor, W. Sherwood Rowland. Several months later, in June 1974, Molina and Rowland published a study in the journal Nature showing that chlorine compounds formed by the decomposition of CFCs could deplete the ozone, which forms a protective shield that blocks potentially harmful ultraviolet rays in sunlight and is critical to life on Earth.

Believed to be a safe alternative to other toxic and flammable chemicals, CFCs were at the time a multibillion dollar industry, and Molina and Rowland were attacked for conducting “crazy science.” They were even accused of being KGB agents. Concerned about their harm, the two scientists publicly called for a ban on CFCs, reaching out to the media to get the word out, despite the prevailing sentiment that scientists who approached journalists were shameless self-promoters.

They eventually did persuade industry leaders of the dangers of CFCs, and their efforts led to the 1987 United Nations Montreal Protocol on Substances That Deplete the Ozone Layer, an international agreement that reduced and eventually banned CFCs and was hailed by UN Secretary-General Ban Ki-Moon as “one of the most successful environmental treaties in history.”

In 1995, Molina and Rowland, along with Paul J. Cruzen, of Germany’s Max Planck Institute for Chemistry, were awarded the Nobel Prize in Chemistry “for their work in atmospheric chemistry, particularly concerning the formation and decomposition of ozone.”

Molina, who grew up in Mexico City, earned a Bachelor of Science at Universidad Nacional Autonoma de Mexico (UNAM) and a postgraduate degree at the University of Freiburg, then immigrated to the United States to work on a doctorate in physical chemistry at the University of California, Berkeley. He was the first Mexican-American to win the Nobel Prize in Chemistry.

A University of California, San Diego, Distinguished Professor of Chemistry and Biochemistry, with a joint appointment in the Center for Atmospheric Sciences at its Scripps Institution of Oceanography, Molina is admired for both his science and his advocacy. He will deliver the University’s Baccalaureate Address at Marsh Chapel on Commencement morning, Sunday, May 21, and later will be awarded an honorary Doctor of Laws at the all-University Commencement ceremonies at Nickerson Field.

“He made great discoveries about what we were doing to Earth’s atmosphere,” says Nathan Phillips, a College of Arts & Sciences professor of earth and environment. “But what made him greater was his willingness to step out of the lab and engage in the policy-making process to protect the atmosphere.”

“Mario Molina has been one of the great contributors to science-based environmental policies in the last quarter-century,” says Peter Fox-Penner, director of the University’s Institute for Sustainable Energy and a Questrom School of Business professor of the practice. “Beyond his leadership in preserving the health of our atmosphere, he has served science and the public interest with great distinction in uncountable ways.”

Head of the Mario Molina Center for Strategic Studies in Energy and the Environment in Mexico City, Molina says he does not plan to deliver a formal speech or a PowerPoint presentation when he speaks at Marsh Chapel. “You talk to students, you don’t read a text,” he says. “That’s not the proper way to communicate.”

He may bring up the subject of climate change. “There have been deniers, but the science is very well established,” he says. “There is a gigantic consensus among experts. It’s very risky in terms of climate change to continue with emissions of greenhouse gases. Unless we do something, we will see some very damaging events for humanity. It’s a risk we should not accept. We have other options, which are not expensive, which are very reasonable. That is another myth—that it would be costly.”

A former Massachusetts Institute of Technology professor of atmospheric chemistry, Molina has held teaching and research positions at UNAM, UC Irvine, and the California Institute of Technology Jet Propulsion Laboratory. He has received numerous awards, among them a Presidential Medal of Freedom and the UN Champions of the Earth Award. He served on the President’s Council of Advisors on Science and Technology under President Barack Obama.

Molina chaired the American Association for the Advancement of Science panel of scientists that produced the 2014 report What We Know: The Reality, Risks, and Response to Climate Change. According to the New York Times, the report, which was aimed at the public, is “sharper, clearer and more accessible than perhaps anything the scientific community has put out to date.”