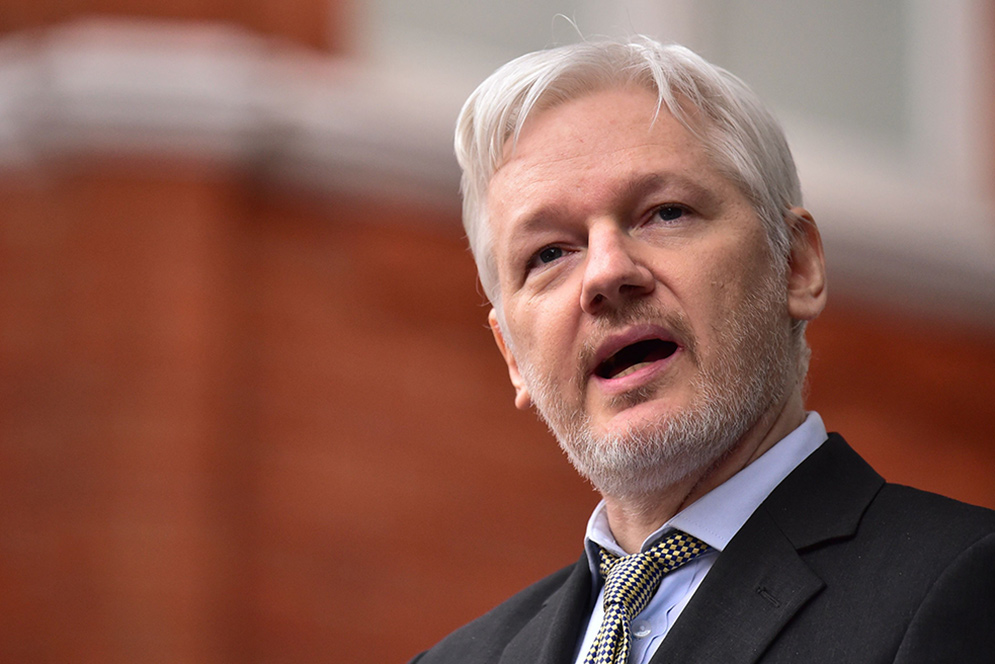 WikiLeaks founder Julian Assange apparently has a new follower: the incoming president of the United States. Early in January, Donald Trump tweeted Assange’s denial that Russia was the source of hacked emails from the Democratic National Committee (DNC) that WikiLeaks had published. US intelligence has insisted Russia was the culprit.

BU’s Paul Hare begs to differ with those who admire Assange. When Edward Snowden thinks you have a big mouth, Hare says, you may have a problem. Former National Security Agency whistleblower Snowden has criticized WikiLeaks for failing to redact sensitive information in the hacked DNC emails, allowing credit card and Social Security numbers of party donors and guests to tumble into public view. That criticism and WikiLeaks’ behavior confirm that the group’s victims extend beyond political fat cats, says Hare, a senior lecturer at the Pardee School of Global Studies and former British diplomat.

“Assange’s actions, if not challenged, threaten core elements of diplomatic practice … and could negatively impact how diplomacy is practiced around the world,” Hare, Britain’s former ambassador to Cuba, wrote in a recent column for the online site The Conversation.

Assange has lived since 2012 in Ecuador’s embassy in London, where he fled to avoid extradition to Sweden on rape and sexual assault charges, which he denies. He says he fears being sent to the United States after WikiLeaks’ release of secret files on the Iraq and Afghanistan wars, for which Hare condemns him.

“I disagree with stealing cables, because it’s fundamental to diplomacy that you are able to communicate securely,” Hare says. “You can’t do that sort of thing from an embassy.” Holding governments accountable legitimately, he says, is best left to groups such as Berlin-based Transparency International, which publishes reports on government corruption in many countries.

Hare recently discussed his concerns about Assange with BU Today.

BU Today: What have Assange and WikiLeaks done that’s harmful?

Hare: If you’re a transparency activist, you should treat every country the same. I would have more sympathy if they were evenhanded. But as far as I know, WikiLeaks has never made any suggestion that they would like to show what the Russians do, because of course the link between Assange and Russia seems to be pretty close. He actually ran a show for Russian TV, which is Russian government funded.

It’s also the bigger story, which is nobody knows really where WikiLeaks funding comes from or what they were paid for these things. How is Assange living? They are the total negation of transparency themselves. They are highly secretive.

Might people argue, “The stuff that the government is doing, I’m paying for as a taxpayer, and it’s being done in my name, so shouldn’t I have a right to know it?”

Perhaps. But then the argument of national security is that the more you do know, the more the terrorists will know. [Also], as Barack Obama said, he was embarrassed when it came out he would probably be monitoring Angela Merkel’s cell phone, but everybody’s up to it. The Germans have very good intelligence, the Israelis probably have the best of all, the British do. He said everybody wants to know who I’m meeting with and what I say. To be a genuine issue organization globally, in my view, you have to be evenhanded. [Assange] never speaks ill of [Russian leader Vladimir] Putin, he never speaks ill of the Chinese. He has an agenda, which is not pure transparency.

What is Assange’s motivation?

His history goes back with Clinton because Hillary Clinton was secretary of state at the time of the leaked [US war] cables. He sees the world as a creepy, corrupt, dark place where there are few shining lights of sincerity. And he’s extraordinarily self-centered. In [the sexual assault case], he fled from the British police because they were going to extradite him. He went through all the [court] processes. The decision went against him. He has an agenda against Clinton, as does Putin, because of what they perceive Clinton did in the [2011] election in Russia, when they thought [the US] tried to foment the opposition.

Why Julian Assange and WikiLeaks Aren’t Heroes
16
share this