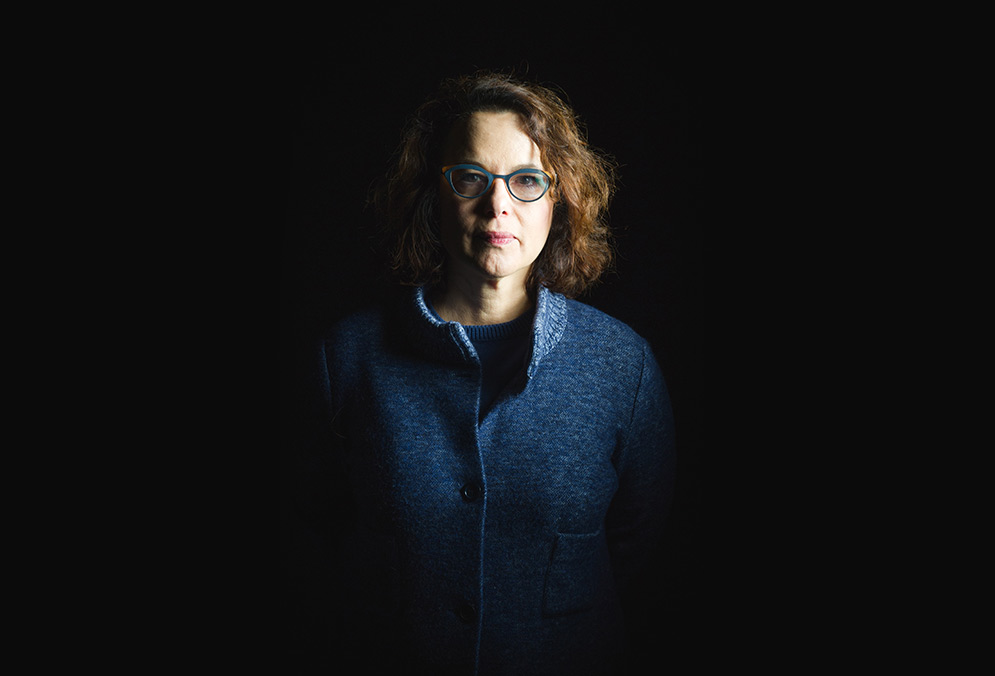 Jessica Stern, studying why they do what they do for 20 years

In this four-part series, BU Today looks at the work of BU researchers and medical experts who study and treat the causes and consequences of violence. Considered together, the four stories depict a vicious cycle of hurt, frustration, and vengeance that reverberates through every aspect of American life.

In August 2012, Jessica Stern visited a high-security prison in Sweden, where she spent six hours probing the psyche of a neo-Nazi inmate who had killed several immigrants. In the early 1990s, he had gone to Bosnia as a mercenary for Croatia in the war in what was then Yugoslavia. There, he killed Muslim civilians and soldiers and tortured prisoners of war. Stern, a research professor at the Pardee School of Global Studies, studies perpetrators of extreme violence, terrorism, and the possible link between trauma and terror. She wanted to know what motivated the inmate to kill people. What role did his fascist beliefs play? The neo-Nazi, who Stern identified as X, told her that he just loved killing people.

In a case study published in Behavioral Sciences & the Law in April 2014, she reported that X, who had been raised (and beaten) by adoptive Swedish parents, was primarily motivated to become a mercenary and neo-Nazi killer “for the excitement and high adrenaline.” She also examined the role of a deradicalization program called Exit Sweden in his renunciation of neo-Nazism while in prison. In his discussion with Stern in 2012, X told Stern that he deeply regretted the crimes he had committed. He said he now felt “such a distance to violence altogether that sometimes I feel castrated.”

Her troubling and revealing interviews, with X and with other perpetrators of horrific violence, are the kind of qualitative research that few scholars have been willing to undertake. Stern, who has been doing this work all over the world, in the field and in prisons, for more than 20 years, believes that combating violent extremism requires an understanding of the complex motivations of those who are drawn to it. And the only way to understand their motivations, she says, is to talk with the perpetrators themselves. She has talked with members of paramilitary white supremacist and antigovernment cults in the United States, Islamist terrorists in Pakistan, Indonesia, Lebanon, and Gaza, Jewish terrorists in Israel, and violent Hindu extremists in India.

Just as there is no single brand of terrorism, Stern says, there is no singular profile of a terrorist and no set path to extreme violence. She has learned that people are motivated to become terrorists by reasons that may have little to do with the religious and political narratives they spin. They may be driven by fear, love, hate, idealism, trauma, a search for identity, a craving for adventure and glamour, or by greed for money, land, and power. Some people join terrorist groups because they want to be with their friends. For others, religious zealotry offers the simplicity of living in a world defined by good and evil, with no confusing middle ground. In some places where jobs are scarce, terrorism puts food on the table at home. Early on in her work, she identified perceived humiliation—either of an entire group or of an individual—as a strong risk factor.

Whether they are lone wolves or members of well-established terrorist groups, Stern says, terrorists “always have a grievance and that grievance is almost always something you can come to understand if you listen to what terrorists say. Their grievances are often based on real pain or real injustice. It is their actions—deliberately targeting noncombatants—that violate moral and legal norms. Sunni Arabs faced terrible injustices under the Malaki regime in Iraq, but that doesn’t mean that violence against civilians was morally justifiable, or even politically useful.”

“Jessie is interested in understanding the psychology of people whom most of us are morally revolted by the idea of interviewing because of their involvement in, attraction to, and desire to conduct, horrific acts of violence,” says Benjamin Wittes, a Brookings Institution senior fellow in governance studies, editor-in-chief of the Lawfare blog on national security, and a member of the Hoover Institution’s Task Force on National Security and Law. It is hugely demanding research, he adds: “You have to look at the world from their point of view without losing your abhorrence for the things they believe in.”

Stern, coauthor of ISIS: The State of Terror (Ecco, 2015), applies the knowledge and insights gleaned from her interviews to scholarly analyses across several disciplines—international relations, political science, psychology, history, religion, national security. Some are included in her 2003 book, Terror in the Name of God—Why Religious Militants Kill, and others are published in scholarly journals and mainstream publications such as the Washington Post and the New York Times. She shares what she has learned with government officials, national security leaders, and members of Congress. In January 2016, she testified about ISIS before the Senate Committee on Homeland Security and Governmental Affairs.

“Jessica Stern is one of our leading experts on terrorism and the use of violence for political purposes,” says Joseph S. Nye, the former dean of Harvard’s Kennedy School of Government (where Stern earned a doctorate in public policy), who has served as assistant secretary of defense for international security affairs, chair of the National Intelligence Council, and deputy under secretary of state for security assistance, science, and technology. “She is a brave woman and a smart scholar who avoids hyberbole and provides well-balanced analyses,” Nye says. “We need more voices like hers.” 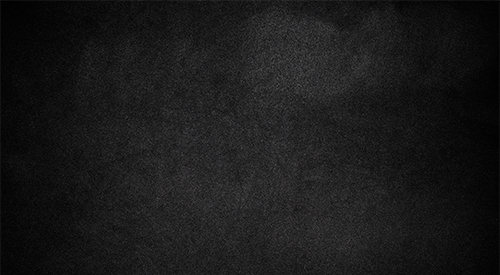 Stern credits psychologist and pollster Steven Kull, director of the University of Maryland School of Public Policy’s Program for Public Consultation, with giving her advice that has long guided her research. “You have to put yourself in the other person’s shoes,” she recalls Kull saying. “That was absolutely not the thing that political scientists did. I didn’t care,” she says. “I thought the data at the time were really bad. I was trained to do large N studies [statistical analyses of large databases that track terrorist incidents, including perpetrators, targets, type of weapon, and number of casualties] at the Kennedy School. Instead of doing what I was trained to do, I followed my intense curiosity.”

As it turned out, Stern found that she could empathize with her subjects so deeply that she could suspend all judgment, focusing instead on the mistaken logic that leads to their becoming terrorists. Empathy is not the same as sympathy, she notes, and she neither condones nor excuses the acts of the terrorists she has encountered.

“I try to think like a terrorist recruiter,” she says. “What does it take to get someone to join my group if they’re in a war zone? If they see that the president in Iraq is favoring Shiites, and Sunnis feel unsafe and aren’t getting what they were promised, and they were at the top of Iraqi society for decades and suddenly they’re at the bottom, well, that’s a lot easier job for me than to recruit a terrorist in, say, Massachusetts.” For someone in the West, who is not living in a war zone, she says, “the pain is more personal. Psychology is more important the farther away we are from a war zone.” It’s important, Stern says, to distinguish the terrorism of war zones from the acts of terrorism committed in the United States and European countries.

She began talking about humiliation as a risk factor for terrorism after she returned from her first meetings with jihadist leaders in Pakistan, in the late 1990s. There, a Kashmiri militant told her he had founded his group because “Muslims have been overpowered by the West. Our ego hurts…we are not able to live up to our own standards for ourselves.”

Many of her colleagues were initially skeptical about her theory of humiliation. “I remember one guy saying, ‘What are you going to do, administer Prozac to terrorists?’ My sense was that he meant, you’re a girl, so when you talk to these guys, of course they’re going to tell you how they feel. Who cares how they feel—they kill people. That was the attitude. Now I think it’s become fairly accepted that humiliation is a major risk factor.”

“Most people look at the how, or the who, question of terrorism,” says Adil Najam, Pardee School dean and a College of Arts & Sciences professor of international relations and of earth and environent. “Jessica gets into the question of why do the terrorists do what they do. Most people make assumptions based on secondary material or statements. Throughout her career, she has made the effort, and taken the time, to talk to subjects. She is also amongst the few who have looked at terrorists, violence, and extremists across the spectrum of religions and communities.”

Studying terrorists is difficult work. Meetings in prison can take years to arrange. Encounters in the field can be dangerous. The contradictory requirements of US laws regarding national security and university Institutional Review Boards (IRBs), which were originally established to protect human subjects from abuse by unscrupulous scientific researchers, are another obstacle. For example, Stern says, IRB regulations and US law prevent her from asking subjects if they have joined a terrorist group. Also, she says, the bulk of government funding for academic research on terrorism goes toward large quantitative studies.

Stern is part of a team at Boston Children’s Hospital studying Somali refugees and trauma and the risk of violence among Somali youth. Early findings indicate that trauma is associated with both “prosocial activism and antisocial activism, including support for violence,” she says. “We have also found that time online is a risk factor, while attachment to the heritage community, as well as the United States, are protective.”

She has also joined a group at the Harvard School of Public Health that is in the early stages of evaluating Boston’s nascent efforts to counter violent extremism (Boston was one of three pilot cities selected for President Obama’s Countering Violent Extremism project). She is also working on a study of Radovan Karadzic, the former Bosnian Serb leader convicted by a United Nations International Criminal Tribunal of genocide and other war crimes in his campaign of terror against civilians. Stern has so far interviewed Karadzic in prison, in the Hague, on more than 10 separate occasions, meeting with him for 4 hours at a stretch, usually over 4 consecutive days. She is hoping to arrange additional interviews with him.

“He’s very different from anyone I’ve ever interviewed or talked to in this way,” she says. “He’s not only a war criminal, he’s also a psychiatrist, a published poet, and has worked as an energy healer. He is charismatic, but also Machiavellian. He’s manipulating me every second.” He wants to talk to her not just about the Serb mission, she says, but also about his favorite literature, much of which is transparently anti-Muslim. She is studying that literature, and his poetry, for clues to the man. In addition, she is conducting extensive research into the history and international politics of the war in Bosnia, searching the archives of the Clinton Presidential Library and Museum, interviewing many US and Bosnian officials, and trying to get US government documents declassified. “I am taking a lot of time to weigh all the evidence,” she says.

“You can’t do a large N survey if you’re going to spend four hours at a time with your subject,” she adds. “I much prefer to focus on a small number of people, really looking at them deeply, rather than having someone else administer a survey form. Both kinds of work are really important. For a variety of reasons, I am good at something most people prefer to avoid—sitting and asking violent men about why they do what they do.”

There is 1 comment on Explaining Violence: Lessons from Terrorists