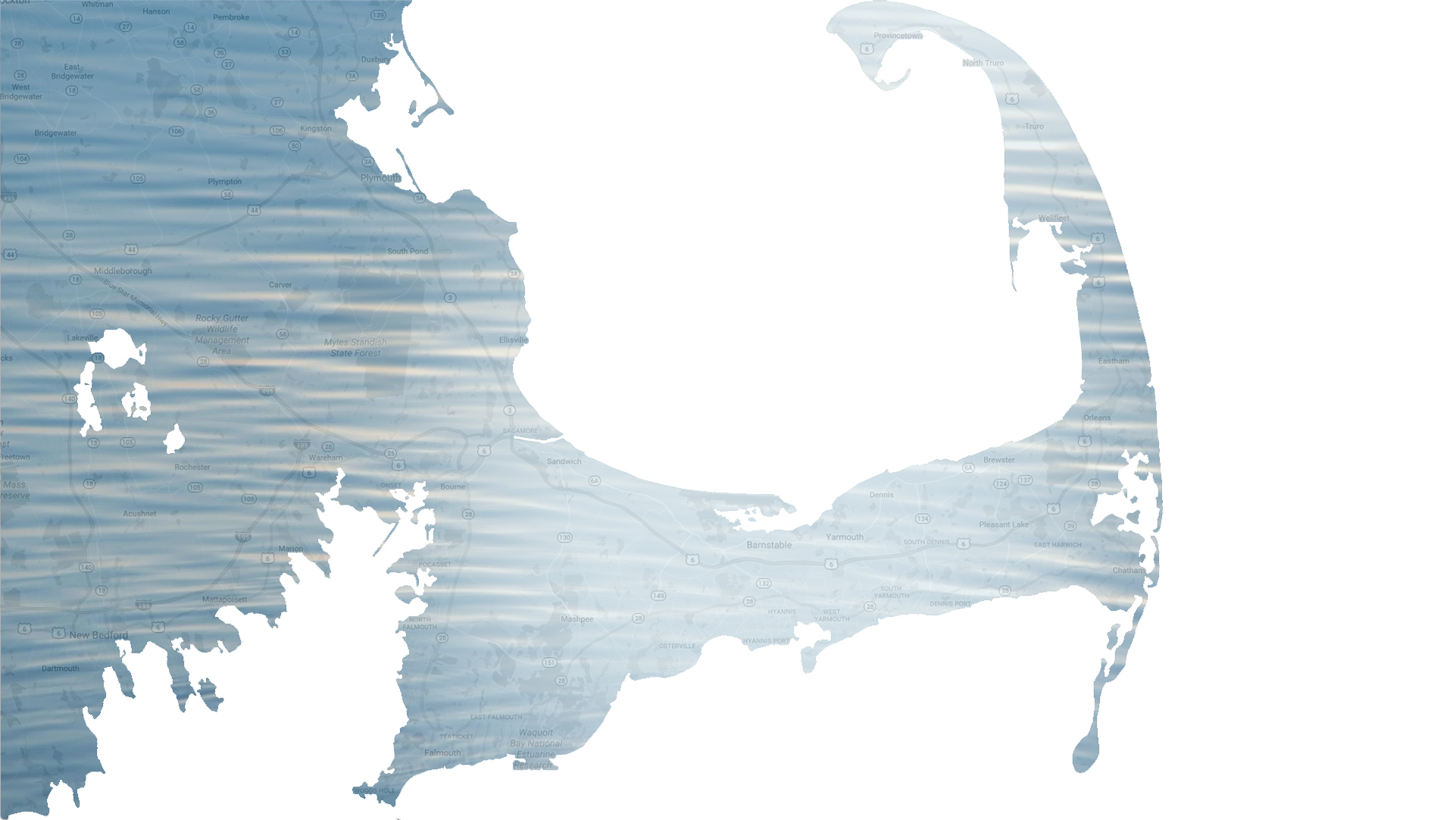 In January 1992, Ann Aschengrau stood in front of a packed auditorium in Falmouth, Massachusetts. Hundreds of people had gathered to hear her explain why the cancer rates on Cape Cod were so high. According to the Massachusetts Department of Public Health, breast cancer in Barnstable was 41 percent higher than the state average, even after accounting for the town’s older population. Colorectal cancer was 49 percent higher in Bourne, lung cancer was 79 percent higher in Falmouth. The atmosphere was tense; the crowd wanted answers. 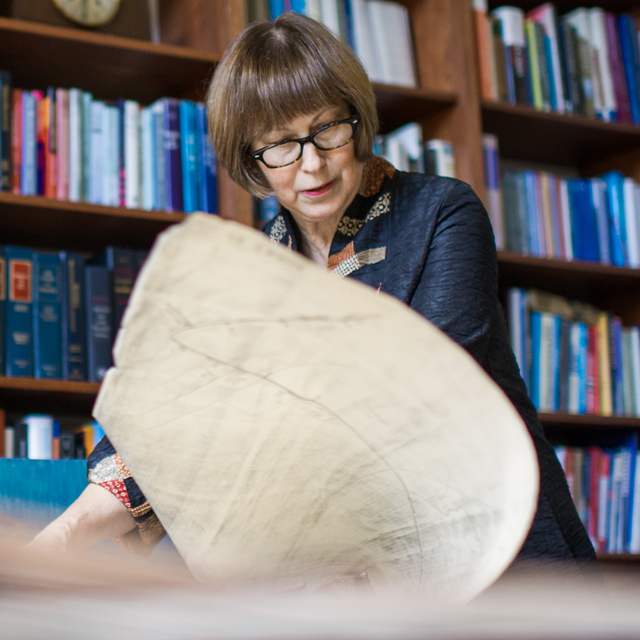 There were a few possible culprits: smoke from a coal-fired electric plant, leaking landfills, pesticides sprayed on cranberry bogs, the sprawling Massachusetts Military Reservation, and water pipes contaminated with a neurotoxin called PCE. Community groups had demanded that the state launch an investigation, and the task fell to Aschengrau, a Boston University School of Public Health (SPH) professor of epidemiology, and her colleague David Ozonoff, an SPH professor of environmental health.

The study, begun in 1988, became hugely politicized, with activists, cancer survivors, and the military pointing fingers, laying blame, demanding answers. By the evening of her presentation, Aschengrau feared an ugly confrontation. “I was terrified of a scene with the activists, between the activists and the military people, all on TV and radio,” she recalls.

The study results, presented that night in Falmouth, pleased no one.

There was no smoking gun. The scientists found an association between fumes from burning propellant bags on the military reservation and lung and breast cancer. They also found links between cranberry growing and brain cancer, and between PCE-laden drinking water and leukemia and bladder cancer.

Epidemiology is a science of probabilities and estimates, maybes and maybe nots. No single epidemiological study can provide a definitive answer. Rather, research points to particular places or contaminants that, correlated, might bear further investigation. 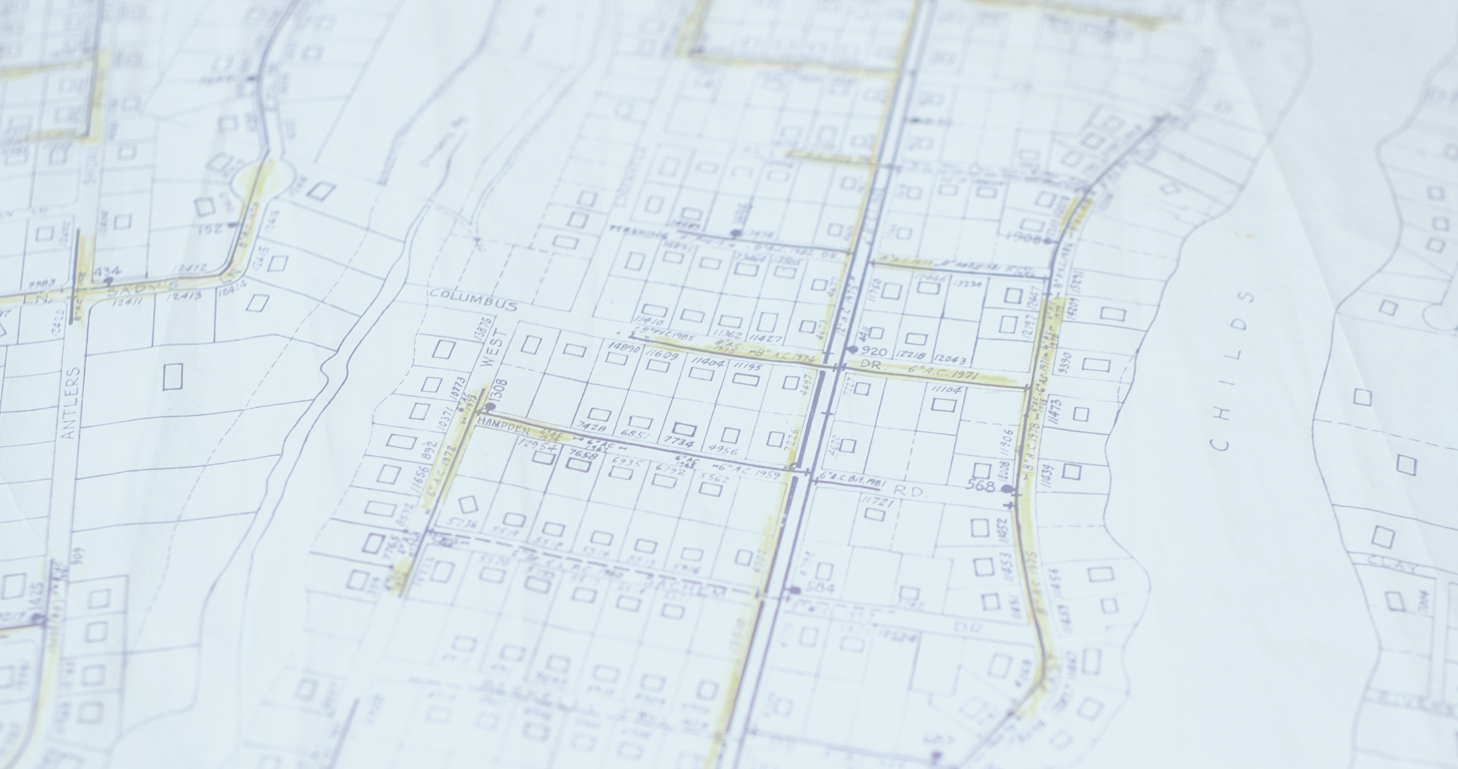 “I think we know a lot more now than we did three years ago,” Aschengrau told the Cape Cod Times after the meeting. “A lot of things people were concerned about couldn’t possibly have caused the cancer.” The study noted, for instance, that groundwater contamination from the military reservation, the electric plant, or local landfills posed “no increased cancer risk” or “doubtful” risk.

Cape Cod residents—at least those who spoke to reporters—were unsatisfied. One young woman told a reporter, “For $500,000, we have a lot of maybes and that’s not good enough.” Deborah Queen, a 43-year-old resident of North Falmouth, told a television reporter, “I expected to find some magic answer why I have breast cancer. That’s why I came. I’m disappointed.”

“They said bad things about us in the newspaper; they yelled at us at the public meetings,” recalls Ozonoff. “And as somebody who’s always been close to the community groups, it wasn’t very happy or pleasant.”

Aschengrau, who prides herself on meticulous, carefully constructed research, and who had made a concerted effort to involve community groups, was dismayed. “I felt like I was true to myself and my principles,” she says, “but for a while, it felt like I was pulling the daggers out of my back. It took a while to get over it.”

As painful as the experience was, the study led her to the work that ultimately shaped her career: the unique and tragic case of the water pipes contaminated with PCE, a solvent still used at dry cleaners and machine shops. Over 25 years, Aschengrau has continued to make remarkable observations about the relationship between PCE—a common but little-studied groundwater contaminant—and not only cancer, but also effects as diverse as illicit drug use, bipolar disorder, and diminished color vision. The research, funded largely by the National Institute of Environmental Health Sciences, has helped establish Aschengrau as one of the leading environmental epidemiologists in the world, while building a body of knowledge about PCE.

“The PCE issue has probably not gotten the attention that it deserves,” says Ed DeWitt, executive director of the Association to Preserve Cape Cod, an advocacy group focusing on water issues. “I think the attitude is that we have professional people running our public water supplies, and we can trust and rely on them. And increasingly the evidence has been: Well, not so fast.”

People love Cape Cod for the water: the beaches of Truro, with their windswept dunes; the muddy, rippled Brewster flats; the salt pools and freshwater ponds that shape so many childhood memories. Water is Cape Cod’s lifeblood, its raison d’être—and its Achilles’ heel.

All the drinking water on Cape Cod comes from one source: a huge underground aquifer. “We don’t have any river bringing water in to us,” says DeWitt. “All the fresh water comes from rain.” And, because the Cape is basically a sand bar, anything spilled on the ground will eventually trickle down and contaminate the drinking water.

When Cape Cod boomed after the mid-20th century—its population swelled 400 percent between 1950 and 1990, from 47,000 to about 187,000 people—companies installed hundreds of miles of pipe to send drinking water to new homes. Because the water supply is so vulnerable, drinking water on the Cape can spew from spigots with a variety of tastes, from metallic to mineral. In 1968, responding to residents’ complaints about the funny flavors, some companies began lining their water pipes with vinyl. To do this, they mixed pellets of vinyl resin with a solvent called perchloroethylene, or PCE, and then sprayed the slurry inside the pipes.

PCE is a “probable” carcinogen, according to the US Environmental Protection Agency, and a known neurotoxin. “It’s not a good chemical,” says Aschengrau. After spraying the slurry, companies were supposed to allow time for the PCE to evaporate from the liner, leaving a harmless water pipe behind. That wasn’t the case, says Aschengrau. “We came to believe that the pipes were not sufficiently cured.”

Water companies installed 660 miles of vinyl-lined water pipe in Massachusetts, along with additional pipe in Rhode Island and Vermont. There was no centralized communication; small water companies, which varied from town to town, installed the pipes as needed. As a result, people on one street could have a surge of PCE in their drinking water, while their neighbors next door—with older or different pipes—would have none. In 1976, the EPA discovered the contaminated water, first in Providence, Rhode Island, and then in other towns. But it took them four more years to find the source and order a remediation: flushing the pipes with fresh water over and over until the PCE levels dropped below 40 parts per billion, the EPA’s established threshold at the time. The threshold now is much lower, 5 parts per billion.

Though the contamination was removed, the damage had already been done: thousands of residents exposed, sometimes for years, to a neurotoxin and probable carcinogen in their drinking water.

“The PCE contamination is a tragedy for people on the Cape, but also a unique opportunity to learn because it created a natural experiment,” says Julia Brody, executive director and senior scientist at the Silent Spring Institute, which conducts scientific research on the links between environmental chemicals and health, and has been actively studying the Cape Cod water supply. “Scientists could never intentionally expose people like this in a way where you can compare exposed and unexposed people with relatively high certainty.”

Aschengrau, presented with this remarkable opportunity, began the painstaking, careful work at the heart of epidemiological research: constructing a cohort. A cohort, in public health–speak, is a group of people who have shared a particular experience during a particular time span—in this case, people who lived on Cape Cod and were exposed to PCE in their drinking water between 1969 and 1983. Aschengrau narrowed the cohort further, restricting it to women who were pregnant and gave birth during this time.

Building a cohort from scratch is arduous work. First, Aschengrau and her team gathered maps and data from water companies, trying to determine where companies had installed vinyl-lined pipe and which houses had been exposed. They gathered data about the age of each pipe, the size, which way the water flowed. Then, she and her students combed through 14,000 birth certificates by hand, looking for street addresses that matched exposed houses. They found about 2,000 births that matched exposure to PCE and 2,000 that didn’t. They sent questionnaires to the mothers listed on the birth certificates, asking about birth weight, prematurity, miscarriage, birth defects, and learning disabilities. 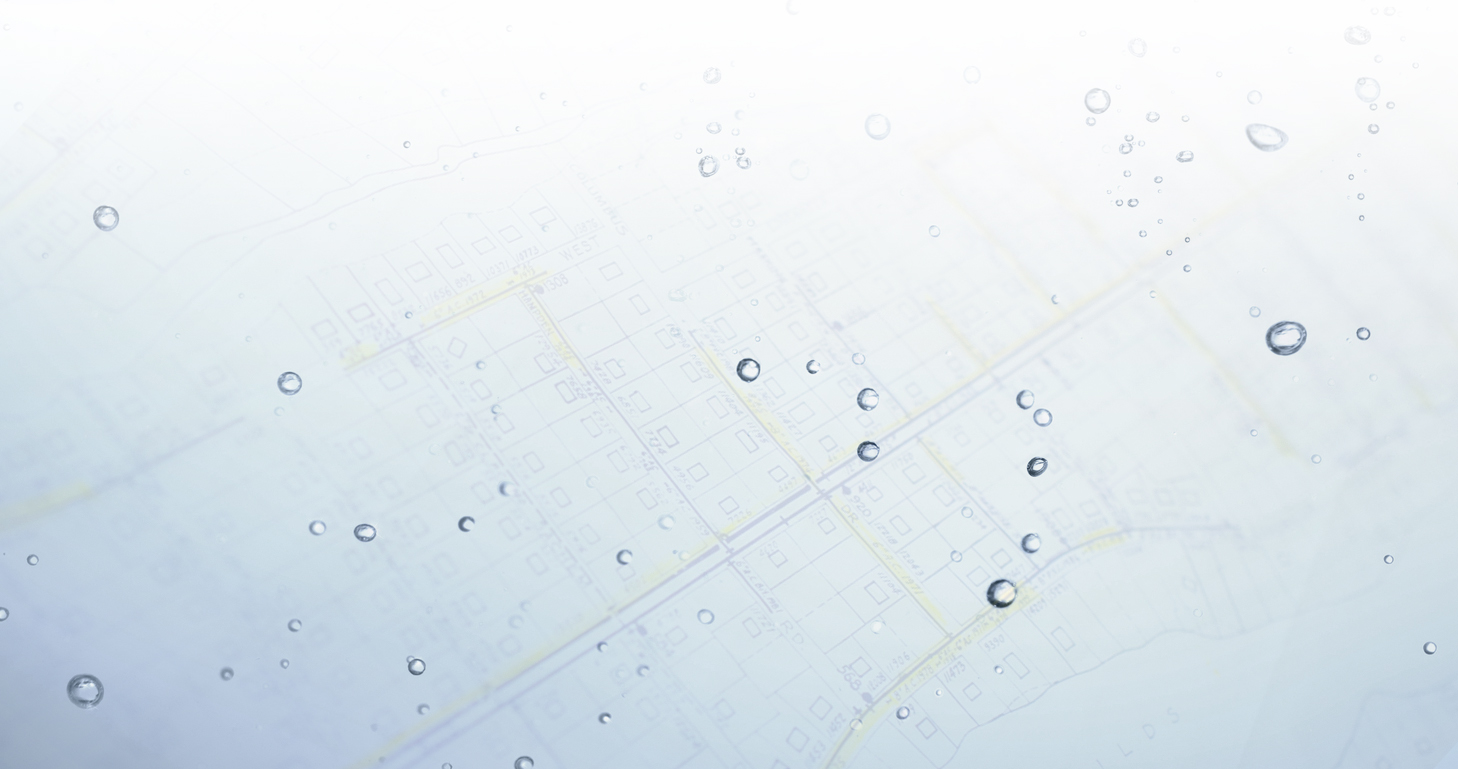 “There were lots of different pieces to this thing, a tremendous number of moving parts that all had to be put together,” says Ozonoff. “And that’s what Ann did.”

The work suited Aschengrau, who is known for her careful nature and attention to detail. It’s evident in the clarity of her writing—she and her husband, George R. Seage III (SPH’83, ’91), coauthored the best-selling textbook in the field, Essentials of Epidemiology in Public Health—and in her personal habits, like compulsively straightening pictures hanging on the wall. “Sometimes we’ll be watching TV, and she’ll stand up and adjust a picture a quarter of an inch,” says Seage. “She does the same thing in my office. It must really bug her.” (“It really does bother me,” confirms Aschengrau.) When she and Seage bought their house in Wayland, Aschengrau had her well water tested for 300 different chemicals. “It’s fine,” she says.

The same meticulousness appears in her science. “She’ll pore through a hundred old records just to get two more cases for the study,” says Lisa Gallagher, an SPH research assistant professor of epidemiology who has worked with Aschengrau for years. “But that, to me, just seems like the way to conduct an accurate study. You explore all avenues you can, to collect the data that you need. And that way, when you get to the end and you do your analysis, you have confidence in what you’re looking at, because you did a thorough job.”

Compiling all the data took years, but once Aschengrau had the cohort in place, she began the process of discovery. In her first study, she found an association between PCE exposure and certain birth defects; namely, neural tube defects like spina bifida and oral clefts. In subsequent studies, she questioned the children—now adults—and added neuropsychological testing, vision exams, and MRIs to look at things like motor skills, visual acuity, intelligence, and mood. She found surprising associations between PCE exposure and risk-taking behavior, such as cigarette smoking, alcohol consumption, and cocaine and heroin use. She also found links between PCE and bipolar disorder, diminished color vision, and decreased attention. Over the past two decades, she has published more than 20 papers on the neurotoxic effects of PCE, the largest body of research ever compiled on the subject.

PCE remains a major contaminant of groundwater, with US surveys detecting it in 11 percent of tested wells and 38 percent of surface water supplies. The solvent is still used by dry cleaners and in machine shops and small auto repair facilities. “It’s mainly used to clean things, like you take greasy auto parts and you dip them in the stuff, and it dissolves all the grease and gunk that’s on it,” says Ozonoff. When dumped improperly (or illegally), it ends up in drinking water.

Aschengrau’s group is asking a new question: Are the current EPA levels protective enough, especially for vulnerable populations like pregnant women and young children? “If we keep finding that this chemical has harmful effects, maybe they’re not,” says Gallagher. “And so, it’s something that’s relevant for people now.”

Aschengrau also continues her research with the original birth cohort, looking at social factors that may increase or decrease the effects of PCE. For example, people exposed to PCE early in life might be less resilient to neglect or bullying during childhood. This might make them more likely to engage in risk-taking behavior as compared to unexposed children. “I’ve become really interested in the interaction between environmental exposures and social stressors,” says Aschengrau. “Alcohol and drug use have enormous health, social, and economic costs, and I hope this novel approach will help unravel their complex causes.”

There are 31 comments on Toxic Legacy