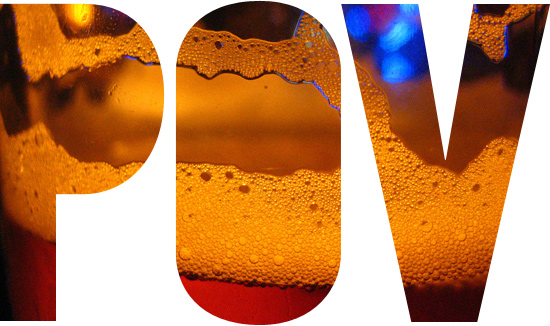 Public health researchers were taken aback in 2008 when more than 100 college and university presidents announced their opposition to the legal drinking age of 21. John McCardell, the recently retired president of Middlebury College, led the effort, asserting that the law was not working and that it had led to a surge in “binge drinking” on the nation’s campuses. Press interest in McCardell’s proposal to lower the legal age to 18 was intense, and researchers who thought this policy question had long ago been put to rest now found themselves caught up in an intense battle for public opinion.

To be clear, there is absolutely no research to demonstrate that the age 21 law is counterproductive. In fact, the empirical evidence shows the exact opposite. Based on this body of research, the National Highway Transportation Safety Administration estimates that about 900 lives are saved annually due to fewer alcohol-related traffic crashes involving underage drivers.

How is this possible, when the law is so widely disobeyed? Not surprisingly, the law actually does deter a lot of young people from drinking until they reach their 21st birthday. More important, many youth who choose to drink do so less frequently, and with less intensity, than they would absent the law, and they take other steps, such as using a designated driver, to avoid coming to the attention of authorities.

Despite its demonstrated effectiveness, the law does strike some people as unfair. At age 18, people can vote, join the military, sign binding contracts, and get married without parental consent (except in Mississippi and Nebraska), so it’s understandable that people ask why an 18-year-old cannot legally buy a drink or be in possession of alcohol. One answer, of course, is that the public’s perception of what is fair is only one of many factors that affect government policy. Obviously, we also have to consider public health and safety and weigh that against any perceived unfairness.

In that context, it’s important to remember that there is no single cutoff point at which a person assumes all of the rights and privileges of adulthood. The chosen age is usually 18, but not always: by federal law, a person must be 21 to buy a handgun from a federally licensed dealer, although not from a nonprofessional private seller. In Alabama, Alaska, New Jersey, and Utah, a person cannot buy tobacco legally until age 19. State gambling laws vary tremendously, with the legal age for different types of gambling ranging from 18 to 21 years. In each policy area, the age of majority that’s specified has emerged from a careful assessment of benefits and risks.

That’s the calculation that led the United States to have a national age-21 law. This came about in 1984, when President Reagan signed a law that incentivized states with a lower legal drinking age to go up to 21. Between 1982 and 2007, the rate of alcohol-related traffic fatalities for people ages 18 to 20 dropped 60 percent, whereas the rate for people ages 21 to 24 dropped only 44 percent. And an important point: the trend lines for these two groups began to diverge in 1988, by which time all 50 states had an age 21 law.

Further positive evidence is provided by research that examined the impact of first decreasing and then increasing the legal drinking age in various states. When reviewing this work, Alexander Wagenaar, of the University of Florida College of Medicine, and Traci Toomey, of the University of Minnesota School of Public Health, found that all 46 high-quality studies that showed an effect demonstrated that the age-21 drinking law saves lives. New Zealand’s recent experience is also instructive. After the legal drinking age dropped from 20 to 18, a study showed that there had been significantly more alcohol-related crashes among 15-to-19-year-olds than would have occurred had the law not been changed.

The minimum legal drinking age of 21 is controversial, but it is here to stay—for the simple reason that it is effective in saving lives, and therefore has overwhelming public support. College administrators need to accept the current law and then redouble their efforts to see it enforced on their campuses, not for the sake of forcing underage students to abstain altogether, which is probably an unrealistic goal, but to help keep their drinking—and its associated problems—in check.

William DeJong, a School of Public Health professor of community health sciences, can be reached at wdejong@bu.edu.

POV: Legal Drinking Age of 21 Works. Deal with It.

There are 47 comments on POV: Legal Drinking Age of 21 Works. Deal with It.

POV: Legal Drinking Age of 21 Works. Deal with It.
47
share this