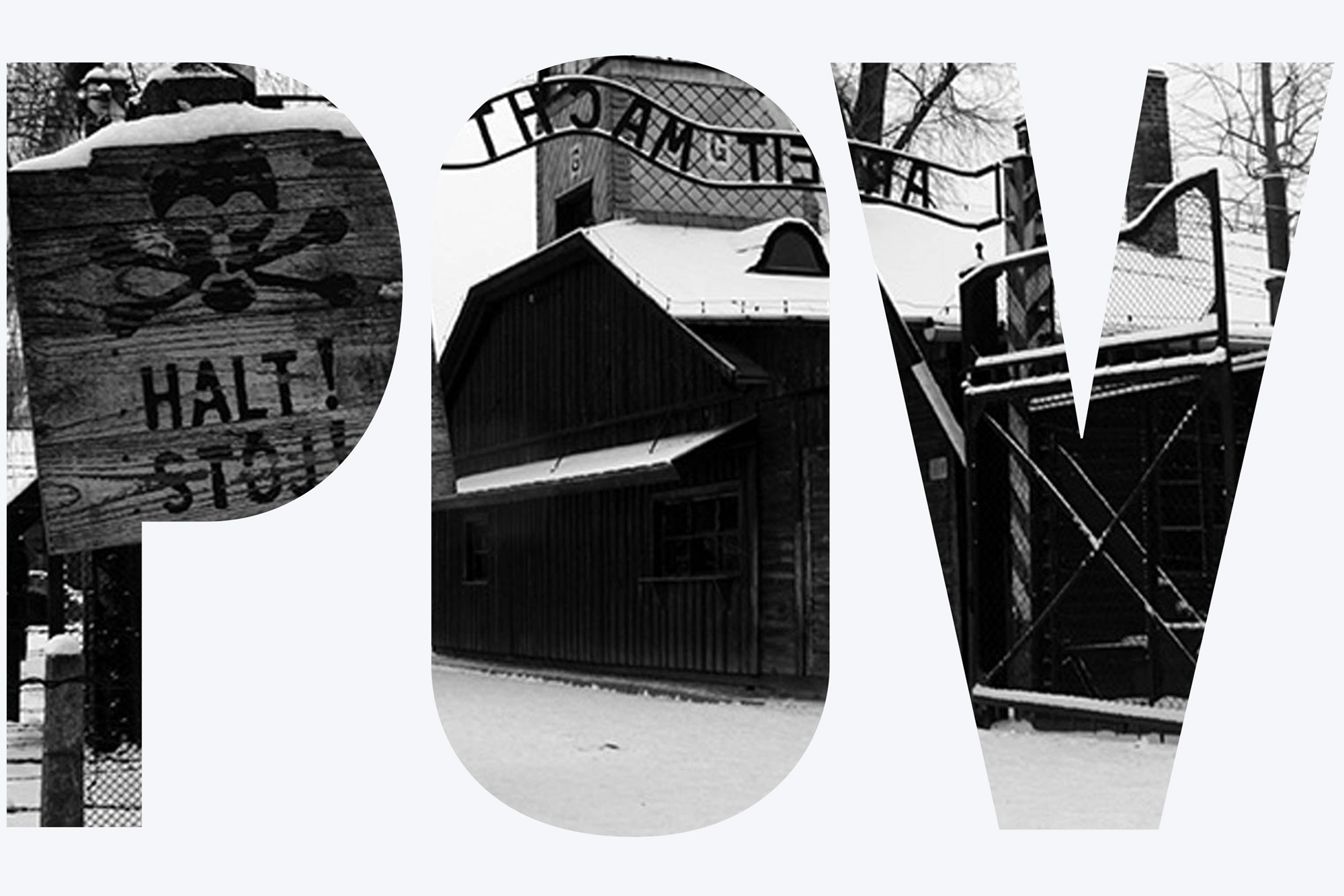 POV: 75 Years after the Liberation of Auschwitz, How Do We Make Sure It Never Happens Again?

On January 27, 1945, 75 years ago today, the Soviet Red Army came upon the remnants of a place that has since been seared into the memory of civilized humanity as a symbol of the unspeakable horrors wreaked by the Nazis and their collaborators during the Second World War. While tending to a few thousand surviving inmates left behind by the retreating SS, the Russians gradually pieced together evidence of the atrocities committed. The evidence meticulously gathered over months of grueling work was later used in the Nuremberg trials.

Among the charges the Allies brought against the German leadership at Nuremberg were “crimes against humanity.” These consisted of the deliberate mass killings of civilian populations that Nazi ideology deemed unworthy of living or a threat to the racial purity of the so-called Aryan race. Targeted populations in the name of “racial hygiene” included the mentally ill and handicapped, homosexuals, Slavs, as well as Sinti and Roma. By far the largest number of people disenfranchised, robbed, deported, enslaved, tortured, starved, and killed were Jews. In 1944, at the height of their “war on the Jews,” the Germans deported half a million Hungarian Jews to Auschwitz, where the bodies of those gassed upon arrival exceeded the capacity of the crematoria, so their bodies were burned in open pits. The pyres are visible on aerial footage taken by the British Royal Air Force, who chose not to bomb the train tracks which carted Jews to destruction. The general estimate of the number of Jews exterminated by the Nazis is six million, including a million and a half children.

The largest death camp established in occupied Poland, and named after the nearby town of Oswiecim, Auschwitz was a sprawling complex of about 50 different lagers that served different purposes. In 1940, one year into their occupation of Poland, the Germans began to use former Polish army barracks at Oswiecim as a concentration camp for Polish political prisoners. As many as 140,000 non-Jewish Polish citizens were eventually imprisoned at Auschwitz, many of whom died of starvation, sickness, neglect, exhaustion, or execution.

The Germans began mass executions of Jews in 1941, following the attack on the Soviet Union. In 1942, looking for greater efficiency, the heads of the political police assembled at Berlin Wannsee (in an expropriated Jewish villa) decided on what they called the “Final Solution” (Endlösung) of the “Jewish question.” Auschwitz II (Birkenau) was built as one of several extermination camps (Vernichtungslager) to accommodate as many as 100,000 prisoners at any given time. A third camp (Auschwitz III Monowitz) housed slave laborers employed in the IG Farben chemical works located at Buna.

Now, 75 years after the liberation of Auschwitz, we are no closer to comprehending the magnitude of this catastrophe. Visiting Auschwitz with Oprah Winfrey in 2006, the late Nobel Laureate Elie Wiesel (Hon.’74), BU’s Andrew W. Mellon Professor Emeritus in the Humanities and a College of Arts & Sciences professor emeritus of philosophy and religion, said he had no words to describe what it was like. In a 1982 interview with Daniel Toaff, Primo Levi disarmingly confessed that he found Nazi ideology incomprehensible. Neither of these statements grant permission to deny the facts. The facts are clear. The evidence is literally overwhelming. A combination of sober engineering, ingenious cruelty, and sheer opportunism, the remnants of this complex of large-scale theft, exploitation, enslavement, dehumanization, rogue medical experimentation, and mass annihilation is a staggering monument to what human beings can do to other human beings.

Reading about Auschwitz is nauseating, but we must look reality in the face. Why? Why isn’t all this a matter of the past? It won’t be unless we make sure it is. For that we must read, study, listen to the testimony of survivors, the eyewitness accounts of those who were there. We must also study and comprehend what motivated the perpetrators. Here at Boston University, we research the destruction of European Jewry, the Armenian genocide, Rwanda, war crimes, and other crimes against humanity. That is why we created a degree program in Holocaust, Genocide, and Human Rights Studies. One of the founding faculty of this program is Michael Grodin, a widely published School of Public Health professor of health law, ethics, and human rights and a School of Medicine professor of psychiatry and of family medicine, who facilitates undergraduate and graduate research on medicine and the Holocaust and regularly teaches a course on the Holocaust and bioethics.

Auschwitz attests to what human beings can do to other human beings when the institutions of a state are harnessed to a radical criminal imagination.

Over the years, I have had many conversations with my father-in-law, Abe Shenitzer, now 98, a York University emeritus professor of mathematics. He grew up in Sosnowiec, Poland, and in 1943, was deported to Gross-Rosen, where he was farmed out by the SS as a slave laborer to a German woodworking company in Bunzlau (Bolesławiec). He survived several labor camps before he was marched to Germany and eventually liberated from Bergen-Belsen by the British. Abe always remarks that one of humanity’s flaws, as far as he is concerned, is a profound lack of imagination. People cannot, or will not, imagine what happens to others as something that concerns them or could happen to them. The lesson of Auschwitz and the numerous other lagers that dotted Germany and much of Nazi-occupied Europe between 1939 and 1945 is that we need a better, more capacious imagination. As Claude Lanzmann showed in his brilliant documentary Shoah, the success of the German campaign depended on people looking the other way. Conversely, those who were saved, as my father-in-law attests, were usually saved by the kindness of strangers.

Students affiliated with the BU Hillel regularly arrange for survivors to speak at BU, so students can hear their voices and connect with the past. But we are now at a point in time where those old enough to remember are often too old or confused to recall their stories to an audience. This is why we need institutions committed to the documentation and preservation of the voices of the past, such as the USC Shoah Foundation, the US Holocaust Memorial Museum, and Yad vaShem.

Studying the history of genocide is important, but facts are not enough. We also need to develop our imagination. Fostering a more capacious imagination also requires the study of literature. This was the mission of Elie Wiesel. Over the decades of his tenure at Boston University, he challenged and nourished the imagination of his students, not by teaching history, but by having them read and discuss great works of literature, by using literature to broaden their imagination.

If Auschwitz is a symbol, what does it stand for? Auschwitz stands for the erasure of much of Jewish life in Europe. Two out of every three Jews who lived in Europe before the war were killed. The lucky ones became refugees or survived in hiding. It is also a symbol of the breakdown of European civilization and an indication of how quickly entire societies can submit to totalitarian rule. Auschwitz stands for the perversion of the political, cultural, administrative, social, military, and economic institutions of a modern state by a movement committed to an absurd pseudoscientific doctrine. It was part of a state-sponsored criminal operation on the grandest scale. Auschwitz attests to what human beings can do to other human beings when the institutions of a state are harnessed to a radical criminal imagination. Auschwitz did not happen outside of history. Human beings did this to other human beings, just as human beings do terrible things to human (and other) beings today.

So what does it mean to say “Never again?” We must realize that Auschwitz was the end, not the beginning of a development. It started small: with propaganda and fake news that enhanced simmering anti-Semitism and fomented anti-Jewish hysteria; with orchestrated boycotts of Jewish stores and the expulsion of Polish Jews; with the suppression of political dissent, rogue violence, and secretive euthanasia programs targeting the mentally ill. The result of these and other preliminary measures was the insight that the state could do these things and get away with it. This is why, in a recent interview, I insisted that it is not enough to say “Never again.” We need to preserve the freedom of the press and the independence of academic inquiry. We need to stand up to anti-Semitism, but also to every other form of bigotry, and say no to Islamophobia, racism, and extreme nationalism. We need to end the brutalization of refugees and asylum seekers on our southern border, not just for the sake of the migrants, but also for the sake of the men and women in uniform charged with the execution of inhuman directives. As Elie Wiesel taught us, worse than hatred is indifference. If Auschwitz has to teach us a lesson today, it is this. We must not be indifferent to the suffering of others. Or, as my father-in-law puts it, “To be human means to put an equality sign between yourself and others.”

POV: 75 Years after the Liberation of Auschwitz, How Do We Make Sure It Never Happens Again?

POV: 75 Years after the Liberation of Auschwitz, How Do We Make Sure It Never Happens Again?
0
share this