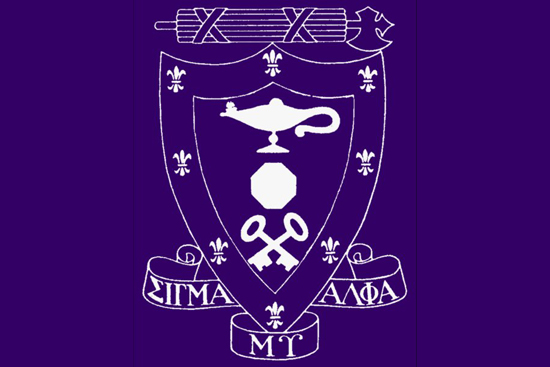 The evening after the death on Saturday of freshman Anthony Barksdale II, a new member of the BU chapter of Sigma Alpha Mu (SAM), the fraternity was suspended by Sigma Alpha Mu’s national leadership, based in Indianapolis, Ind. Yesterday afternoon, the University also suspended the chapter, following what Dean of Students Kenneth Elmore calls “reports of underage drinking and severe intoxication” at an unregistered off-campus fraternity event.

Barksdale (ENG’16) was pronounced dead at St. Elizabeth’s Medical Center after being transported from an apartment at 22 Wadsworth St. in Allston, where a SAM function had been held. Boston EMS responded to a call at that address shortly before 1 a.m. Saturday.

Elmore (SED’87) says his office was told on Saturday by Alex Cuetara (COM’13), president of the BU chapter, that someone had left a fraternity function severely intoxicated. Cuetara also told the staff member that the national organization had recommended suspending all activities of the BU chapter.

Elmore says he confirmed the SAM suspension with Leland Manders, executive director of the national organization, who told him the action was taken because of reports of intoxication at the party and concern that the fraternity “risk management” policies may have been violated. Elmore says risk management policies usually address such things as alcohol abuse.

Manders told Elmore that the Saturday event was “a meet and greet for new members,” and was attended by approximately 41 current members and 6 new members of the fraternity.

“We believe that there were a number of brothers making introductions to new members,” Elmore says. The off-campus private residence was rented by fraternity members, he says, and the event was not registered with the University.

Elmore says his initial investigation reveals that the fraternity conducted a function at which there may have been underage drinking and severe intoxication. “Based on that and the action of the national organization,” he says, “we have suspended the fraternity.”

Manders also told BU Today that the BU chapter was suspended because of a “concern about a risk management violation.”

“We need to find out what happened on Friday evening and determine if there was a policy violation and how bad that violation may have been,” says Manders, who met Monday afternoon with Elmore. “We will work in partnership with the University offices to determine if the chapter can continue in the future and under what circumstances it continues.”

Leadership of the organization is “very saddened by the loss of Tony Barksdale,” Manders says. “We are very concerned about our members. We want to help them through this very difficult period.”

The University’s alcohol policies have been discussed many times with the leadership of SAM and other leaders of the Greek community, Elmore says, and officers of SAM had attended bystander training taught by BU’s Sexual Assault Response & Prevention Center, which is intended to teach students how and when to intervene in several types of dangerous situations, including intoxication. Elmore and his staff have met at least 12 times, often individually, since the beginning of the academic year with the leaders of BU fraternities to discuss the responsible use of alcohol.

The University is cooperating with the Boston Police, which is investigating Barksdale’s death.

Barksdale, who lived in the Towers residence at 140 Bay State Rd., was a 2012 graduate of Souhegan High School in Amherst, N.H., where he earned the Coach’s Award for varsity basketball, a U.S. Marine Corps Scholastic Excellence Award, and a Humanities Award.

There are 126 comments on Sigma Alpha Mu Suspended