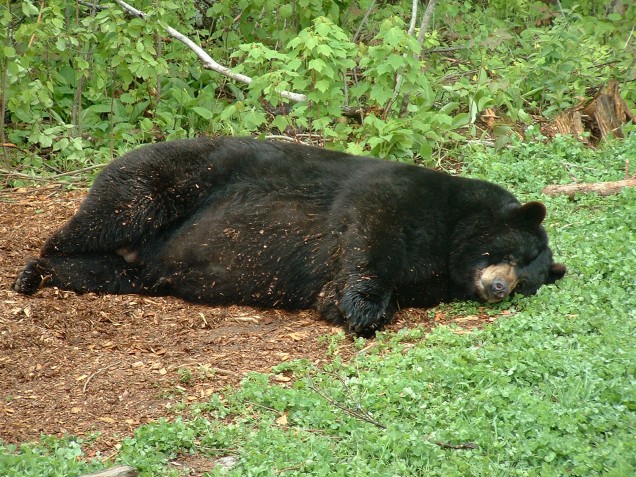 Bears are too large to hibernate. The instead enter a state of rest called 'winter lethargy.' Stock.xchng | Credit Quapaw

A light snow falls softly among the pines of a northern coniferous forest. A brown bear, lumbering through the trees, seeks shelter in a nearby cave where he will spend the next few winter months in hibernation. It seems like an idealistic winter scene, but something is wrong with this picture. Bears don’t hibernate.

Hibernation is a long-term resting state in which an organism will decrease its metabolic rate and temperature in an attempt to conserve energy1. Usually hibernation lasts for several months, although animals will awaken every 10 to 15 days to eat and mate. There are three different types of hibernation: permissible (intermittent periods of rest), obligate, (which is unplanned and lasts only days), and seasonal.

Seasonal hibernation occurs mostly in temperate climate zones. During the cold winters, temperate species reduce their body temperature to that of the atmosphere around them. No animal larger than a woodchuck can truly hibernate. Small animals can build up fat deposits from which to obtain energy during the period of inactivity. Yet the amount of energy needed for a larger animal to return its actual body temperature from the near freezing ambient temperature would require more calories than the animal could consume.

“No animal larger than a woodchuck can truly hibernate. So what do bears do? Large carnivores such as bears enter a period of “winter lethargy,” in which they significantly lower their heart rate, but not body temperature. The bear’s body temperature only falls by approximately five degrees Celsius but will never reach all the way down to air temperature. A bear’s heart rate will drop from about forty beats per minute to eight, a drop of about 75% 2.This falls into the very minimum metabolic rate range observed in small hibernating mammals; most small mammals lower their heart rate by 98%.

In a study of American black bears, Ursus americanus, researchers found that when the bears emerged from their dens in mid-April, they had a normal body temperature of 36.6°C (98.7°F). Yet, the bears maintained a low metabolic rate nearly half of their normal active rate, and it took several weeks before rising to that of the active season3. Such findings suggest that bears can maintain their vital functions even with a reduced heart rate, indicating their metabolism is physiologically mediated rather than temperature-controlled. In true hibernation, temperature accounts for about 50% of the organism’s total metabolic depression. The physiological control over metabolic rate distinguishes the bear’s winter lethargy from hibernation.

Some species of bears may not even enter a state of winter lethargy. Biologists tracked groups of brown bears, Ursus arctos, in the Cantabrian Mountains of Northern Spain from 1998 to 2007 in order to document possible hibernation behavior. According to the tracking data, “family groups,” consisting of females with cubs, were more active in winter than bears over two years old. These bears fed and travelled, only spending a maximum of six days between consecutive locations.  Such activities are not compatible with the long-term state of hibernation4. 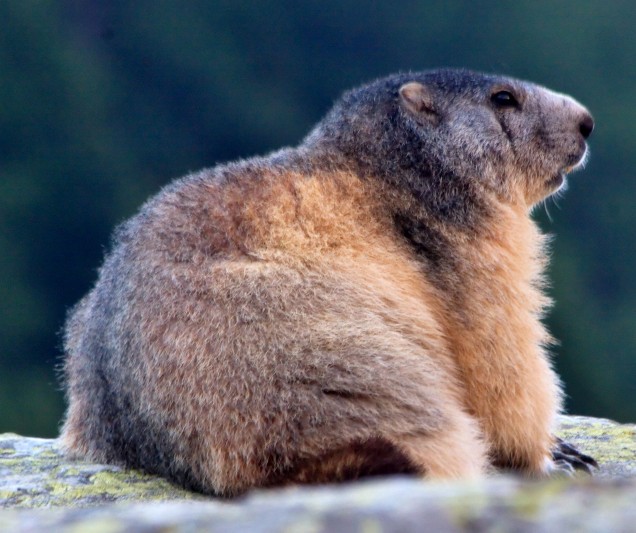 Marmots are true hibernators and must fatten up on food for the winter months. Wikimedia Commons | Credit David Minniaux

Animals that undergo “true” hibernation include squirrels, chipmunks, groundhogs, mice, and shrews. Even the fat-tailed lemur, a tropical primate native to Madagascar, relies on hibernation to survive through periods of drought1. Yet the common assumption of bears as the forest’s greatest hibernator has been discovered to be a misconception.

So when you find yourself heading for the comfort and warm covers of your bed this winter, rather than picturing yourself as a bear, channel a chipmunk instead.