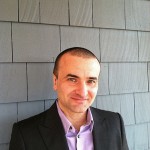 Ilija got his undergraduate degree from Belgrade University, Serbia in 1995. His diploma work was on quantum information and teleportation. He continued his education as a Ph.D. student at the Physics Department at Umass, Amherst from 1996 to 2001, when he defended his thesis in statistical physics, focusing on the development of cluster Monte Carlo methods for studies of critical phenomena. After that he joined the Polymer Science and Engineering Department at Umass, and worked on molecular dynamics simulations of polymer crystallization. He spent the next nine years in industry, working on charge transport in semiconductors utilizing Monte Carlo and ab-initio Density Functional Theory methods. He joined the lab in 2013 as a research scientist. His current focus is the development and maintaining of the COMETS software package. His research interests are primarily focused on the biophysics of pattern/morphology formation in bacterial colonies, human gut microbiome, and metabolism and biophysics of cancerous tumors. 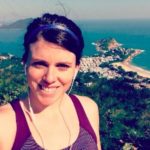 I use models, experiments and field work to map metabolic interactions in synthetic and natural marine bacterial ecosystems. 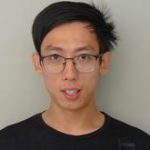 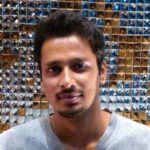 Dileep obtained his B.Tech and M.Tech in Biotechnology with a minor in Operations Research from the Indian Institute of Techonology Madras (May 2016) and is currently pursuing his Ph.D. in Bioinformatics. He is interested in modeling microbial interactions and their interactions with their hosts. In the Segre lab, he works on building a database of microbial interactions and a tool to explore them through networks, a kinetic model of the effect of microbial metabolites on the human AHR pathway, and a reinforcement learning model exploring microbial interactions and their dynamics in a community. His other interests include algorithm development, quantified-self, and artificial intelligence.
In his spare time, Dileep loves working on open-source software, reading, hacking his window manager and text editor, reading, and exploring productivity tools. 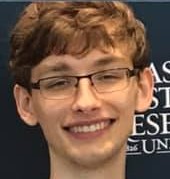 Devlin got a B.S. in Biochemistry from Case Western Reserve University. During his undergraduate studies, he worked in a lab at the Cleveland Clinic studying the role of disruptions in pre-mRNA splicing in human diseases. He started out in the wet-lab, but eventually switched to exclusively computational work, helping graduate students in the lab with some analyses of RNA-seq data and independently creating a database of introns in many species to study the evolution of the two classes of spliceosomal introns in eukaryotes. At BU, Devlin is co-advised by Juan Fuxman Bass and Daniel Segrè and his thesis project is about creating a new framework for incorporating expression data into genome-scale metabolic models, with the end goal of building more robust and realistic metabolic models of human cancers. Devlin’s rotation project in the Segrè lab was about combining artificial chemistry and Flux-Balance Analysis to study the general principles governing the structural features of metabolic networks.

Melisa joined the Segre lab in 2016 as a research scientist and wet lab manager.  She began her career as a biochemist, with a B.A. in Biochemistry and Molecular Biology from the College of Wooster and a doctorate degree in Biochemistry from Brandeis University.  After completing her graduate thesis on the single molecule kinetics of bacterial transcription factors in the lab of Jeff Gelles, she expanded her expertise to include in vivo molecular biology and microbiology in the labs of Simon Dove (Boston Children’s Hospital and Harvard Medical School) and Alvaro Sanchez (currently of Yale University).  Melisa has a passion for teaching, which has been evident since her days as an undergraduate.  She spent a formative year with her colleagues at the College of Wooster teaching chemistry and biochemistry, and in her current role at Boston University teaches BF751 Biochemistry and Molecular Biology for Bioinformatics.  Outside of the lab, Melisa enjoys playing the flute and listening to records and exploring the outdoors with her family. 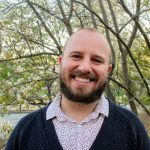 Michael is a PhD student in the Bioinformatics program and he is interested in the role that soil microbial interactions play in regulating climate change. He got his start in studying microbial communities while working at Finch Therapeutics where he helped to design a microbial consortia for the treatment of Ulcerative Colitis using gut microbiome derived strains. While his hands and mind aren’t in the dirt he enjoys rock climbing, cooking, reading, biking, playing music, gardening, and camping (so, some dirt still included…). He is co-advised by Jennifer Bhatnagar. 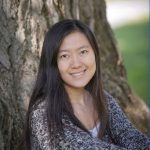 My research interest lies at the interface of synthetic biology and microbial ecology. I’m passionate about innovating solutions for environmental challenges. In my spare time, I lead a nature conservation and animal welfare thinktank in China.