For over 40 years, the Institute for Philosophy & Religion (IPR) has been a unique interdisciplinary forum for the exploration of issues at the intersection of philosophy, religion, and public life. Its origins lie in a group of Boston University philosophers (the Personalists) who were among the teachers of Martin Luther King, Jr. when he was a PhD candidate at Boston University, and over the years the institute’s programs have reflected broad concerns such as the promotion of social justice, the foundation of pluralistic societies, and the deepest questions about life as reflected in theological and philosophical discourse.

Each year, the institute sponsors a lecture series on issues that cross the boundaries between different academic disciplines and between scholars and the educated public. Past topics have included “Courage,” “Loneliness,” “Civility,” “Life, Death, and Immortality,” “Responsibility,” “Evil,” “Toleration and Freedom,” and “Philosophy and the Future of Religion.” In 2018-19, the series is titled “Persons.”

In addition, the institute is the curricular home in the College and Graduate School of Arts & Sciences for courses that offer BU undergraduate and graduate students the opportunity to explore issues in tandem with each year’s lecture series and conferences. The institute’s course, PH 456/656 (also RN 397/607 and STH TT 821), involves an in-depth exploration of issues and texts related to each year’s series.

Although the institute—as its name suggests—has always hosted a range of programming that reflects the rather wide intersection of concerns implied in the conjunction in its title (philosophy and religion), it has also been, since its founding, a prominent national forum for important academic work in the specific sub-discipline of the philosophy of religion. In taking seriously the concerns of this academic field, the institute offers leading scholars the regular opportunity of presenting cutting-edge work in the philosophy of religion in the context of an annual symposium each spring.

In addition to the annual lecture series, conferences, and symposia, the institute publishes a series of volumes reflecting its research. In 2011, our newly rechristened series, Boston Studies in Philosophy, Religion and Public Life, began its publication with Springer. For information on ordering past volumes in our series, see our publications page. 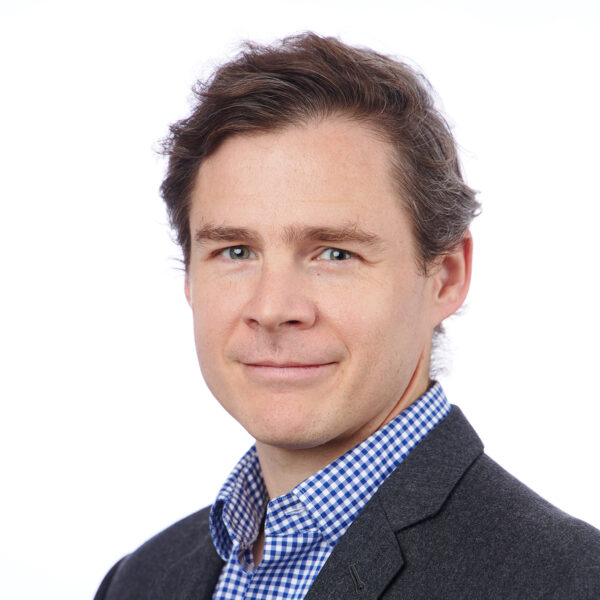 David Decosimo is Director of the Institute for Philosophy & Religion, Associate Professor of Theology and Ethics, and Affiliated Faculty in the Department of Philosophy. He received his Ph.D. and an MA from Princeton University, an MA from the University of Chicago, and his BA from the University of Virginia, where he was an Echols Scholar. His research and teaching encompass ethics, religion, and politics. His first book, Ethics as a Work of Charity: Thomas Aquinas and Pagan Virtue (Stanford University Press, 2014), won the international Manfred Lautenschlaeger Prize from Heidelberg University. His scholarly articles on figures such as Augustine, al-Ghazālī, and Peter Abelard, and topics ranging from the ethics of torture and Islamic ideals of political freedom to the theory and method of comparative religion and the metaethics of intrinsic goodness, have appeared in scholarly journals in religious studies, law, theology, and philosophy.

As a cultural and political commentator, his writing has appeared in The Boston Globe and The Washington Post. A past Chair of Boston University Faculty Council’s Academic Freedom Committee and a Founding Member of the Academic Freedom Alliance, he is a proponent of open inquiry, academic freedom, and a university and public culture marked by rich pluralism and a shared commitment to reasoned conversation, debate, and dialogue across our deepest disagreements. Likewise, Professor Decosimo is also an advocate of humanistic learning that invites students to explore questions about the most important things in conversation with one another and with diverse and enduring philosophical, religious, and literary works, past and present.

His second book, The Spirit of Christian Ethics, is forthcoming from Yale University Press.

Dr. Chad Wellmon, "Deflection, Value-Capture, and the Permanent Crisis of the Humanities"