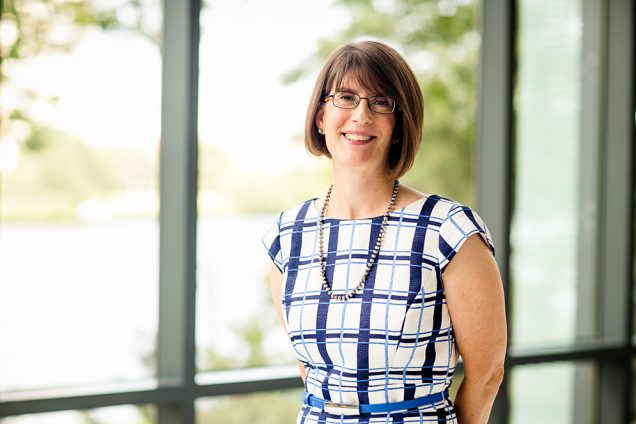 For some graduates in a field marked by high expectations, a recent headline in the New York Times captured their pain: “An Expensive Law Degree, and No Place to Use It.”

Law graduates, according to the story, are caught up in a broad transformation of the legal profession, one that has shrunk the market for newly minted lawyers, most in the grip of worrying amounts of debt. The change has also trimmed the number of people who want to be lawyers, an eventuality that has been bad news for law schools. Most law schools, anyway.

For BU’s School of Law the numbers tell a different story. Applications and enrollment are at prerecession levels, hefty grants are funding a range of new initiatives, and postgraduate employment in major law firms is holding steady. And with an airy new five-story building and renovation of the circa-1960s LAW tower, bricks-and-mortar-wise the school has gone from being one of the worst to arguably the best facility in the nation. LAW’s defiance of some rather bleak odds is attributed in large part to the 10-year tenure of Maureen O’Rourke, LAW’s no-nonsense dean, who, colleagues say, gets things done.

Today, says O’Rourke, the legal profession has fewer openings for Perry Masons. Intellectual property law is exploding, and careers in immigration, health, and international law await those willing to keep up with evolving regulations. Photo by Jackie Ricciardi

O’Rourke and her fellow law deans have been hearing about the demise of their profession for years. Back in August 2013, the annual meeting of the American Bar Association (ABA) was clouded by critics bemoaning an avalanche of debt—what a Times editorial called a “death spiral—averaging between $60,000 and $100,000, and a growing scarcity of jobs for law graduates. According to a report by the legal news website Law360, between 2008 and 2012, employment in law firms and law offices nationally declined by 4 percent, and in Boston by 5 percent. At the same time, the ABA reports, applications to law schools dipped nearly a third from a decade ago. In 2017, an estimated 33,791 law students will graduate, the lowest number since 1978.

What went wrong? The inflection point, according to some legal journals, was the financial crisis of 2008, which led to unprecedented layoffs, hiring freezes, and salary reductions at many large law firms. There was also a fair bit of self-inflicted damage. According to a report on enrollment trends by Keith Scheuer, a California attorney and law expert for the education website Noodle.com, “For several decades, elite law firms treated themselves as royalty, charging clients hundreds of dollars an hour for legal work and assuming the client would not balk at first-class airfare, hotels, and dining.” And even medium-size firms didn’t hesitate to send more than one attorney to hearings, depositions, and trials. As clients rebelled, firms cut back on associates. Meanwhile, do-it-yourself legal services such as LegalZoom are thriving. When it comes to basic contracts, simple divorces, wills, or property conflicts, there’s a cut-rate, multilingual law outfit on call 24 hours a day—it’s called the internet.

To continue reading, a full version of this article originally appeared on BU Today.

Author, Susan Seligson can be reached at sueselig@bu.edu.