A BU art historian wrote a report two years ago. Now her work is helping remove the city's racist monuments. 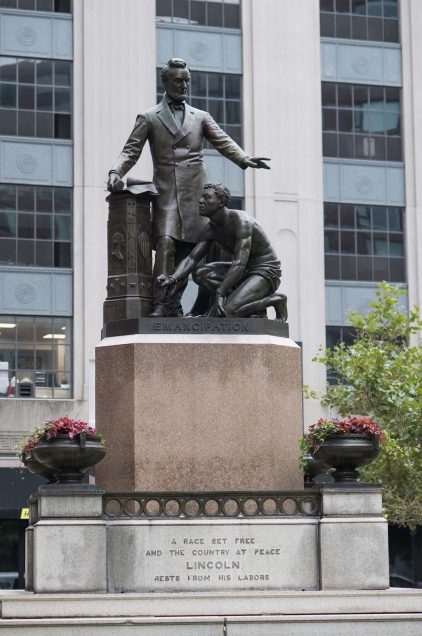 In 2018, Ewa Matyczyk (GRS’20), as part of the BU Center for the Humanities internship program, worked at the Boston Mayor’s Office of Arts and Culture. It was during her time there that she wrote a report declaring the emancipation memorial in Park Square, which depicts an enslaved man serving President Abraham Lincoln, as racist and asked for it to be removed. Two years later, as the Black Lives Matter movement grows across the country, the city is removing the statue. Ewa, who received a Ph.D. in the history of art and architecture from the Graduate School of Arts & Sciences this past spring, spoke to BU Today about the report and the role it played in that decision.