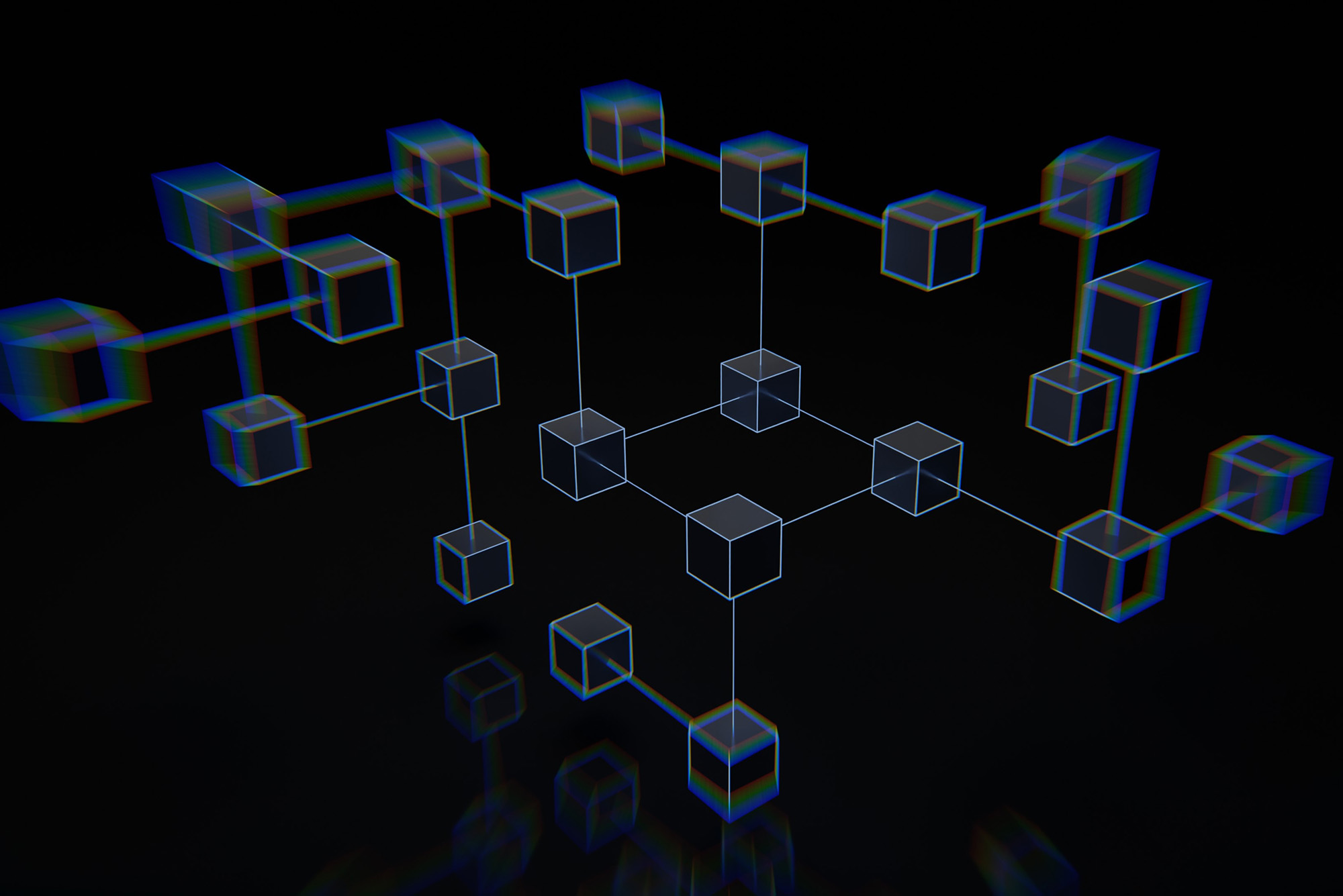 Beyond Bitcoin: Why Interest in Blockchain Is Surging at BU

Interest in blockchain, the technology upon which Bitcoin and other cryptocurrencies are based, has surged at Boston University among students and faculty—even amid financial questions about its security, risk factors, and value.

CoinDesk, a leading online media platform that covers the cryptocurrency space, recently named BU to its global list of Best Universities for Blockchain 2022, writing: “The private research university in the heart of the Massachusetts capital offers 12 blockchain-related courses, including Blockchain and Social Impact and Crypto for Data Science. At the graduate level, there is a master of science in mathematical finance and financial technology, and a master of science in computer science with a specialization in cybersecurity. The University also offers two graduate certificate programs, in financial technology and in advanced financial technology. Student interest in blockchain is keen enough to have launched three student clubs, the Cryptocurrency Club, Fintech Club and the BU Bitcoin Club.”

All of this action begs a number of questions, starting with . . .

What is blockchain, anyway?

“Blockchain is essentially a distributed database technology that is maintained and used by many individuals at once,” says Gerry Tsoukalas, a Questrom School of Business associate professor of information systems and a Dean’s Research Scholar. “Think of it like Google Docs, where multiple people can read and edit a document at the same time, except without a central entity like Google owning it.”

Mark Williams, a Questrom master lecturer in finance, executive-in residence, and holder of the James E. Freeman Lecturer Chair, is the BU Fintech Club (“fintech” is financial technology) faculty advisor. He emphasizes that blockchain “allows for the secure recording of digital transactions through a decentralized, trustless system, which potentially could eliminate the need for traditional intermediaries, such as banks and brokers.”

Williams created the first graduate level fintech course at BU, and he views blockchain as “a proofing process where decentralized transactions get approved and are then added to a digital ledger, which is both secure and can’t be changed.” Blockchain is also an open-source system (as opposed to a closed platform owned by a company). That means anyone can write programs for it, “thus allowing for creativity and innovation,” Williams says.

This leads to a natural follow-up question:

How is blockchain used?

Besides cryptocurrencies, blockchain has brought us NFTs, or “non-fungible tokens.” NFTs are unique digital identifiers recorded on a blockchain that certify ownership in an asset. As Tsoukalas explains, NFTs or “tokenization offers the ability to divide asset ownership among multiple people.”

For instance, he says, multiple investors could own a house that generates income for all of them. Their ownership would be represented by tokens, and it would give them profit sharing and voting rights.

Williams explains that NFTs “have become a multibillion dollar industry that’s been sweeping the art world, solving the problem of ensuring there’s no counterfeiting and also making sure that royalties go to the artists who actually created the digital representation.” He adds that even Major League Baseball and the NBA have jumped on the popularity of NFTs to create digital sports cards.

And while NFTs have become a high-profile use of blockchain, the technology has many other applications. “I’m really interested in how blockchain could replace financial institutions in a trustless environment,” says Williams. “When you think about why a JP Morgan [investment bank] exists, it’s because you have two parties in a transaction who may not know each other, but they both trust the intermediary. If you create an environment where trust isn’t needed, a third party intermediary doesn’t have to get paid on both ends, eliminating what we call the frictional cost of transactions.”

Blockchain could potentially expand access to lending. “The underbanked [or unbanked] represent about 15 percent of the Greater Boston community,” Williams says. “If you can provide this marginalized group direct access to financing with blockchain, you’re creating on-ramps instead of barriers, and you’re actually improving people’s standard of living.”

Without question. BU senior Jasmine Fanchu Zhou, majoring in economics and math, heard about blockchain for the first time during her senior year in high school. “My cousin was a trader in crypto and said I should look into blockchain,” she says. After her sophomore year at BU, Zhou worked as a summer intern at a cryptocurrency company called Binance.

“It was during that summer internship that I realized what a big world blockchain is, with so many applications beyond just cryptocurrency,” Zhou says. She later joined the BU Blockchain Club, and started attending events in Boston and New York City. “Right now, I’m looking into token economics, which is closely related to my economics studies,” she says.

Zhou has noticed a surge in student interest about blockchain. “About a year ago, I started hearing more students talking about it. The BU Blockchain Club does a really great job gathering people together and inviting great guest speakers to educate our community about blockchain,” she says.

Henry Willis, a sophomore majoring in data science, and a member of the BU Fintech Club, went to his first meeting with the club last year and was surprised that “there were so many members at the meeting that half of us had to stand up.”

Questrom’s Williams sees interest in blockchain pivoting away from cryptocurrency and towards other applications, such as NFTs and smart contracts. “What I’m seeing now, likely because of the major decline in the value of cryptocurrency, is more student focus on the underlying technology of blockchain itself. The momentum is moving towards creating stable tokens that can be used on the blockchain.”

So, is BU ramping up course offerings in blockchain?

Blockchain and its applications cut across multiple disciplines, including computer science, finance, economics, business, engineering, and others. And as CoinDesk notes, BU does offer 12 blockchain-related courses, such as Blockchain and Social Impact and Crypto for Data Science.

Steven Kou, a Questrom professor in management and finance, is teaching a graduate-level course, called Economics of FinTech, which covers blockchain and blockchain programming. “Many, many students have enrolled in this class, which is a testimony to the value students see in it,” Kou says. “Blockchain is an important fintech industry trend. There are jobs available for students, and other universities are offering graduate programs related to blockchain.”

And what about beyond BU—is a blockchain ecosystem emerging?

Could a thriving blockchain ecosystem develop in Greater Boston, just as we’ve seen in the life sciences? Zhou believes so: “Boston is a big city with academic giants such as Harvard and MIT in the same area as BU. You have opportunities for collaboration on blockchain, as well as space for educators, students, and start-ups to interact and be exposed to all these amazing blockchain applications.”

Willis offers a personal example: “I just participated in the Hack Boston event cohosted by Harvard and MIT, and got third place on one of the bounties. Besides winning a few thousand dollars, I connected with two of the event’s sponsors who want to privately fund our project.”

The project would use blockchain to help reduce the impacts of climate change. “We’re using blockchain to replicate and then improve upon the cap-and-trade system that is currently in place to limit emissions in 13 US states,” Willis says. “Due to corruption, and sheer accident, carbon permits are often double-counted or hoarded by companies with significant resources to manipulate the market.”

Zhou offers a final thought: “BU is such a massive and diverse educational community. There’s so much collaboration and energy happening here, and now around blockchain, which is really valuable for all of us.”

Beyond Bitcoin: Why Interest in Blockchain Is Surging at BU

There are 6 comments on Beyond Bitcoin: Why Interest in Blockchain Is Surging at BU

Beyond Bitcoin: Why Interest in Blockchain Is Surging at BU
6
share this