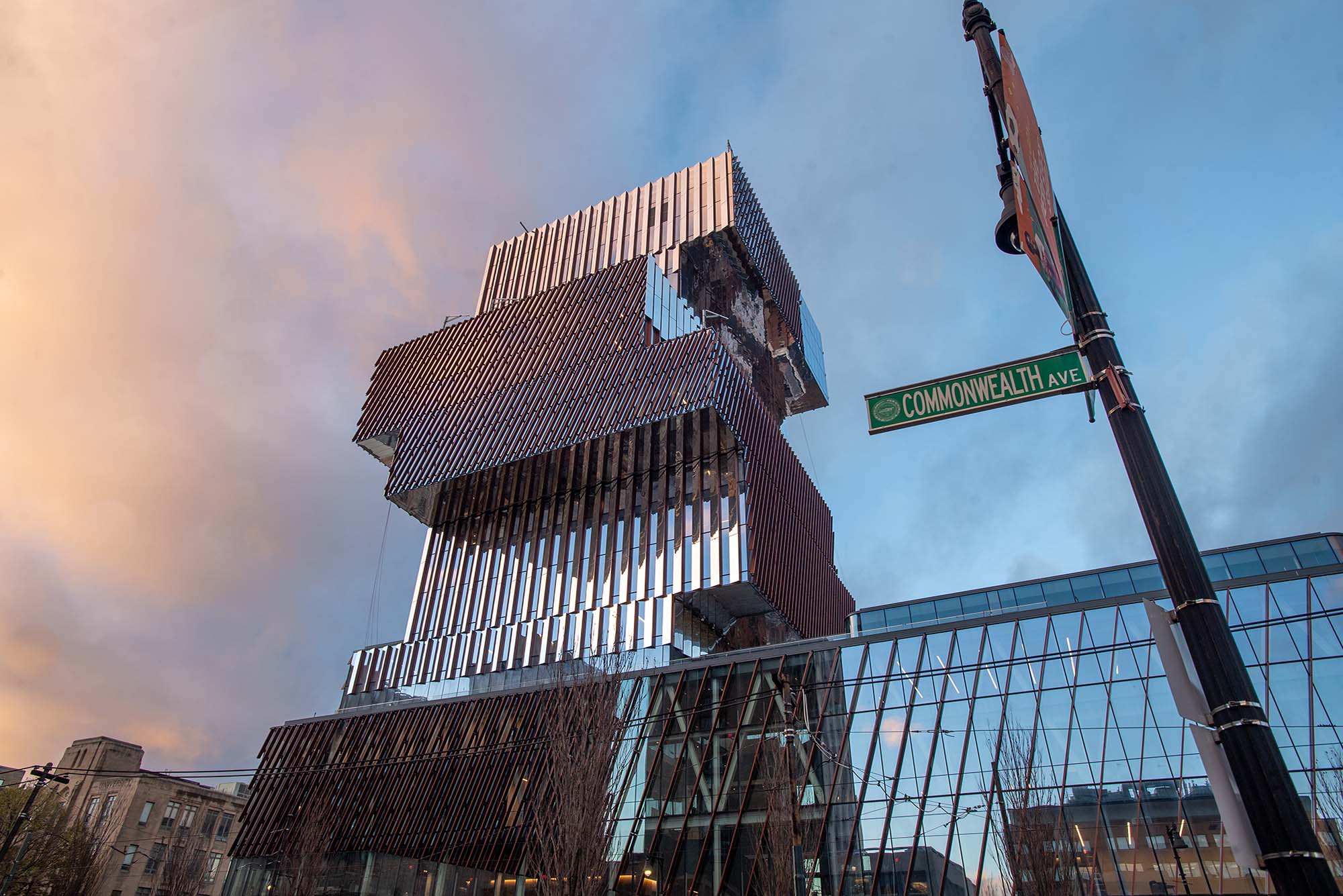 Nearly 40 images of highlights from the three-year project

Three years after a groundbreaking ceremony marking the start of the Center for Computing & Data Sciences construction, Boston University celebrates the opening of the iconic building on December 8.

BU Today photographers Janice Checchio, Jackie Ricciardi, and Cydney Scott chronicled the construction from start to finish. They estimate taking a combined total of more than 10,000 photos, shooting at all hours, through all seasons, in all types of weather.

To celebrate completion of the $305 million building, they pulled together a collection of photos that trace its rise from groundbreaking to those first excavations to the soaring 305-foot-tall cantilevered tower now rising over BU’s Central Campus. 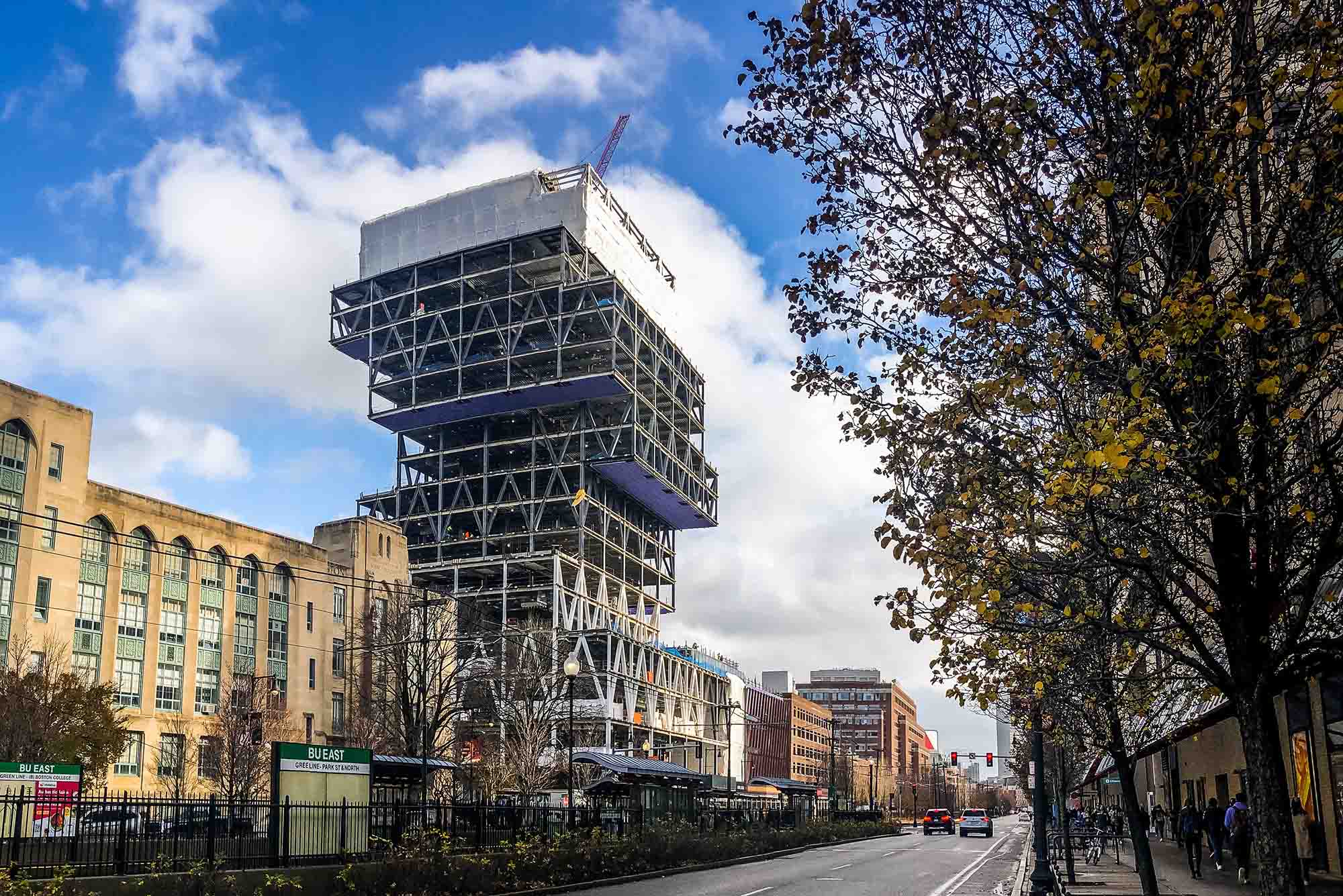 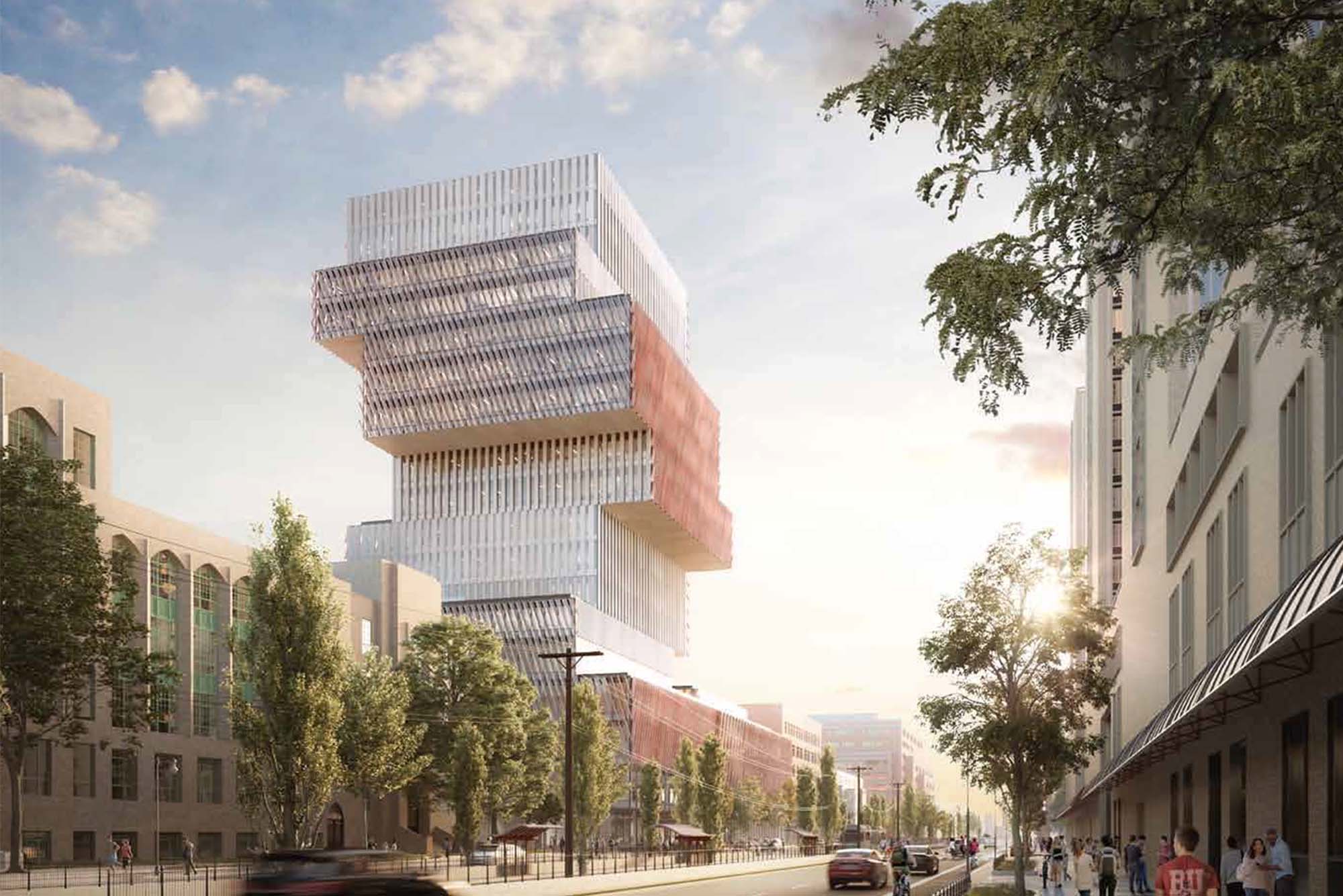 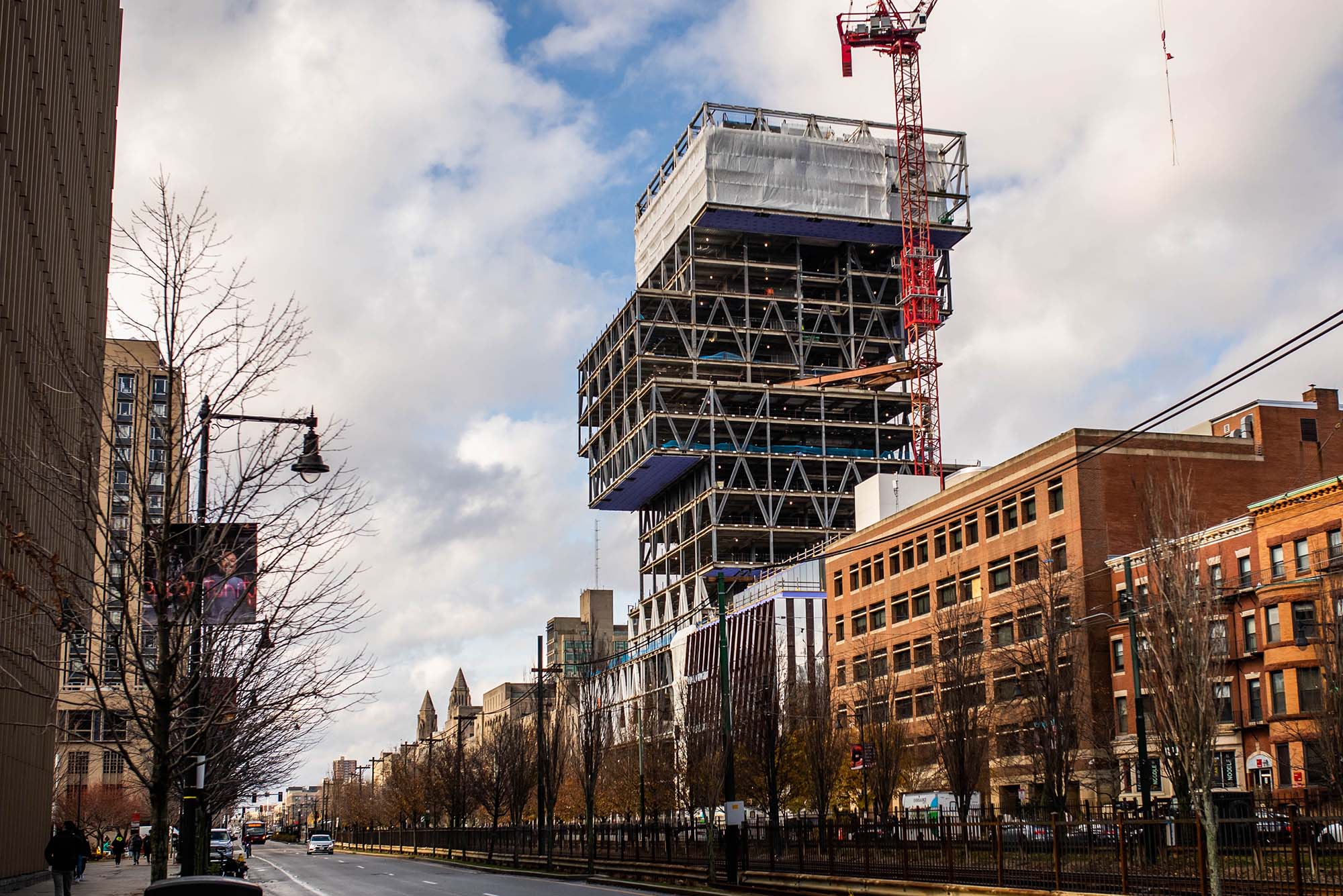 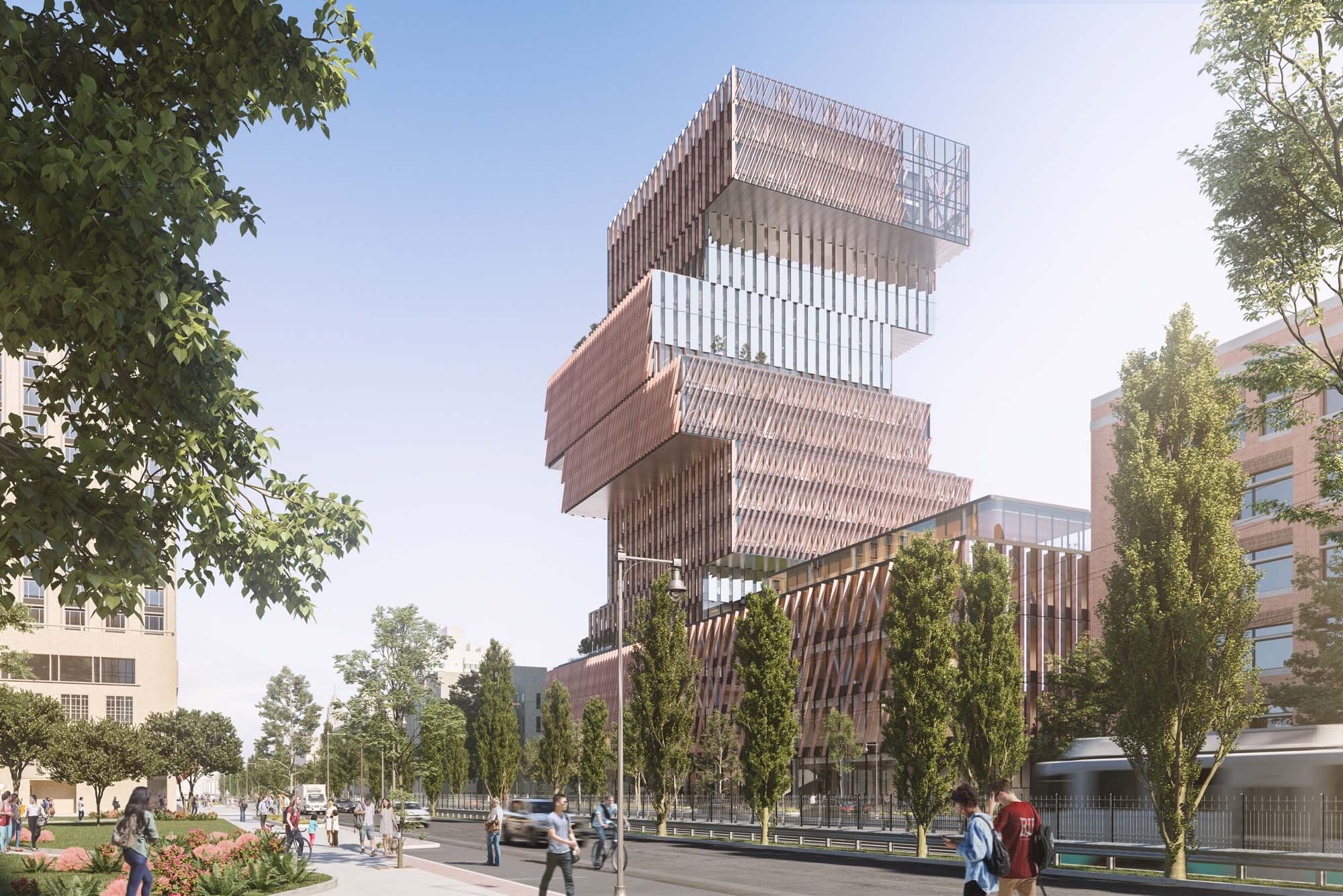 Slide the bars left and right to see two different perspectives of how the Center for Computing & Data Sciences appears under construction, now, and how it will look when finished in late 2022. Photos by Jackie Ricciardi

May 2020Construction begins after a two-month pandemic delay.

Azer Bestavros (from left), Jean Morrison, and Robert A. Brown as the final beam (right) is put in place during the September 30, 2021, CDS topping-off ceremony. Photos by Cydney Scott

Part of the CDS butterfly staircase (left). One of the many roof terraces, with their stunning views of much of Boston, Cambridge, and the Charles (right). Photos by Jackie Ricciardi

Positioned to Lead in a 21st-Century Data-Driven World

There are 18 comments on An Iconic Building Rises: Photo Gallery Traces Construction of BU’s Center for Computing & Data Sciences