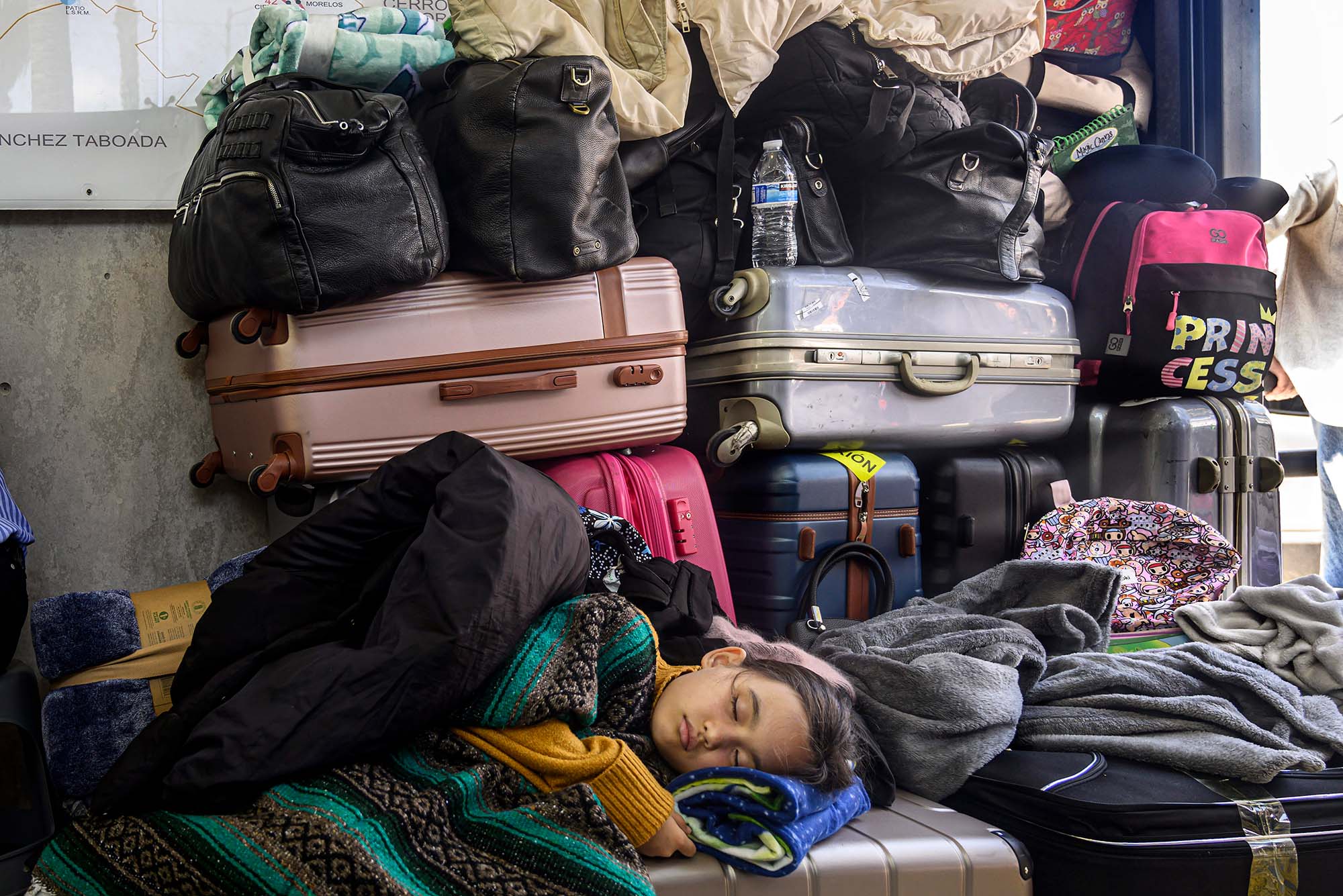 Asylum-seeking Ukrainian families wait in Tijuana, Mexico, for entry into the United States. Many say their journey has taken a month, with multiple stops in other countries. Photo by Mindy Schauer/Orange County Register via Getty Images

After the Immigrant & Refugee Health Center at Boston Medical Center assisted last fall in helping Afghans who were dramatically airlifted out of Kabul by the US military, the center is now preparing for a new wave of vulnerable people who will need help resettling from a country in turmoil: Ukrainians.

“The second the country starts bringing Ukrainians in, they will be coming through our clinic,” says center director Sarah Kimball, a Boston University School of Medicine assistant professor of medicine.

The center is already starting to receive referrals for people who have brought their family or friends in through informal pathways. “So, we know that folks are coming here in any way that they safely can,” Kimball says. “The devil will be in the details of what services people will be eligible for, and how the process works.”

The likely scenario, she says, is that people will be allowed to enter the United States and safely stay for a short term under a type of temporary humanitarian status rather than formal refugee status.

That echoes what President Joe Biden said in announcing a new program called “Uniting for Ukraine,” a streamlined process to help Ukrainians seeking to come to the United States. That news came after Biden pledged to admit up to 100,000 Ukrainians fleeing Russia’s invasion. “This new humanitarian parole program will complement the existing legal pathways available to Ukrainians, including immigrant visas and refugee processing,” Biden said. “It will provide an expedient channel for secure legal migration from Europe to the United States for Ukrainians who have a US sponsor, such as a family or an NGO.”

Kimball says there are several critical differences between the Russian invasion of Ukraine and the Taliban seizure of Afghanistan back in fall 2021. The Afghan crisis unfolded in a matter of hours and days due to the urgent military airlift, forcing families to stay on military bases until they were approved for resettlement. While Ukrainian arrivals currently don’t have formal refugee designation, the decisions that the Biden administration makes may allow them to resettle at least temporarily in a smoother fashion in the United States. She says she is hopeful that lessons learned from the Afghanistan resettlement process can be applied to help the Ukrainians when they arrive.

“We’ve had over 150 Afghan evacuees come through since January,” she says. “We are responsible to the politics of the moment. We do a basic health screener, we make sure they have their vaccines, their COVID vaccine, we test for common infectious diseases, and screen for mental health symptoms. We make sure you are as healthy as you can be to start in this new country.”

We are responsible to the politics of the moment…. We make sure you are as healthy as you can be to start in this new world.

Although Boston Medical Center has been serving refugees since 1994, the Immigrant & Refugee Health Center was launched two years ago to provide a comprehensive medical home for immigrants and undocumented asylum seekers, helping them navigate healthcare barriers to ensure their needs are met.

With a team that includes four case managers and one community health worker, the center tries to help with seemingly small tasks that carry important weight for new arrivals, such as getting someone an insurance card. One of the biggest concerns they saw with the Afghans they were assisting was how they had suffered because of delayed medical care or treatment, sometimes with life-threatening illnesses.

The biggest issue for people arriving in a crisis situation, Kimball says, usually involves finding them housing, especially in Massachusetts, where housing is expensive. “People need affordable housing,” she says. Other issues are just as pressing, from accessing mental health care to getting children enrolled in schools, which can be challenging when they don’t speak English. Another big thing Kimball says the center learned from its work with Afghan refugees is that when a huge population shows up, it overwhelms available interpreter services and it becomes very hard to find additional interpreters.

“We are in this waiting phase,” Kimball says. “It’s not as easy as just people fleeing. There has to be a huge process to get people approved to stay in the country. We learned some really important lessons from the arrival of Afghan refugees, in order to make this next round better for Ukrainians.”