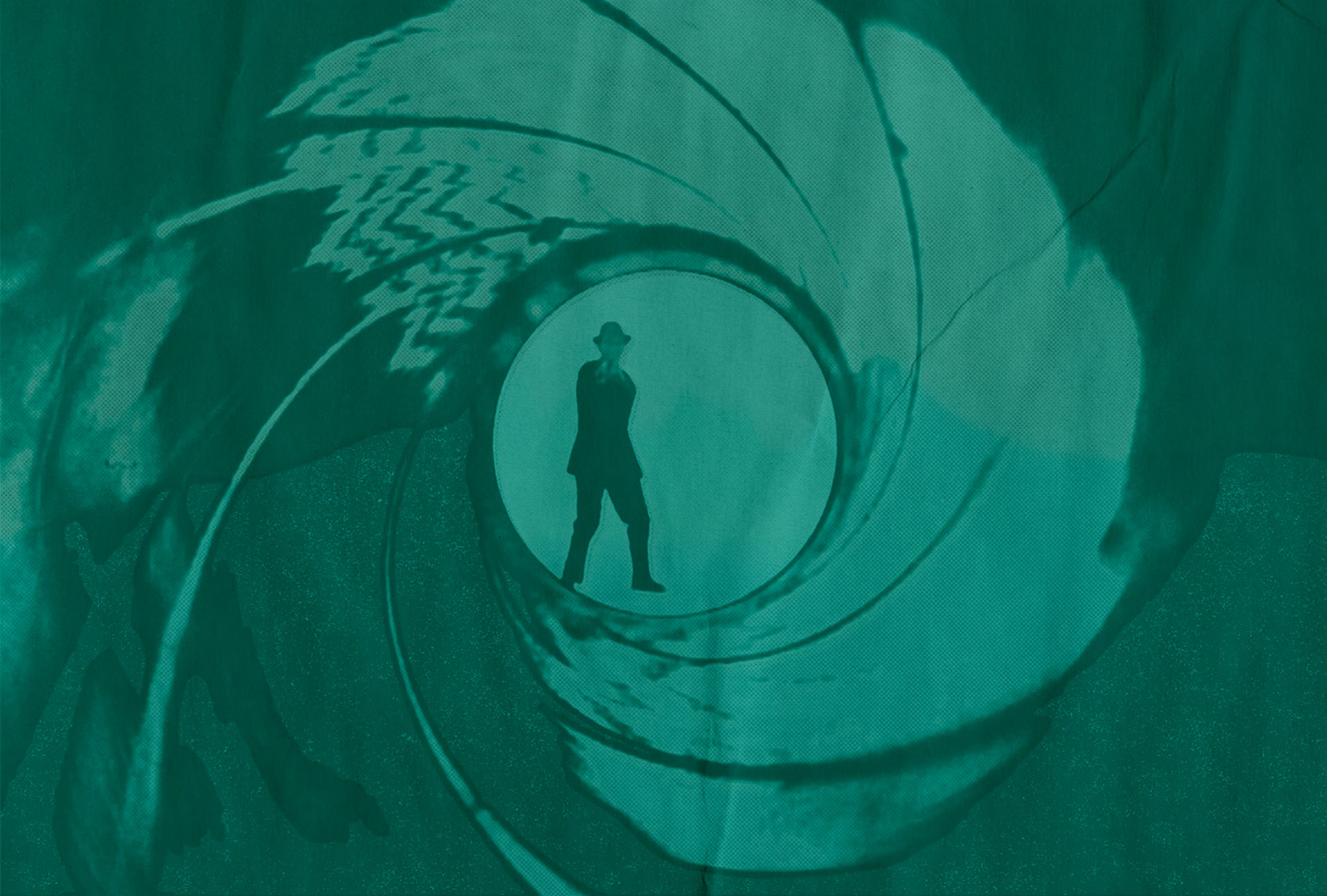 Who Will Be the Next James Bond?

In this episode, College of Fine Arts Dean Harvey Young considers possible successors to Daniel Craig and discusses his pick for the next James Bond. Young also talks about his favorite and least favorite of the actors who’ve played 007 and how the stereotypes of early James Bond movies have changed over time.

Who will be the next James Bond?

In this episode, BU Today staff writer Joel Brown talks to Harvey Young, dean of the College of Fine Arts at BU, an expert on African American theater and a huge movie fan. Daniel Craig vowed to leave the role of iconic super spy 007 after the release of No Time to Die.

Clip: “Some men are coming to kill us. We’re gonna kill them first.”

Ferrante: With the movie now in theaters, speculation has turned to who will be the next actor to tackle the role first played by Sean Connery almost 60 years ago.

Joel Brown: Harvey Young, thanks for talking to us. We’d like you to tell us: who will be the new James Bond?

Harvey Young: But that’s a good question. We don’t really know just yet; it hasn’t been announced. But I think there are quite a few wonderful contenders out there.

And everyone has their own favorite, whether it’s Tom Hardy… My personal choice would be Riz Ahmed, who was in the Sound of Metal, and I think that he checks many boxes. I think we’re ready for a non-white James Bond. I think he is a relative newcomer for most audience members, so [there’s] a surprise factor, like [with] Daniel Craig.

And I also think that he’s a powerhouse of an actor. So I would love to see him in that role.

Brown: There’s been a lot of talk about having the first non-white Bond, and the name that most often comes up is Idris Elba. What about him?

And from The Wire through the Marvel movies and more, he’s dynamic and amazing. But the catch with him is that your new Bond actor needs to be a person you want to see on screen in that active role for about 10 or 15 years. So if you think about Daniel Craig and his first film as Bond, he started that role 15 years ago.

So you want be able to have a person who can age into the role. And if you think, well, Sean Connery did it for a while, Sean Connery was gray as Bond. Gray Sean Connery was 52 years old or 53 years old. And Idris Elba is 49. So you’re talking about, 15 years from now, I’m not sure if people are envisioning a 60-something-year-old Idris Elba chasing down the bad guys.

So I would love to have seen him in that role… Hugh Jackman would have [also] been great as well at other moments too, but I think that Idris is just too old.

Brown: Any other names you’ve heard bandied about lately?

Young: Well, Tom Hardy seems to be a favorite among a lot of people.

And he’s in Venom currently, and he is a chameleon. He really dives into these roles, into the characters that he interprets. So I think he’d be a strong choice. That being said, what I liked the most about Daniel Craig’s choice was how unexpected he was. And I think that people often want to find someone somewhat recognizable in that active role and then say, this person is Bond-ish or Bond-like.

If you go back to Pierce Brosnan, where people campaigned for years thinking that he’d be the perfect Bond, he really wasn’t. So I’m hesitant to go for the known quantity, where there’s already kind of baggage of, is it Remington Steele you’re watching, or James Bond? And I’d rather go the Daniel Craig route of complete surprise and then let the person earn and inhabit and really embody that role.

Young: Well, so I grew up watching Roger Moore.

Young: And for me, Roger Moore was Bond, because if you think about it, as a kid, his face was everywhere, right? He was Bond, and I remember talking to my father and we would debate, and he’d say, “Sean Connery is the best Bond,” and I would say, “No way, it’s Roger Moore all the way.” And then, I think when I got to college, I went back and I watched the entire [series], every Bond film, and I lost my appreciation for Roger Moore.

I will say that, and I much preferred Sean Connery over Roger Moore, so I would say that now, sadly, Roger Moore’s actually my least favorite of all the Bonds, but I think Daniel Craig is actually my favorite. I think what he’s done, in terms of the seriousness, the depth of character, the psychological introspection that [he gave] that character, is amazing.

And in a way, Timothy Dalton gave a hint toward that, but people weren’t quite ready for it back then in the ’90s, whereas I think we’re appreciating it in this moment.

Brown: So, this series obviously has been made since the early 1960s. How does a Bond movie read differently today than it did back then? There used to be Bond girls. There used to racial and gay stereotypes that were not particularly flattering. I mean, there were a lot of things in those 1960s movies that would not play today.

Young: That’s true. And remember that the Bond films are still circulating. So whenever there’s a new Bond film that comes out, there’s the Bond retrospective in your local cinema, so you’re watching Dr. Goldfinger, and the rest.

So, those stereotypes continue forward, and even the idea of the Bond girl (we’re familiar with that phrase), even though that character type has been revised, certainly in the last decade. I mean, if you go back and think about what it was doing, it’s really a product of a sort of 1950s, early 1960s imagination of a certain type of British masculinity, right?

As the Empire is on the decline, as the colonies are asserting independence, it’s this last sort of gasp of empowered white male English authority, or British authority. And so, if you put it in that perspective and then see how it’s this person going out and engaging these others. Whether it’s stereotypical and racialized women, if it’s him going to the Caribbean, which becomes somewhat stereotypical, going to Harlem, which becomes even more stereotypical… With Bond films, that’s what it is. But I think, thankfully and wonderfully, the Bond franchise has quite consciously sought to revise and to undo that.

So the role of Bond women in the [recent] films are much more authoritative. They drive the narrative with greater intent—let’s put it that way—to the point where you’re looking at their characters not as arm candy, but rather as active agents. You’re going to see more authoritative, more aggressive, more independent [women], certainly with Judi Dench, when she played the role (before she was replaced by Ralph Fiennes), as being a person in charge and in command.

You didn’t see that previously in the 1960s Bond. I will add that in the first two Bond films, you [did] have a woman as a screenwriter. And [she] wasn’t necessarily there to insert a feminist perspective, but actually to align the narrative more closely as an adaptive screenplay with the work of Ian Fleming.

Whereas I think what we’re seeing now, with this most recent Bond, it’s actually an effort to correct the blind spots in the mythology of Bond.

Brown: So, the other thing about Bond is that he is very much a mortal man with mortal vices and a handgun and a car. He is not a Marvel superhero with a cape and magical powers. Why do we still care about a mere mortal in the era of Marvel heroes?

Young: That’s a good question. I mean, I think that it’s the everyman part of Bond that people connect to. So the whole idea of Bond, according to Ian Fleming, was that he didn’t have any magic powers.

And he was a very average person. His name was James Bond, which is a very bland name. And he was just a person kind of thrown into extreme scenarios. So he was supposed to be kind of the most disinteresting thing in his environment. And that’s part of the reason why the gun, the car, the places he went, were supposed to be adventurous, because he himself was supposed to be pretty bland.

And I think what allows people to see themselves in Bond is the fact that that character, by design, was supposed to be just the average person who’s thrown into extreme circumstances, right? Later on, he became more superhero-esque, as [he began doing] all these fight scenes and elaborate choreography within [fights and battles].

But that was the initial framing of it. But to go back to your question, I think people like the mortal. I think that’s why Iron Man was so successful even within a Marvel franchise, because he’s a person who didn’t have any powers, inherently—he just kinda bought them.

Or [why] Batman is so popular within the DC universe, because he has no powers. But I do think that the fact that the average person can have these extraordinary adventures, that’s what’s so exciting. And that’s what connects Batman to Iron Man, certainly to James Bond.

Clip: “Can I get you something, sir?”

Who Will Be the Next James Bond?

There are 10 comments on Who Will Be the Next James Bond?

Who Will Be the Next James Bond?
Question of the Week Podcast
10
share this