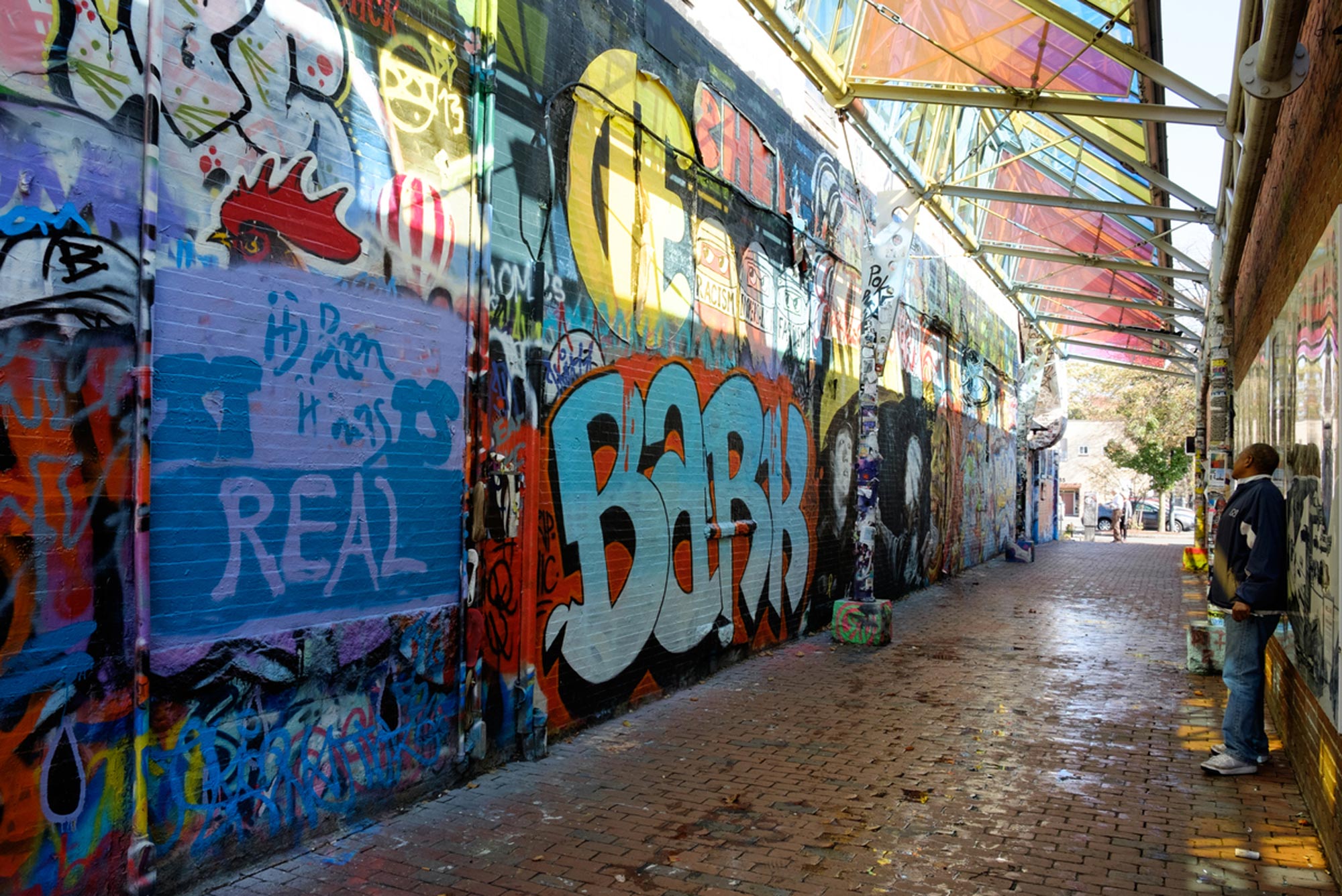 It’s possible that no two days in Graffiti Alley will display the same art, since any spot on the 80-foot stretch of wall is up for grabs to artists that stop by daily. Photo by Sean Davis via Flickr

To Do Today: Spray Paint the Walls of Cambridge’s Graffiti Alley

One of just two legal spray painting walls in Massachusetts

Graffiti Alley is open 24 hours a day for viewing. Artists can paint on the wall daily, except between 5 pm and 1 am, Wednesday through Saturday.

This 80-foot walkway, known as “Graffiti Alley,” connects City Parking Lot 5—home to Starlight Square—to Massachusetts Avenue in the heart of Central Square. It’s one of only two places in the Greater Boston area where artists can legally post graffiti art. Rookie artists often paint smiley faces along with their names, while the more advanced create full-fledged works of art.

The public walkway often reflects visual interpretations of pressing social issues and the latest headlines, including Black Lives Matter and  the 2019–2020 Hong Kong protests. Graffiti Alley is the brainchild of local artist Geoff Hargadon and restaurateur Gary Strack, whose restaurant, Brick & Mortar, forms the wall of the alley. When it opened in 2007, the two invited 30 artists from as far away as Canada to lend their talents. Since then, artists from all over the region and beyond have made it a destination, including such famous artists as Shepard Fairey, Momo, and Enzo & Nio.

There are no sign-ups or time slots, simply head over with your tool of choice and join the number of other artists who show up daily. Keep in mind that your creation might not last too long, since anywhere on the wall is fair game for use. But that’s the fun of the alley: it serves as an ever-changing outdoor art gallery. The only rule is that artists are asked to stop painting when Brick & Mortar is open for business. Their current hours of operation are Wednesday to Saturday, 5 pm to 1 am.

To Do Today: Spray Paint the Walls of Cambridge’s Graffiti Alley

To Do Today: Spray Paint the Walls of Cambridge’s Graffiti Alley
0
share this