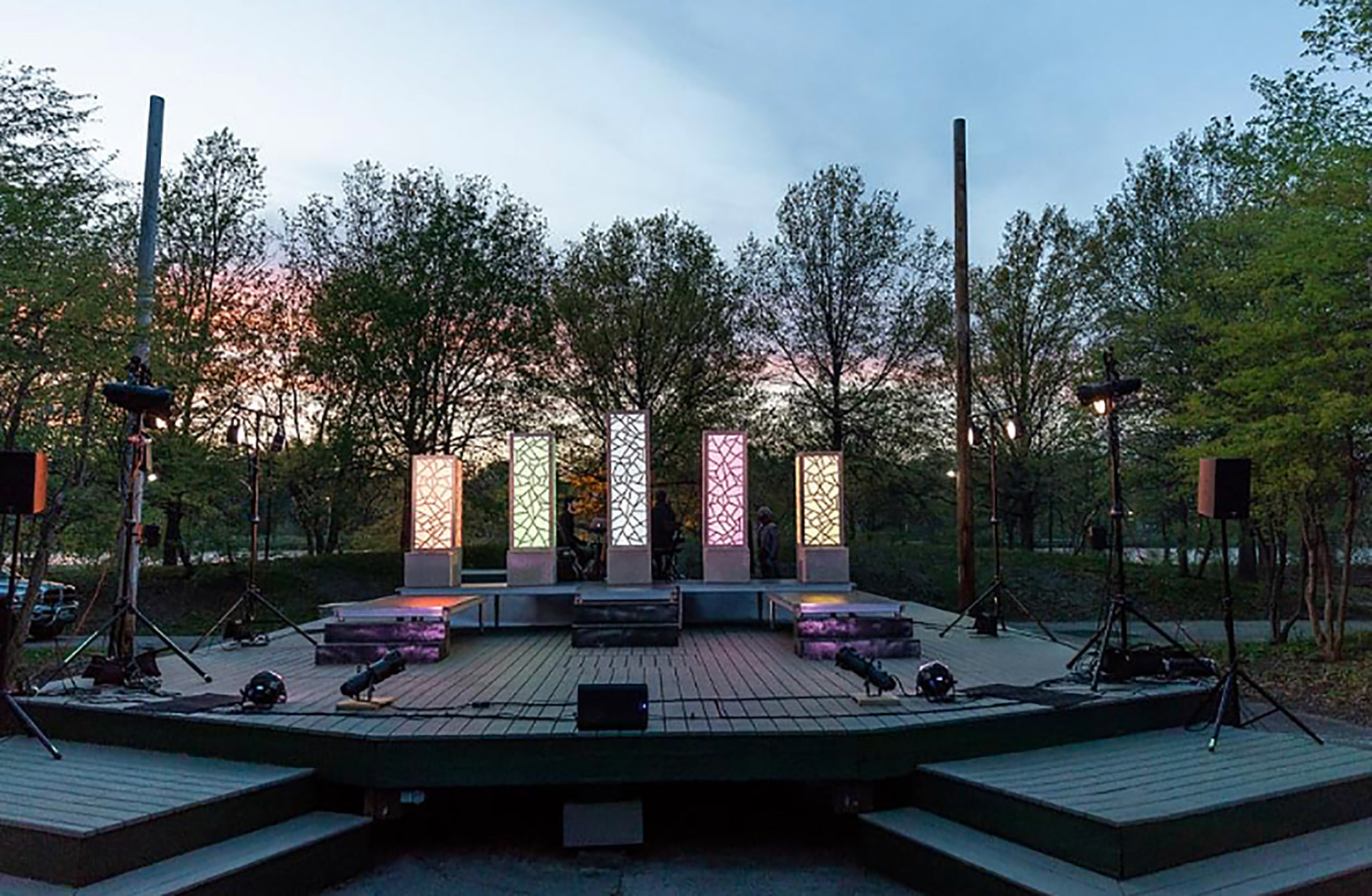 The stage at the Herter Park Amphitheater, set up before a concert. Photo courtesy Friends of Herter Park

To Do Today: Free Outdoor Concert in Allston

The park is easily accessible via bike or foot by taking the Dr. Paul Dudley White Bike Path, along the Charles River. To reach the park by public transportation, take an MBTA 70, 70A, or 86 bus to Western Ave @ Everett St, or take an MBTA Green Line B trolley to Harvard Avenue, walk to Brighton Avenue, and then turn onto Everett Street. The walk is about 1.5 miles from the T stop.

The concerts are free

The Herter Park Amphitheater (with 350 seats and 200 lawn seats), located on the south bank of the Charles River in Allston, hosts weekly concerts each Thursday from June through mid-October, featuring some of Boston’s best local artists. Tonight, Herter Park’s resident band, Sons of Levin, will be joined by local musician Alli Haber.

Sons of Levin, a band formed by brothers Dylan and Connor Levinson, released its first EP in 2019. Inspired by Phish, Grateful Dead, and other classic rock mainstays, Sons of Levin describes its sound as “an homage to previous great acts while delivering their own take on the modern jam/rock scene.”

Listen to their tunes and watch live performances here. Check them out of Spotify here.

Alli Haber is a Boston-based singer-songwriter who released her first single in 2018. Her latest, “Youth on Fire,” was just released. Check out her music here.

To Do Today: Free Outdoor Concert in Allston

To Do Today: Free Outdoor Concert in Allston
0
share this