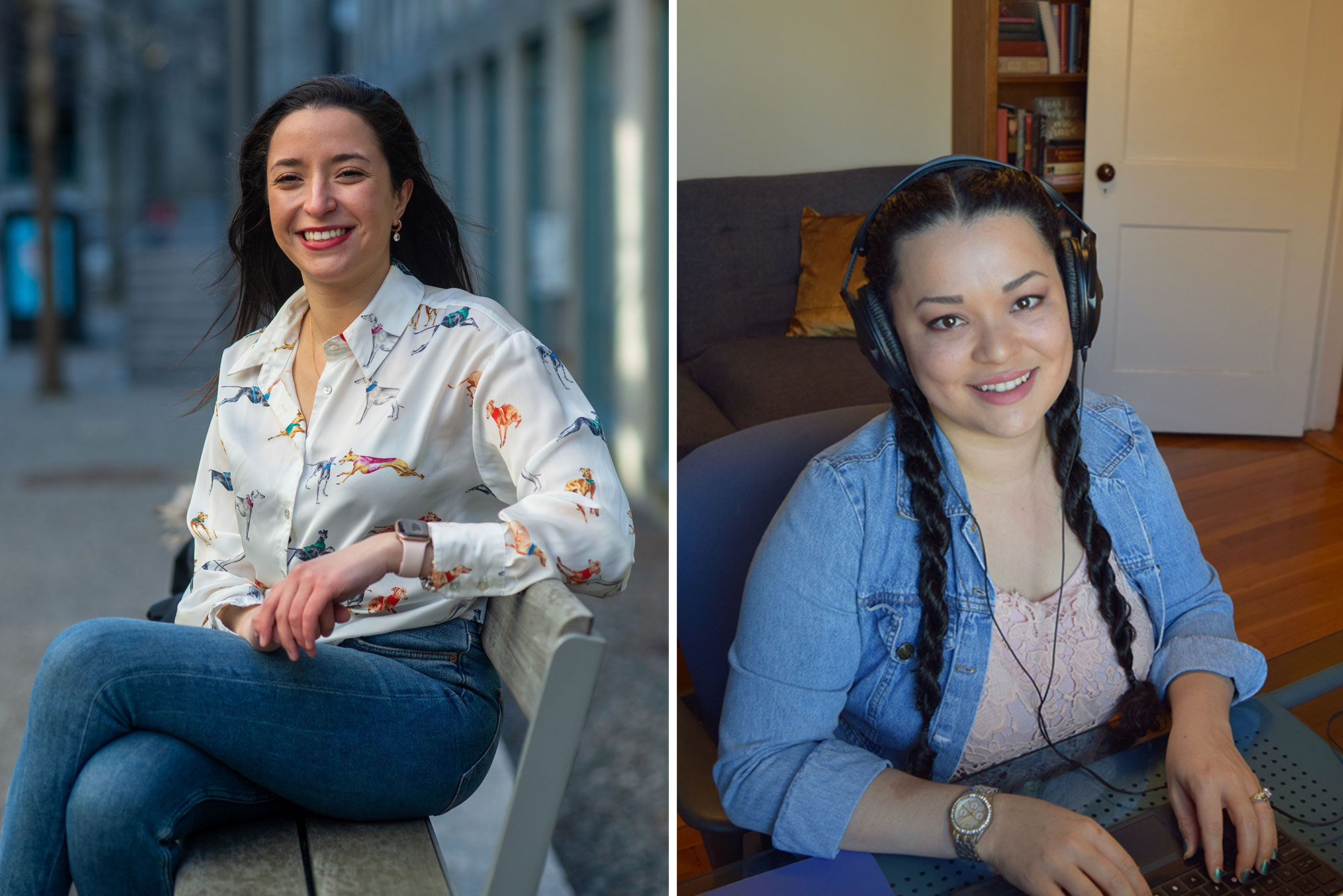 PhD Students Host Podcast on BU, Antiracism, and Next Steps

“This is your community. You want this to be a welcoming, caring community? Here’s what you can do.”

During the summer months, BU Today is revisiting some of the past year’s favorite stories. This week, we feature stories about podcasts created by students and alums.

Kiloni Quiles-Franco, a Boston University PhD student in molecular and translational medicine, is talking about trauma porn—“when marginalized students or people of color are asked to share traumatic, negative personal stories as a way of telling people what it’s like to be in their shoes.”

Quiles-Franco (MED’23), who is vice president of the Minority and International Scientists Organization (MISO) on the Medical Campus, is so tired of it.

“I don’t hate being a woman of color,” she says. “I don’t hate being a Latina woman. I love being who I am. Why can’t we talk about all the positives of who we are? There should be room in academia for having us share our strengths.” Speaking of strengths, Quiles-Franco put herself through the University of Massachusetts by working full-time in various jobs, at temp agencies, as a cook, putting together newspapers, and as a hospital lab technician.

Now, with support from the campus-wide Professional Development & Postdoctoral Affairs (PDPA), Quiles-Franco and Khadija El Karfi (GRS’26), an international student from Morocco who is pursuing a PhD in romance studies, are making room at BU for other doctoral students like them to share their strengths. They are cohosts of this season’s Vitamin PhD podcast, produced by PDPA and aimed at amplifying the voices and concerns of PhD students across the Charles River and Medical Campuses. In this, the podcast’s fourth season, Quiles-Franco and El Karfi talk with faculty, staff, and students about steps they’re taking—and steps others can take—to make BU a more equitable and welcoming community for students of color and others who are underrepresented.

“We’re trying to show that we’re past the point where you need to have international students and students of color on panels talking about all the terrible things that have happened to them,” says El Karfi, who is president of the Graduate Student Organization. “The people who put together those panels have good intentions. But we know what needs to be done. We need to get to the next steps.”

This season’s podcast was conceived as a way to continue the conversation sparked by an online curriculum, 21 Days of Unlearning Racism and Learning Antiracism, that was offered by PDPA in July 2020, after BU’s campus-wide A Day of Collective Engagement: Racism and Antiracism, Our Realities and Our Roles event. The cohosts and their guests consider a range of issues and stories, from how to be a good ally and make people care about building a more equitable campus—and world—to intersectionality and understanding racism in higher education.

“This is work that’s going to continue for a very long time,” Quiles-Franco says. “You need to care. This is your community. You want this to be a welcoming, caring community? Here’s what you can do. We’re trying to encourage people not to attack allies if they make a mistake.”

During the second episode, El Karfi and Quiles-Franco are joined by Táchira Pichardo (MED’23), a PhD student in molecular and translational medicine and president of MISO, and undergraduates Vy Hoang (CAS’21) and Merriam Lrhazi (CAS’23) from the College of Arts & Sciences Anti-Racist Initiative (CASARI).

In the episode, El Karfi asks about “social justice fatigue,” and how to encourage allies to stick with the work. “There needs to be a way to disengage activism from guilt, to just do the work,” says Lrhazi. “Pay attention to what people are doing, give resources when you can. I don’t think activists, or people of color, are responsible for making allies comfortable. That’s something they have to do on their own. You do that by listening to people who are doing the work. You need to get used to being uncomfortable, to being wrong.”

During the third and most recent episode, the hosts discuss pathways to becoming an ally with Luis D. Ramirez, a first-generation Afro-Latino PhD student in neuroscience and president of the Underrepresented Graduate Student Organization (UGSO), and Monica Wang, a School of Public Health associate professor of community health sciences and associate director of narrative for the BU Center for Antiracist Research.

“Building community is something you do every day,” Ramirez says. “A lot of this work is taxing, it takes away from our studies. I love doing it. Sometimes the work I do with UGSO feels more important than the work I do in the lab. Sometimes that creates conflict. There’s something about advocating for yourself and people like you—in one sense it’s motivating and inspiring, but in another sense it makes you feel even more like an ‘other.’ I’m trying to create these spaces; why don’t they already exist?”

Allies should speak up and ask hard questions, says Wang. “The more you go outside your comfort zone, the bigger your comfort zone gets,” she says. “You never know who you’re going to open the door for today. It could be a 10-year-old, a high school or college student, or someone very senior who never felt they could speak up until now.”

Sasha Goldman (GRS’20), program manager for PhD development in PDPA, produces Vitamin PhD. Upcoming episodes will be available on April 1, 15, and 29. Farah Sonde (CAS’22) did the sound mixing and editing for this season’s series.

PhD Students Host Podcast on BU, Antiracism, and Next Steps

PhD Students Host Podcast on BU, Antiracism, and Next Steps
0
share this