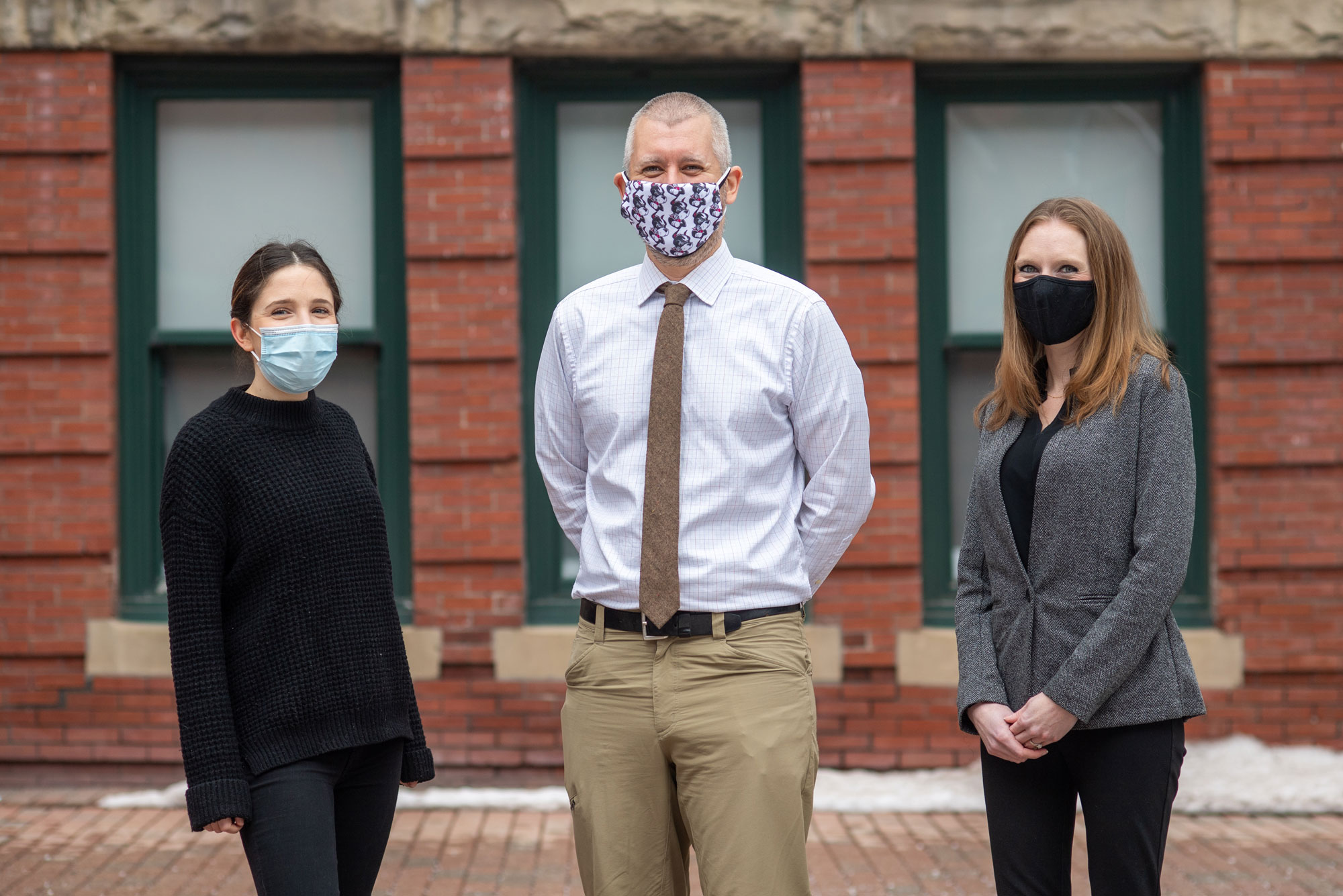 The ugly reflection America sees when it looks in the racial mirror glowers back even from the nobly intended Medicaid program. The federal-state health plan for the poor is infected by a “subversive racism,” says an analysis cowritten by BU’s Paul Shafer in a recent American Journal of Public Health.

Shafer, a School of Public Health assistant professor of health law, policy, and management, and coauthor Nambi Ndugga of the Kaiser Family Foundation found a not-coincidental commonality among the dozen states that rejected generous federal subsidies to expand Medicaid. “The percentage of likely eligible Black residents was 10 points higher in states that chose not to expand their Medicaid programs than in states that did,” the article notes.

At the same time, as the country’s largest health insurance program, Medicaid is “an unsung hero in American health care,” disproportionately insuring pregnant women of color, who are more likely to die during pregnancy than whites, says Shafer’s colleague Sarah Gordon, also an SPH assistant professor of health law, policy, and management. Research suggests states that did expand Medicaid have prevented thousands of deaths.

Race, poverty, and efforts to contain COVID-19 all meet in Medicaid. With President Biden front-burnering racial equity and healthcare, BU has concentrated formidable brainpower about the program in a new Medicaid Policy Lab. SPH-based but leveraging faculty across the University, the lab researches Medicaid’s intersection with racial justice, COVID-19, and other issues. Shafer and Gordon codirect the lab with Megan Cole Brahim, another SPH assistant professor of health law, policy, and management.

Among the lab’s projects is one Shafer leads: how North Carolina’s program is faring amid the pandemic, from enrollment levels to health needs. Others are Gordon’s study of how pregnant women of different races and ethnicities differ in terms of timing in enrolling in Medicaid, and Cole’s research into Massachusetts Medicaid’s quality of care and integration with other social services.

Grants for these studies have come from various public and private funders, among them the National Institutes of Health, the Robert Wood Johnson Foundation, and the Commonwealth Fund. Ultimately, the directors hope for permanent funding to support a full-time staff. They know of only one other school, the University of Pittsburgh, with a similar lab.

A large share of our population and electorate view those on Medicaid and other social safety net programs, like food stamps and welfare, as undeserving, or ‘takers.’

Cole says that the lab not only fosters collaboration among BU’s different Medicaid experts, but “aligns strongly with our school’s commitment to health equity and with our ties to a large safety net health system.” Boston Medical Center (BMC), the School of Medicine’s teaching hospital, is a federally designated safety net hospital because of its large number of needy patients.

“We had lots of faculty doing important Medicaid-focused work through very interdisciplinary lenses,” Cole says, “including policy, economics, law, political science, and medicine. The three of us saw creating the lab as an opportunity to foster stronger collaborations, to build and collectively utilize shared data infrastructure, and in some ways formalize something that was already there in all but name.”

Medicaid is a patchwork of differing eligibility rules and benefits state-to-state. “We would love to develop this lab as a resource for technical assistance for states to work on designing and evaluating changes to their Medicaid programs,” Shafer says.

The Trump administration tried to roll back Medicaid, as when it let states require recipients to work in an effort to shrink enrollments. The lab’s directors recently wrote a JAMA Health Forum article predicting different approaches from the Biden administration. Among them, Cole says, is a halt to work requirements and revoking work requirements already in effect.

Moreover, if the president grafts his proposed “public option” health plan onto Obamacare, he’ll sidestep the politically radioactive debate over Medicaid expansion in states that refused it, Cole says. “More than 4.8 million low-income Americans would gain coverage in those states” under the option, according to Cole.

Medicaid’s reimbursement rates to doctors and caregivers are low. “It’s often difficult to find a provider who will accept your insurance,” Cole says, because of this. “This is particularly true for psychiatry, which leads to significant unmet need.” Biden may test-run fixes, from working with states to boost reimbursements to making telehealth, where feasible, something that outlasts the COVID-19 pandemic.

”A large share of our population and electorate,” Shafer laments, “view those on Medicaid and other social safety net programs, like food stamps and welfare, as undeserving, or ‘takers.’ This makes the politics of Medicaid incredibly challenging to navigate.”

He and his colleagues bring formidable policy chops to address that challenge. Cole’s résumé includes hands-on work with state and federal agencies on Medicaid issues. Gordon did a first-of-its-kind study of the impact on postpartum patients of Medicaid’s expansion under the Affordable Care Act. Shafer is a former fellow at the federal Department of Health and Human Services. The lab’s half dozen affiliated faculty include Nicole Huberfeld, Edward R. Utley Professor of Health Law, Bioethics, and Human Rights and a School of Law professor, who wrote an article that was cited by the US Supreme Court in its landmark 2012 decision upholding Obamacare.

Besides crunching numbers, the directors hope to do larger-scale surveys of actual Medicaid patients, who can provide data unavailable otherwise, Gordon notes: “the day-to-day experience of what it is like to be a Medicaid enrollee—the potential stigma enrollees may feel, the administrative hurdles that enrollees have to jump through to get services covered.”

“Numbers show you the what,” Shafer says, “and conversation gives you the why.”

There is 1 comment on New BU Lab Studies Medicaid, Where Racism, Poverty, and COVID-19 Meet