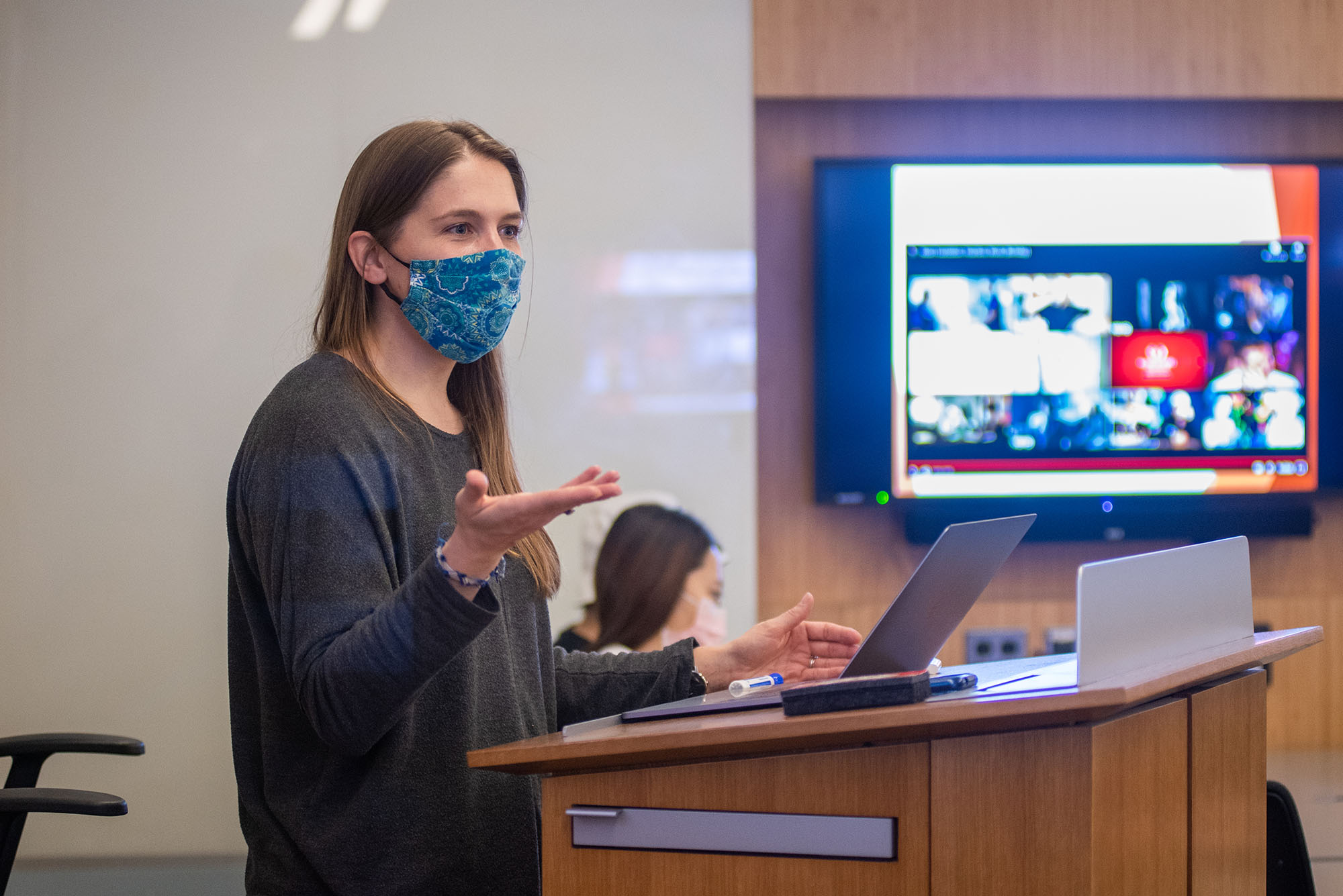 Want to Learn about Neglected Tropical Diseases? Sign Up for This Sargent Course

Haven’t heard of them? That’s because they’re 3 of the 20 afflictions classified by the World Health Organization as neglected tropical diseases (NTDs), a group of parasitic, bacterial, and viral diseases that affect close to two billion people worldwide, almost always in impoverished communities. (Among other NTDs are more “famous” ones, like leprosy and rabies.)

These little-known diseases are also the subject of Neglected Tropical Diseases, a Sargent College of Health & Rehabilitation Sciences course taught by Malwina Carrion (SPH’11,’22), a Sargent lecturer in health sciences.

But how is it that diseases that impact almost one in five people worldwide are considered neglected? Because, Carrion says, their distribution is anything but proportionate.

“These diseases are neglected, in part, because they’re [usually] not fatal,” she explains, but can result in serious side effects, like blindness (trachoma) and permanent disfigurement (lymphatic filariasis). “And by and large, they impact the poorest of the poor, so they don’t get the attention other diseases do, and the people they affect don’t have the resources to advocate for themselves.”

As the Centers for Disease Control and Prevention notes, NTDs are typically found in the subtropical regions of the world, in communities that don’t have access to clean water or safe waste disposal. In her course, Carrion provides students with an overview of each of the 20 NTDs, as well as treatment and control strategies.

She developed the course when she joined Sargent in 2018.  She had spent the previous decade working in the NTDs field as a researcher and educator and was well aware of the information gap about the diseases. At the college level, few—if any—classes existed that specifically taught students about NTDs.  She thought that creating an NTD-focused course for the next generation of public health professionals was one way she could help close the gap.

“Infectious diseases doctors don’t even know about [NTDs],” says Carrion, who has a grant  from the CDC to study Chagas disease. “There’s just no better term than ‘neglected,’ in every sense of the word.”

Today, Neglected Tropical Diseases is one of only a handful of NTD-specific college courses in the country. Each class is dedicated to a different NTD or public-health topic. Students learn about each disease’s causes, symptoms, impacted populations, treatment methods, and more. Other classes cover topics such as ethics and mass communication. Guest speakers include specialists like Carrion colleague Richard Wamai, a Northeastern University professor who does fieldwork in Kenya treating leishmaniasis.

The course also examines the diseases in the context of global public health. As Carrion points out, effective treatments, like antibiotics, exist for almost all of the NTDs. Several of the diseases could actually be eradicated if the proper resources were devoted to them: why that hasn’t happened yet—and whose responsibility it is—is also covered in the class.

The first semester she taught the course, Carrion says, she had only 12 students. Now, three years later, the class fills up as soon as registration opens. Most of those enrolling are premed students or those interested in pursuing careers in public health.

“I will say that if they don’t come in enthusiastic, or at least interested in, NTDs, by the end of the class most students are really affected by the course,” Carrion says. “Students will tell me that they now want to go into neglected tropical diseases. Or they’ll say things like, ‘I want to be a dermatologist, but I want to incorporate the [dermal] diseases into my practice.’”

Mable Lin (CAS’22, SPH’22) signed up for this semester’s course because of an interest in infectious diseases. She was hoping to learn more about NTDs—which she previously knew nothing about, she says, even with her neuroscience major and public health minor. The most revealing part of the class so far? The diseases’ treatability.

“It was shocking to learn that almost two billion people suffer from diseases that could be mitigated by feasible solutions,” Lin says. Equally striking to her? How complex organizing those solutions can be. “Over the semester, I’ve become familiar with the need to consider sociological, political, and economic relationships” in combating NTDs, she says. “It’s also been important to have tough discussions on the ethical considerations and responsibilities of pharmaceutical companies and governments in aiding these populations.”

Carrion teaches Neglected Tropical Diseases in both the fall and spring semesters, and sometimes during summer sessions as well. Even if her students don’t follow her into the infectious diseases field, she says, she hopes what they learn in her class sticks with them.

“One of the reasons I find NTD work so important and frustrating is that the diseases impact so many people, but no one really knows about them,” she says. “I always say on the first day of class, ‘This isn’t about memorization. You don’t need to know the Latin name of the parasite that causes a specific disease because that isn’t really useful.

“‘What I want is for you to be at a cocktail party five years from now, and you or someone else brings up NTDs—and you still have that knowledge. I want them to be on your mind, and for you to still think about them.’”

The course, Carrion says, is part of her mission to draw more attention to these neglected diseases. “I knew I wanted to teach this course when I came to BU. I just thought, if I at least start spreading the word, maybe I can raise some awareness in a younger generation. Hopefully I can inspire some change, in my own small way.”

Want to Learn about Neglected Tropical Diseases? Sign Up for This Sargent Course

There is 1 comment on Want to Learn about Neglected Tropical Diseases? Sign Up for This Sargent Course