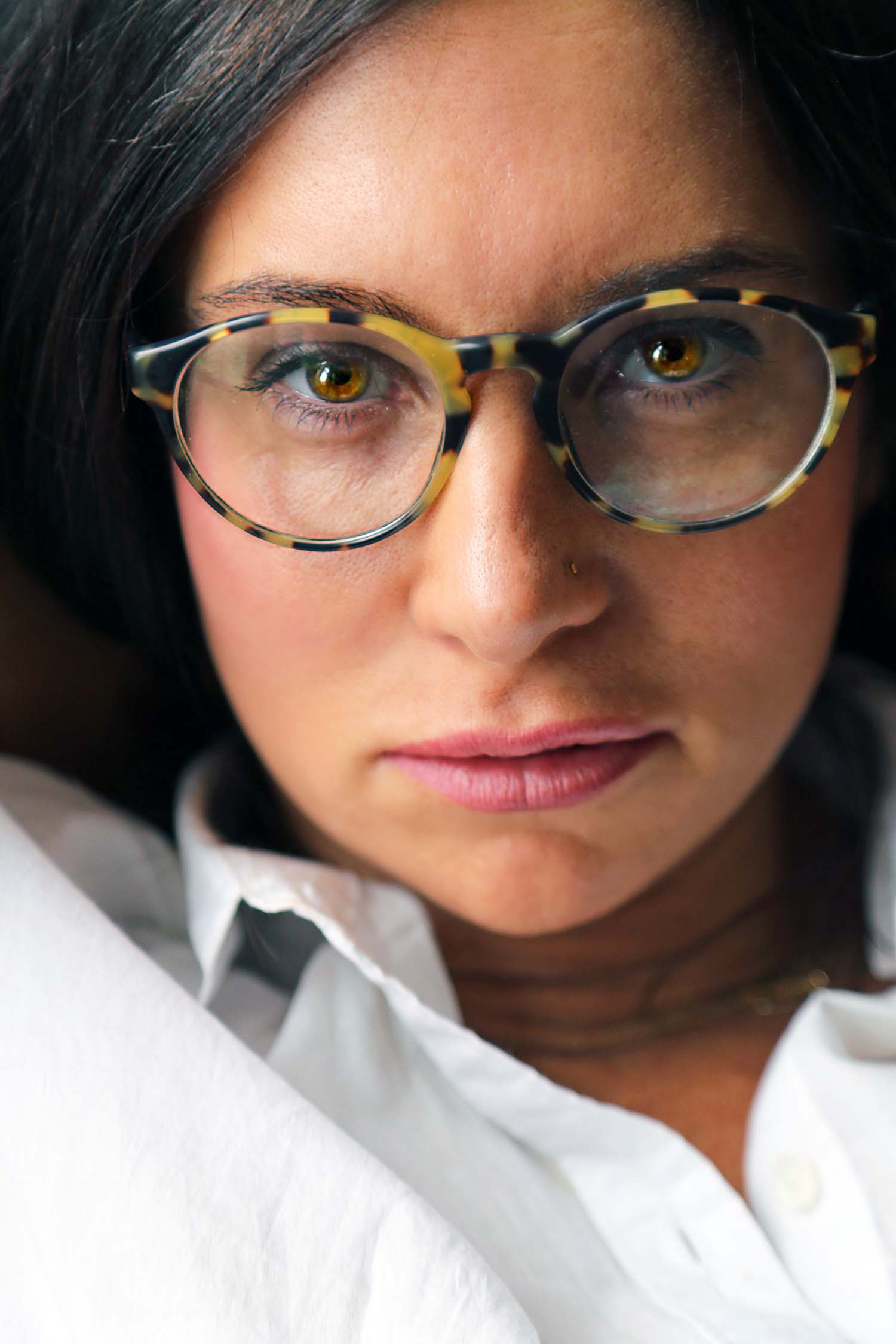 Her MFA Thesis Became an Acclaimed Novel. Here’s How Lisa Taddeo Did It

In the first paragraph of Animal, Joan, the novel’s protagonist, watches her married lover fatally shoot himself while she dines at a restaurant.

It’s downhill from there for Joan in Lisa Taddeo’s acclaimed fiction debut, published in June.

As the tale unfolds, “Joan suffers, commits or bears witness to rapes, child molestation, suicide and murder,” the New York Times review says. “In the midst of the financial crisis of 2008, a Wall Street trader pays her a thousand dollars to kick him in the testicles. There’s also a forced abortion, a pregnancy test taken at gunpoint and a stunningly graphic miscarriage that leaves the expectant mother covered in blood and holding the fetus in her hand.”

Taddeo (GRS’17) will read from Animal (Simon and Schuster, 2021) tonight, Wednesday, November 17, at 7 pm, by Zoom, for BU’s annual Ha Jin Visiting Lecture Series. The novel, begun as her thesis for BU’s Creative Writing Program, grew, in part, out of her own struggles. Her father died in a car accident when she was 23 (she’s 41 now); lung cancer killed her mother five years after that. When she was pregnant with her daughter, now six years old, doctors found a growth on Taddeo’s pancreas that they said was likely to kill her. She defied their prediction.

“I hope BU students can see what extraordinary work Lisa Taddeo has been doing,” says award-winning novelist Ha Jin (GRS’93), a William Fairfield Warren Distinguished Professor and College of Arts & Sciences professor of creative writing and the lecture series’ namesake. “The novel was actually started in our program, and we are proud of its publication. It shows that our students have been doing serious work.”

BU Today: Animal was your thesis. How did your studies influence you to write it?

Lisa Taddeo: I was reading so much Natalia Ginzburg at the time, and just so engaged with the blunt work of writers like Lucia Berlin and Grace Paley, women writers who had dealt with so much hardship. And as someone who has also been through a gauntlet early in life, I wanted to write about the fury and fever of being a woman, in all its bloody glory.

BU Today: What did you set out to do in writing Animal?

Lisa Taddeo: I love the Cesar Cruz quote, “Art should comfort the disturbed and disturb the comfortable,” and with Animal, I was aiming for the former. I wanted to speak to the people who had been through a lot in their lives, I wanted to write a book for those people, those who had been bloodied by life, so that they might feel less alone.

BU Today: You’ve said that you haven’t enjoyed your success as a writer. Can you explain?

Lisa Taddeo: I’m a very anxious person, and much of what comes with success—travel, speaking at events—kicks up a lot of fear in me, and it inhibits me from writing. So that success kind of prevents me from doing the only thing I want to do, the only thing that is cathartic and feels right to me, which is writing. But without the success, it would not be as easy to keep writing, and so it’s a catch-22 and a problem I am grateful to have. I just wish the success had happened to the version of me who exists in the clouds, without panic.

BU Today: What are you currently working on?

Lisa Taddeo: My collection of stories, Ghost Lover (Simon & Schuster, 2022), comes out this summer. And I’m also working on a nonfiction book about grief. And I’m currently in production on the Showtime adaptation of Three Women, which should be out next fall.

Her MFA Thesis Became an Acclaimed Novel. Here’s How Lisa Taddeo Did It

Her MFA Thesis Became an Acclaimed Novel. Here’s How Lisa Taddeo Did It
0
share this