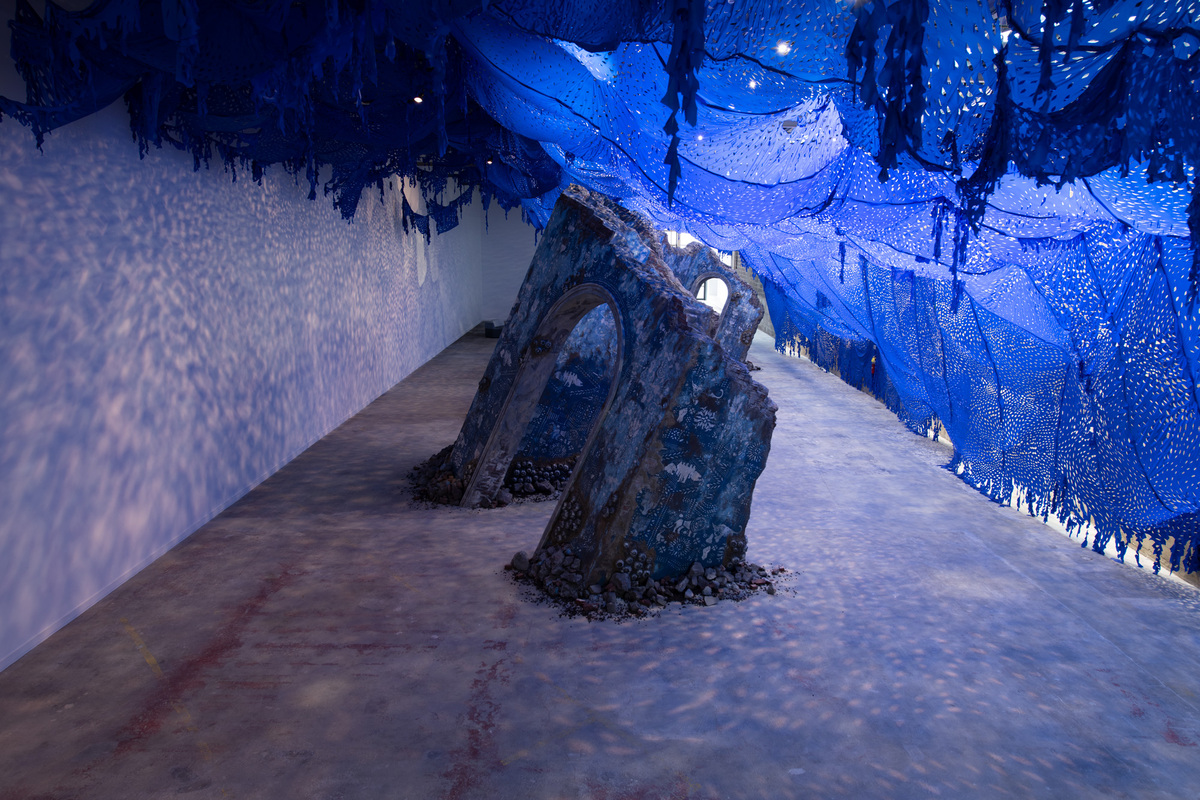 To Do Today: Visiting Haiti’s Past at This Year’s ICA Watershed

Admission to the Watershed itself is free and included in the purchase of a ticket to the ICA.

Few museum exhibitions have generated more buzz this summer than this massive installation by acclaimed artist Firelei Báez at the ICA Watershed In this sculpture—her largest to date—situated in the Watershed’s massive hangar, Báez reimagines the Sans-Souci Palace in Haiti, which was built in 1811 for Henri Christophe, a revolutionary leader in Haiti. Much of the actual palace still remains, though the area, now a UNESCO World Heritage Site, has been damaged by repeated earthquakes. Here, the artist has recreated the historic and often overlooked ruins through a series of enormous archways, slanting walls, patterned fabric, and symbols of Haitian history that give one the sense of traveling through time. Báez also demonstrates her considerable talents as a painter with a large-scale mural that features symbols of her maternal Dominican heritage. The lighting gives visitors the illusion of being underwater.

A motion sensor embedded within the archways is activated as guests weave in and out of the sculpture, triggering voices in several languages that recite their personal stories on immigration, a lived experience for Báez, who was born in the Dominican Republic and split her time growing up between that country and Haiti.

In addition to Báez’s work, the theme of Black history is further complemented by Boston-based artist Stephen Hamilton’s Indigo, a series of intricate tapestries featuring patterns and portraits that pay tribute to the tradition of indigo dyeing in West Africa. The textiles are accompanied by text that recounts the historical contributions of West Africa to indigo use in the Americas, as well as a depiction of some of the indigo dyeing techniques Hamilton adopted during his research in southwestern Nigeria.

To Do Today: Visiting Haiti’s Past at This Year’s ICA Watershed

To Do Today: Visiting Haiti’s Past at This Year’s ICA Watershed
0
share this