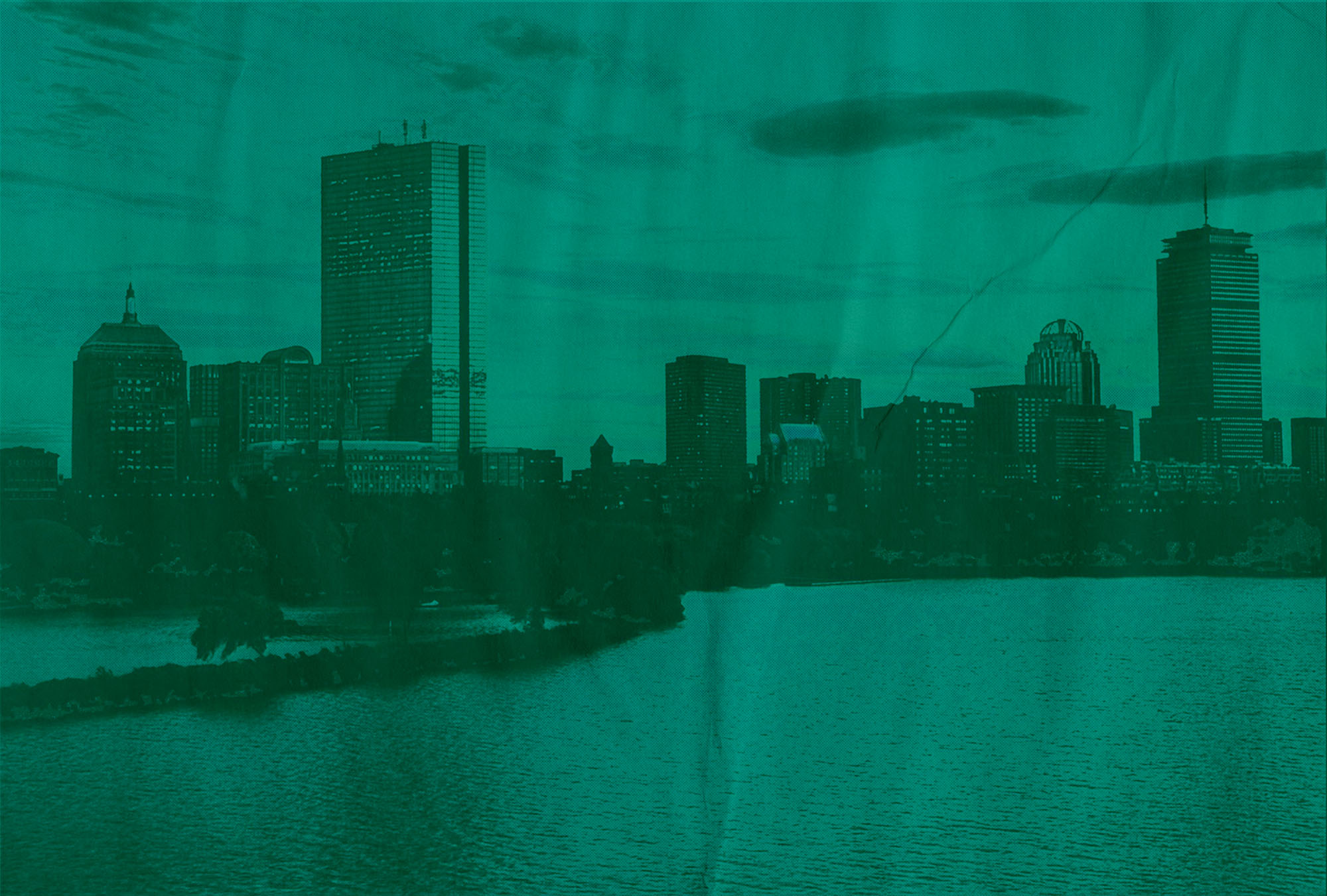 A conversation with Thomas Whalen, a BU College of General Studies associate professor of social sciences, about whether a new mayor can improve a city. Whalen also discusses the historic 2021 Boston mayoral race between Michelle Wu and Anissa Essaibi George (CAS’96) and how previous mayors have brought about transformative changes in the city.

Dana Ferrante: This is Question of the Week, from BU Today. What can a new mayor do to improve a city? In this episode, Doug Most, BU Today executive editor, talks to Thomas Whalen, a BU College of General Studies associate professor of social sciences, about whether a new mayor can truly improve a city.

As an historic mayoral election approaches in November, Whalen also reflects on how previous mayors have brought about transformative changes in the city of Boston.

Doug Most: There’s no question that this is a historical moment for Boston. It will be the first time that a woman will be elected as the mayor of Boston.

Thanks for joining us, Tom.

Thomas Whalen: My pleasure. Well, I think history shows that, yes, mayors individually can indeed change the course of a city like Boston. You look back to the late 1940s, Mayor [John B. Hynes], “Whispering Johnny,” as they called him. He was a former city clerk who was a very kind of mild-mannered, quiet type but he challenged James Michael Curley for the mayorship in 1949 and narrowly beat him.

And Curley represented all that was bad about the first half of the 20th century in Boston, in terms of your corrupt, Irish machine politician mayor. Curley did a lot in terms of expanding public transit, increasing basically the safety net for regular Boston citizens, but he was corrupt as all else.

And the New Deal administration in Washington, D.C., in the 1930s and ’40s did not give Boston its fair share of federal aid as it did other cities because they thought it would just end up in Curley’s pockets. But Johnny Hynes was incorruptible, he was an honest man, which seemed like something new in Boston in the middle of the 20th century.

And he was particularly appealing to the veterans coming back from World War II, who had served during the war and wanted to basically enjoy the new middle-class life that was sprouting up throughout the country, getting over and beyond the Great Depression years. So Johnny Hynes seemed to speak to that electorate, and he responded very well.

He did a lot in terms of improving Boston. He was in charge of a lot of slum clearance, using federal money, for example, to create all sorts of face-lifts throughout the city. He also created the Boston Redevelopment Authority, which laid the basis for everything that followed in terms of major civic projects, public projects, including the most controversial project of all, which was the leveling of the West End neighborhood. Which, to be frank, was a slum by the middle of the century. And that was done away with. But he also created commissions like the Government Center commission that laid the basis for modern-day Government Center. And the removal of Scollay Square, which was a very kind of colorful place, at the beginning of the 20th century.

Most: Can you talk about the election of a woman for Boston? Not only that, but a person of color? How can that impact the face of a city? And is that something that you think can bring about change?

Whalen: Well, I think it can and will bring about change.

When you think of someone like Michael Che of Saturday Night Live, who went on national television and proclaimed Boston the most racist city in the country. And that stigma has always [been] with Boston ever since the busing crisis—the federal desegregation of the Boston Public Schools in the mid 1970s.

With a mayor of color who is going to be calling the shots, that will do well to dispel those old stereotypes.

Most: Are there certain things that you feel like Boston could use to transform that maybe aren’t necessarily political, but are perhaps cultural? Are there some things that you think a new mayor, a woman, person of color, [could] bring about, sort of cultural changes, that might help transform Boston?

Whalen: Right. Well, I think just in a broad cultural sense, we pay homage throughout Boston to our dead white heroes of the past, right? But there were all sorts of important people of color, who have roots here and led major national causes. And a person in color as mayor could really bring attention to that.

And also to kind of lay to rest the many sins of Boston’s past, including Faneuil Hall, which was named after a slave trader.

Most: [In regard to] the power of the mayor’s office in Boston, is it the same for every city? Does Boston have any restrictions or nuances in the way its government is structured that you’re aware of that sort of limit the impact that a mayor can truly have on the city?

Whalen: Well, I think the mayor is one of the more powerful mayors in the entire nation. And when you think about it, the mayor in some ways has far greater influence than the governor of Massachusetts. The governor is actually kind of a step down because the Boston mayorship has a lot of patronage within their grasp, so that automatically gives them power.

And in the background, you have always a governor kind of waving his arms and saying, “Hey, remember me! I’m the big important man here.” And it was interesting, I thought, Governor [Charlie] Baker and Mayor [Martin] Walsh, they were able to collaborate together on issues they agreed on. And I think that’ll be important moving forward.

Whether whoever is elected mayor can work with the Baker administration, to have a common goal here to bring both the city and state to a more prosperous future [remains to be seen].

Most: Looking back at the two more recent mayors of Boston, Mayor [Thomas] Menino [Hon.’01] and Mayor Walsh, can you talk about any transformative impacts that you feel that the two of them had? That could be a harbinger of what a new mayor, whether it’s Wu or Essaibi George, could do.

Whalen: Well, I think Mayor Menino should get a lion’s share of the credit here because he came up with the idea of the Innovation District, for example, in the Seaport. And that has transformed what was a blighted area into a major, pulsating new heart of the city, with all sorts of new business. And Walsh kind of capitalized and built upon that. So they kind of were a continuous strain here. And Boston needs to do more of that. Widett Circle is kind of the last major piece of land that could be developed into another Seaport-like district.

During the unsuccessful fight to get the Olympics here that Walsh led, the idea was Widett Circle would be part of this, it would be the Olympic stadium. And after the Olympics were over in [2024], then you could remake it for city purposes or private business. You could develop the last kind of major neighborhood for Boston.

And I think [for] things like that, you need the kind of a vision to move forward, to basically attract investment, but also not forget regular Bostonians who are finding it increasingly hard to stay in the city on middle-class incomes.

Most: And since we are talking here at BU, can you talk about how important the relationship is between a mayor and the higher education institutions in their city?

Whalen: Well, I think it’s absolutely essential. I mentioned Mayor Hynes, but also Mayor Kevin White [Hon.’74]: they both drew upon the higher education community to basically sit on these commissions, in these authorities here, to develop plans to remake a newer and more innovative Boston. And there’s always been, at least in the 20th century, moving forward, that kind of polarization between the higher ed institutions and the mayor’s office.

And I think that is a good and essential thing. Because we have all this brain power within a few square miles [and] the city should take advantage of it. And I think it has to a spectacular degree since the late 1940s. That’s why we have the [Massachusetts Route] 128 belt that circles the city and has created this kind of major, high-tech economy that’s still the envy of the world in many respects.

Most: So, I’m not gonna ask you for a prediction on November 2, but are you just excited in general to see what this election does for Boston?

And I think voters in Boston should really rise to the occasion, to see to this historic moment, and go to the polls in record numbers. Because this will determine maybe a generation of leadership. Because when you have an open mayoral seat, it happens very rarely in Boston history.

And if you do win that open seat, chances are you’re going to be around for maybe 10, 20 years. So, especially now in these times—where we have the pandemic we’re dealing with, major national, political, and economic crises—having someone in the mayor’s office who is competent, who is well-supported by the people of Boston, it could make a critical difference.

Most: Tom, thanks for giving us a few minutes today; interesting insights. I think it’s, like we talked about, a historic moment for Boston, so thanks for the time. We appreciate it.

Ferrante: Thanks to Tom Whalen for joining us on this episode of Question of the Week.

To find out more about the upcoming mayoral election in Boston, check out WBUR’s voting guide in the show notes. And while you’re there, please remember to rate, share, and review us on your podcast app of choice.

What Can a New Mayor Do to Improve a City?
Question of the Week Podcast
0
share this